BOOK REVEAL: Hunt of the Gods by Amy Braun 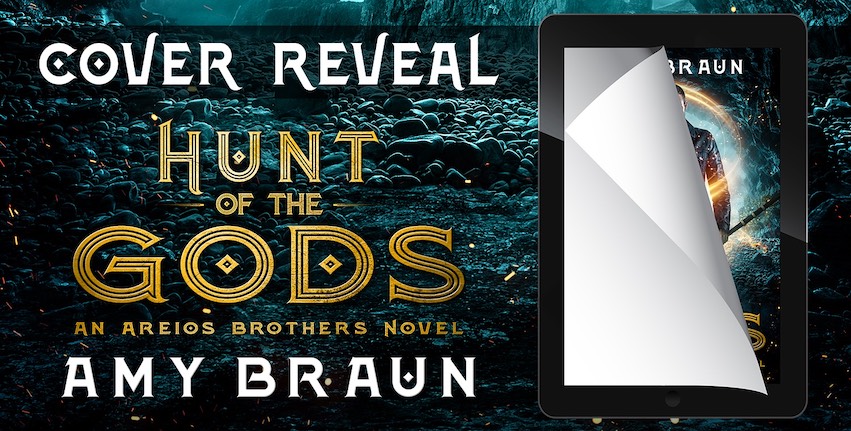 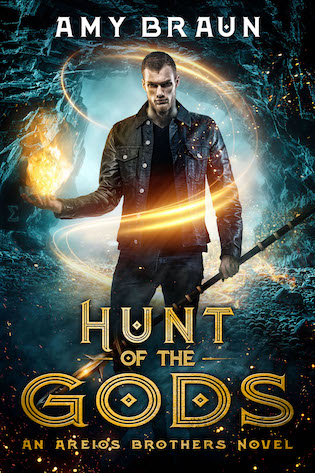 Two months have passed since Derek Areios—war-scion and heir of Ares—and the band of rogue scions he’s aligned with recovered both the Thunderbolt of Zeus and the Heart of the Devourer and returned them to the Gods. During the battle, Derek discovered he could control not only the element of fire, as all war-scions can, but also the dark element “aether,” making him the only scion alive to wield two types of elemental magic.
Commanded by Zeus to retrieve the Trinity Weapons and the Shards of Cronus, Derek and the rogue scions are thwarted in their goal by a gang of water-scions with a grudge against one of the rogues—Thea, heir of Poseidon. Both groups travel to an uninhabited island to recover one of the Shards––the Eye that belonged to Cronus, King of the Titans. But what they encounter will lead them down a path of brutal betrayals, hard truths, painful memories, and desperate actions.
With angry and impatient gods breathing down his neck, a curse that allows Ares to control him, a prophecy he’s desperate to avoid, a magic spear corrupting his thoughts, and two forms of elemental magic, Derek has a lot of baggage—and a lot of power. Will the price of using that power to satisfy the Gods be too much for him to pay?
Mythological monsters, explosive magic, and devastating truths take center stage in the second novel of the action-packed AREIOS BROTHERS series from Amy Braun.

Add to Goodreads
Sequel to: 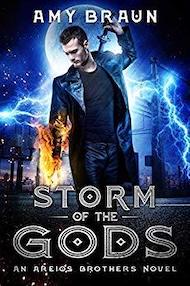