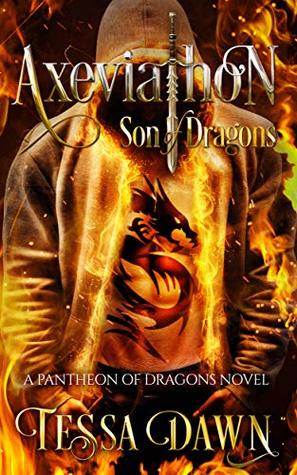 As an immortal mercenary and all-around badass, Axeviathon Saphyrius has spent the last two centuries in service to a fearsome dragon lord, while biding his time awaiting his fated female – the one woman he is destined to claim and love.
He never expected to be cast into a nightmare fraught with shadow-walkers, sin-eaters, and lethal pagan enemies – he never expected his chosen mate to be up to her eyeballs in the same malevolent cult or to be used as an unwitting pawn in an epochs-old rivalry. So when his amulet heats up and her eyes turn sapphire blue, he knows he is in for a wild ride. This won’t be an ordinary claiming.
Amber Carpenter’s life may as well have been cursed. From her rocky upbringing in the foster-care system to her terrifying abduction at age fifteen by a ruthless pack of thugs, she has learned to play the hand life deals her. And somewhere along the way, she has even made peace with her tragic fate.
When a gorgeous, yet savage warrior strolls up to her teller line in King’s Castle Credit Union, Amber knows right away that something is wrong…


The way he looks at her…
The way he approaches her…
The fact that he already knows her name.
And his unnatural, hypnotic eyes—raven-black pupils surrounded by sapphire irises, a hidden fire blazing in their depths.
Amber knows he’ll be back.


When the savage demands of a dragyri male collide with the tragic misfortune of a human woman’s life, a race against time begins, and two very different worlds erupt into fire, passion, and devastation.
AXEVIATHON – SON OF DRAGONS 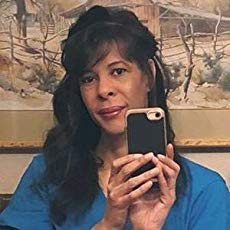 Tessa Dawn grew up in Colorado, where she developed a deep affinity for the Rocky Mountains. After graduating with a degree in psychology, she worked for several years in criminal justice and mental health before returning to get her master's degree in nonprofit management.
Tessa began writing as a child and composed her first full-length novel at the age of eleven. By the time she graduated high-school, she had a banker's box full of short-stories and novels. Since then, she has published works as diverse as poetry, greeting cards, workbooks for kids with autism, and academic curricula. Her Dark Fantasy/Gothic Romance novels represent her long-desired return to her creative-writing roots and her passionate flair for storytelling.
Fifteen books later, Tessa now has readers in over 100 countries, and her novels have reached #1 bestselling status, eighteen times. Her personal author-ranking has climbed to #2 in Horror and #11 in both Fantasy and Paranormal, placing her on the Amazon charts next to two of her favorite authors: Stephen King and Sherrilyn Kenyon.
Tessa currently splits her time between the Colorado suburbs and mountains, but she hopes to one day move to the country where she can own horses and what she considers "the most beautiful creature ever created" -- a German shepherd.
Writing is her bliss.
Website / Goodreads / Facebook / Twitter / Mailing List / Instagram