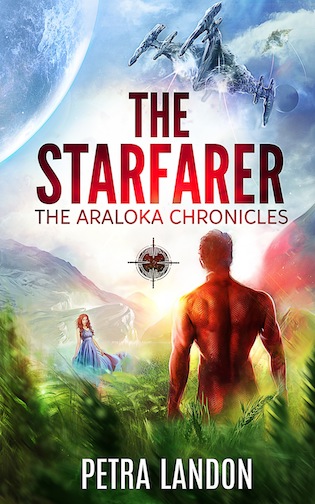 A feisty farmer with a dangerous heritage and a mysterious starfarer from a mighty race engage in a delicate dance of love, faith, longing and survival, while the sector burns around them!
A powerful entity readies to join the brutal war in Sector Araloka. The Ur’quay’s return to their old stomping grounds will have repercussions for the sector — affecting the present, changing the future and shining more light on the past.


Sila
Sila Gatherer hides a deadly secret on a rural planet. Until an accidental encounter with an alien starship changes her life. Threatened, exiled and adrift, Sila must learn to survive far from home and everything familiar.

Zh’hir
Star Captain Zh’hir Mu’raat is Ur’quay – legendary starfarers renowned as warriors and explorers. On a desperate mission to a distant corner of the galaxy, his world collides with Sila’s. Thrown together, the starfarer and his accidental captive forge an extraordinary bond.

The farmer & the starfarer
Drawn to each other despite the odds, Sila and the Star Captain must fight for a future together as the war, her ability, Ur’quay tradition and a complicated legacy test their faith. When a powerful foe threatens their new coalition, they race against time to unravel a centuries-old secret. With the fate of Sector Araloka and the Ur’quay at stake, can the starfarer follow his heart or will history repeat itself again …


Author’s Note : This is the second book in The Araloka Chronicles, a collection of SciFi Romance & Space Opera with swashbuckling adventure. The story is standalone, though the reader’s experience will be enhanced if the books are read in order. 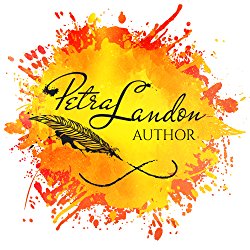 An avid reader all her life, only recently has Petra allowed her own imagination to run riot. She loves to travel and reads everything she can get her hands on. Her idea of a good read is one where the story and characters linger, long after the book has been set aside. She strives to write fantasy with vivid characters and elements of adventure, mystery and romance juxtaposed together, since those are the tales she has enjoyed the most over the years. To share the stories swirling in her imagination is a labor of love and a lifelong dream come true for Petra.
Website / Goodreads / Twitter / Amazon / Mailing List / Bookbub / Pinterest