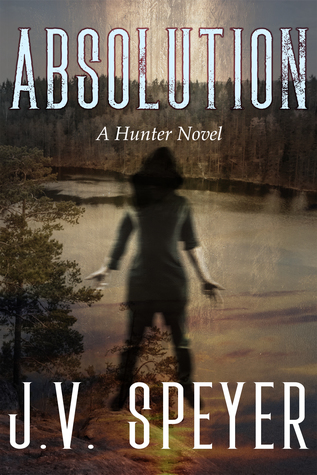 The would-be highwayman killer’s case is closed, and Luis has been cleared to return to work. He and Donovan are starting their new life together, and while they’re both a little new at this whole “stable relationship” thing they’re determined to make things work. When people start dying at Assonet Ledge, it seems like a typical case for Donovan until one of the victims turns out to be a missing person from out of state, bringing the FBI into one of Donovan’s cases yet again.
The park ranger at the site is everything Donovan isn’t, and Donovan finds himself wondering if his partner isn’t falling into old habits. Luis struggles to understand Donovan’s jealousy, which puts a strain on their relationship and the case. To top things off, there may be forces at work here that go back long before humans showed their faces, forces Luis can’t hope to understand. Will those forces propel the case, and Luis and Donovan’s rekindled romance, off a cliff?

Goodreads / Amazon / Barnes & Noble / iBooks / Kobo
—
EXCERPT:
“Well, the alternative was pretty awful, so there’s that.” Luis grimaced. “It’s grim work sometimes, and it’s sure not easy, but it’s worth it. We’re getting our happily ever after, so I’ll do whatever it takes.”
He would, too. He’d always been willing to work for his happiness with Donovan as long as there was hope. He had his concerns about working on a case together again, but they’d get through it. Like the alternative to recovery Donovan had mentioned, the other option was too awful to contemplate.
“So I’ve got to ask,” Donovan said after a few seconds. “Freetown State Forest has a reputation, right?”
“Place is full of ghosts.” Luis chuckled. He didn’t need to ask what Donovan was getting at. “Most of them were kind of static though. I guess the technical term is residual? They weren’t interacting with the modern living world at all. They were just kind of re-creating the past. It was kind of interesting to see that past, but not helpful. Some of them were a little more aware. One chased after the pickup truck the other day, when you first joined in. Or when we first joined in, depending on your point of view. Anyway, he chased after us for a while, yelling at us to ‘Get off his lawn.’ ”

“Wait, what?” Donovan burst out laughing. “You’re joking.”
“Nope. Angry old white guy sitting in an old lawn chair, drinking a beer. If it weren’t for the glow, and the fact that none of you could see him, I’d have thought he was alive. He chucked the beer at the truck, and another one appeared in his hand. If I have to be a ghost when I die, I aspire to that level of badassery.”
Donovan pulled onto the highway. “Luis, you don’t even drink.”
“I’ll throw something else then. Or I’ll start drinking ghost beers just so I can throw them at passersby.” Luis grinned. “I still feel like I’m lost at sea with all this ghost stuff, but I’m getting there.”

Want to get cocktail recipes, book updates, and craft beer notes from J. V.? Sign up here (http://eepurl.com/dtlwBH)!
J. V. Speyer has lived in upstate New York and rural Catalonia before making the greater Boston, Massachusetts area her permanent home. She has worked in archaeology, security, accountancy, finance, and non-profit management. She currently lives just south of Boston in a house old enough to remember when her town was a tavern community with a farming problem.
J. V. finds most of her inspiration from music. Her tastes run the gamut from traditional to industrial and back again. When not writing she can usually be found enjoying a baseball game or avoiding direct sunlight. She's learning to crochet so she can make blankets to fortify herself against the cold.
Website / Goodreads / Facebook / Twitter