Fall Crazy in Love with the Crazy Lady Authors

Not just crazy, but certifiable! Presenting ‘relatable romances’ for every woman. Falling in love takes the scenic route in this box set of sweet, hilarious, and downright awkward romances. Prepare to laugh, cry, and snort with these Romantically Incorrect couples. They are us, and we are them, and that’s why we love them so! The Crazy Lady Authors have done it again with this perfectly imperfect box set of love stories gone wrong, gone crazy, and finally, gone straight to your heart!

The main characters in this stand-alone novella first appeared in the novel Scary Modsters … and Creepy Freaks, and its prequel novella, It's A Marshmallow World. Queen Midas In Reverse has been designed with those who have not read Scary Modsters in mind; however, Scary Modsters fans will find that this fills in Jacqueline’s story. The problems then occurring in Rosalyn’s life are ignored for the sake of new-reader experience.

What do you do when you no longer want something? You discard it, right? Which is exactly what happens when Keith gets tired of his wife. But there are signed contracts and someone hasn’t read the fine print.

Hattie Devine had taken a beating from life causing the loss of her marriage, her children's understanding, the use of her leg, and even her personal dignity, but she was determined to fight back. Moving to Bedford Grove offered her the chance to regain her independence while rehabilitating from her injury. But independence could be lonely.

Nate Perkins left Bedford Grove for a life and career in the big city, but the fast pace, and disillusionment with both his career and personal life had left him tired, divorced. Once again, back home in the small town where he'd grown up, Nate found both peace and success along with what he thought was the perfect casual relationship arrangement, until he found himself dumped, and single once more.

Nevertheless, Nate knew exactly what he wanted, or so he thought, until a crazy, shabby old lady rode up on a three-wheeled bike wearing a floppy hat and offered him a deal. His first instinct was to refuse, because she was surely insane, but there was something about her, and her floppy hat, and her dogged determination that he could not ignore. Yes, Hattie Devine was a little crazy, a lot strange, and now that he’d met her, he would never be same again.

Father Made Me Do It by Jami Brumfield

Charm Livingston's life is hell, literally. As a vengeance demon, she resides in the underworld until a furious soul calls upon her to exact revenge in exchange for ten years in hell. Being a demon is bad enough, but as the daughter of the devil himself she has very little wiggle room for escape. And escaping is all she's ever dreamed of, leaving the bowels of hell and becoming human is the one dream she knows she cannot have... or can she?

When a man is murdered by one of her fellow demons, the now grieving fiancé calls upon Charm for help. Charm's psychometric power helps her replay the events leading up to the man's death. In the midst of arranging justice for her client she meets the angel that was the killer’s target. He's injured and she saves his life, despite the repercussions her actions could have on her own soul. Daddy dearest wants the angel dead, and she derails the devil's plans.

In return, the angel agrees to help Charm with her greatest wish, except that ascension isn't going to be easy. She'll need to pass through the thirteen levels of the underworld by passing thirteen tests in order to overcome the realm of purgatory and reach the Hall of Akashic Records where her soul can be reborn.

In Father Made Me Do It, she faces her first test and begins her journey from the underworld to mortal life while she continues to carry out her duty as the justice demon. The fine line she treads is fraught with danger, and her naivety in human ways will take readers on an emotional roller coaster of tears and laughter.

The Father-in-Law Effect by Cherime MacFarlane

His father-in-law is making Turk's life miserable. Turk’s uncle has taken an extended leave of absence in Hawaii. With no authority to do so, the young husband and father must hold the business together. The time Turk does get for his family is about to be reduced because of an out of town job.

Morag doesn’t know how much more Turk can take. With little or no energy left for romance, it’s time to pull out the big guns and get her mother to take her father in hand. A job site incident may be the catalyst to bring change.

Mid-life crisis hits June hard and she decides to re-start her life. Alone. She learns of a ‘green’ community in which people do just enough to stay alive; no money, no taxes, no worries. It’s just one big, happy family. Perfect for her needs.

Roy feels the ground slip from under his feet when he learns June intends to leave him. He can’t let her throw away their love of many years. Not without a fight. But how can he win her back?

On Midsummer's Night, Randy, June's new friend and commune handyman, asks her for a kiss. It feels wrong and right in equal measure. Wrong, because she isn't ready for love yet. And right, because he reminds her of someone… 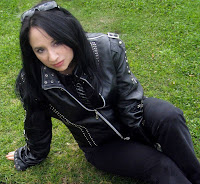 Enjoying San Francisco as a backdrop, the ghosts in USA Today Bestselling Author Diane Rinella's one hundred and fifty-year old Victorian home augment the chorus in her head. With insomnia as their catalyst, these voices have become multifarious characters that haunt her well into the sun's crowning hours, refusing to let go until they have manipulated her into succumbing to their whims. Her experiences as an actress, business owner, artisan cake designer, software project manager, Internet radio disc jockey, vintage rock 'n' roll journalist/fan girl, and lover of dark and quirky personalities influence her idiosyncratic writing.

Jayne Hyatt is a novelist who currently lives in Denver, Colorado. A lifelong bookworm, she especially enjoys reading contemporary and historical romance, romantic suspense and mysteries. When she's not writing, or reading, she's very likely hanging out with her best friend, cooking up a storm, watching a movie, trying out a new restaurant, browsing in a used book store, or simply daydreaming. As she puts it: "I seem to spend a lot of time daydreaming about what my characters are up to when I'm not with them."

New York Times Bestselling Author Jami Brumfield has a passion for the paranormal, supernatural, and mythological worlds for most of her life. She believes there is a kernel of truth in every story and loves playing detective to discover what that hidden truth is. She has written most of her life. She started with poems and short stories, then graduated to journalism working for online websites. It was only a natural progression that her love of writing and her passion for the unknown would combine. Her books are a product of that union. She lives in Arizona with her amazing husband and two fur-babies, Maximus and Zeus. 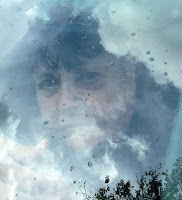 Meet author Cherime MacFarlane. A prolific multi-genre author, she has a broad range of interests that reflect her, been there-done that, life. Romance, Historical Fiction, Fantasy, Paranormal, all sorts of characters and plots evolve from a vivid imagination.

My second husband, a Scot from Glasgow, was the love of my life. When I write Scots dialect, I experienced hearing it from my in-laws. When my husband got on the phone to Scotland after five seconds, I could hardly understand a word. I was my second husband's chief mechanic's helper and roadie.

I live in a cabin which is slowly being surrounded by the city and wish I was further out. My two cats and Husky-Collie mix dog are happy in our little slice of heaven called Alaska. In the silence of winter dreams of people and places provide a rich pool of ideas to delve into. 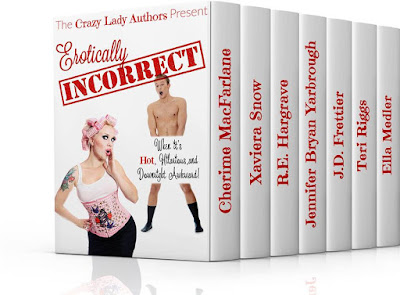 The Crazy Lady Authors bare it all!

It’s hot, sexy, sweaty, smelly…wait! What? It’s Erotically Incorrect, that’s what it is! Let’s face it, sex isn’t always pretty. In fact, it’s often weird, hilarious, and downright awkward! What really happens when couples sneak a little ‘sexy time’ in between work and the kids, without Barry White playing in the background, when the participants have cellulite, unshaved legs, and may be falling asleep on the job? You get one funny, in-your-face look at the erotic escapades of every woman! From high drama to hijinks, meet the non-leading lady, leading ladies of Erotically Incorrect. We’re keeping it real! Trust us, we’ve been there, done that. There are probably pictures…maybe!

Heat Level: Hot! Grown folks language and situations. Not your grandma’s box set…unless your grandma is a real pip!

Price of the Little Blue Pill by Cherime MacFarlane Hiring John by Xaviera Snow No Reservations by RE Hargrave Found at Last…Again! by Jennifer Bryan Yarbrough Desperately Seeking Sixty-Nine by J.D. Frettier Sex in the Crazy Zone by Teri Riggs New Tricks: Plan A by Ella Medler