LOOK at ME! Steve Wade Mysteries by Iris Wynne 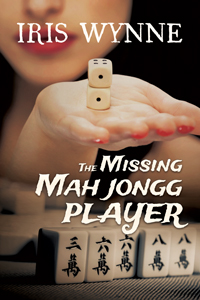 Steve Wade is an ex-cop with an ex-wife and girlfriends he could never commit to. Now he’s a private investigator known for his knack in solving crimes.

This handsome private eye never has a problem finding customers. His newest case involves five frantic Mah Jongg players who are in search of one of their players who disappeared after meeting a man on an Internet dating site.

Wade is reluctant to take the case, believing it to be just another woman not wanting to be found. But the Mah Jongg players are insistent that Marilou did not vanish on her own. In the meantime, they organize a Valentine’s speed-dating gig inviting all the suspects who dated Marilou in an attempt to find her.

As he watches the dinner play out he begins to realize she may not have gone willingly when all the suspects are before him. He even hires his sometime drop-dead gorgeous girlfriend for the event to lure the culprit out into the open. Steve just hopes no one goes home with a potential killer.

Wade has to work fast as the case begins to unravel when lies and betrayal become evident and the truth of what happened to Marilou becomes clear. Will he be able to find the suspect before they choose another victim? This may be his biggest challenge yet.

Marilou Dickson was sitting at the bar, sixty miles away from Toronto on a Saturday night waiting for her date. The only problem was she didn’t know who he was. She got in touch with him on an online dating site and his picture looked great, even though he was much younger than her. A full head of dark hair, straight nose, large hazel eyes and great abs from a previous picture he sent her. She imagined his strong arms wrapped around her as he made love to her. She was tired of being alone as age and beauty were slowly taking its toll while drinking and smoking was becoming an obsession that a good man could help her control.

The noise in the bar was unbearable and she was dying for a cigarette. At least in the old days before cell phones and Internet, you could smoke. The place was packed with pretty girls in floozy outfits, some displaying unwanted flesh. Youth could get away with many things and the sleazier you got, the more attention from the men.

It was like that years ago before marriage and grown kids.

Her phone buzzed which made her spill her drink on her new gold cashmere sweater.

“May I buy you another drink?”

She looked up and there was her man, looking better in person.

“Hi!” she said tying not to slur her words.

“Let’s get out of here,” he whispered to her.

“What about my drink?”

“Let’s go to my place.” He smiled as his white teeth flashed at her.

She wanted to stay here and enjoy the bar and perhaps dance. She wasn’t ready to go to his place yet. She sighed and smiled up at him.

“Why don’t we just stay here?”

She grinned at him, thrilled that he should be so concerned about her. Her phone buzzed again. She gave him a shrug.

“Sorry–I may as well answer this or I’ll never hear the end of it.”

She was going to tell him her friends were worried about her, warned her about going out with strangers–blah-blah. She decided not to say anything. She noticed that his hair was an unnatural black hue, almost like a wig. She wouldn’t care less if he was bald–didn’t men understand that? His glasses were tinted unable to really see the color of his eyes. Something in the pit of her stomach was telling her something was off. She answered her phone walking a distance away from him and the bar. He was watching her though, his look almost a leer. Perhaps it was because she was drunk that she thought this. Nevertheless she would not leave alone and go back into an empty house especially on a Saturday night.

“Marilou is that you?” Harriet said, her voice full of concern.

She glanced over at him. He bought a drink and was sipping it rather quickly. He was watching her so she waved to him.

“I don’t know, he’s wearing a dark wig and glasses.”

Harriet could hear a deep voice asking her friend something.”

There was a click and the line went dead. 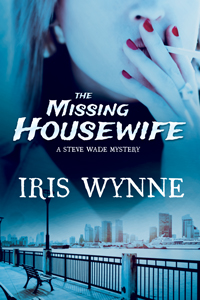 Steve Wade is an ex-cop and now private investigator. His reputation for solving crimes is growing.

His newest client is a man charged with a murder he says he did not commit. The convict's sister has evidence that the person he supposedly murdered is alive and living somewhere in Shanghai after an old classmate of hers sees a double of the murdered victim while touring parts of Asia.

Is the murder victim, a woman, really alive and the man charged with her murder innocent?

Steve does not know what to think. Should he believe a convicted killer who was once a drug addict living on the streets? Steve however does not want an innocent man to spend the rest of his life in jail.

It's a dilemma he must think through and to try to prove the convicted murderer's innocence.

She had left her group and her husband in order to go to the Peace Hotel washroom which was one of or perhaps even the nicest washroom she had ever seen. Its decor was all black and white marble with gold faucets matching the gold chandeliers along the walls that lit the room. Each toilet had its own cubicle and a shiny black door. American style—no hole in the ground—to every tourist’s delight.

And that is when she saw her.

Connie stared at the woman beside her who was washing her face. A ghost from the past; a woman who was ostensibly dead four years ago. She blinked back at the woman a few times. She hadn’t seen her in over ten years. She had known her since childhood which was embedded forever as a memory.

And Connie Stern’s memory was exceptional. She was the type of person who never forgot a face.

The woman beside her was tall and slim. Her hair, once a shiny dark hue, was now peppered with gray. But those eyes were the same, an unusual dark green that glowed like emeralds. That was her trademark along with her natural beauty. She was the second child of a famous music producer from Toronto. His five beautiful daughters had lived in Rosedale, one of the wealthiest areas in Toronto. The youngest three were from another marriage, but they all lived together in harmony with the second wife, or so the story goes.

If that was Patricia Gold, she would be in her forties and the woman across from her was definitely that age. Her attractiveness was gone, though, after years of living on the street.

It had been a surprise in the community, to say the least, when she left her husband and children in search of drugs. Connie could not believe it when it happened. She had known Patricia well growing up and never saw a sign of it, of the unhappiness or the addiction to drugs. She did know, however, that Patricia wanted to be thinner so she could model. She glanced at her again. The woman glimpsed back at her briefly as she washed her hands.

Connie thought of Patricia's husband, whom she knew in high school. He was popular and could pick any girl he wanted. When they married, she and Patricia were no longer friends which always happened in a big city. Different universities, new jobs, and location changes all caused people to make new friends. Nevertheless, they were the perfect couple, everyone thought. Connie always had fond memories of her.

Connie put her hands in the dryer, peering over at the woman again. She remembered one of the last times seeing her. It was years ago when she and her own husband were walking their kids in strollers when Patricia and her husband drove by and asked them for directions to the nearest park. Their children were sitting in the back seat, silently staring up at them. It was only Connie who had recognized them but said nothing as her husband rambled off the directions. Too much time had passed for either of them to say anything. Everyone looked different with age anyway. Still, she never forgot a face.

Another time, she had seen her at a bar midtown, around Yonge and Eglinton. Connie and two of her friends had decided to go out on the town without kids or spouses, like old times. She hated it though, missing her husband and children, and was just as happy to be home with them. Let the singles have the single life, she had thought. But she did see Patricia Gold there, all dressed up, looking lovely, holding a drink with another old friend who Connie also knew in high school. Her friend was a runner and to this day would be seen running down Avenue Road as if the devil was trying to catch up to her.

And that was the last time she saw Patricia, until now, that is, if it was her.

She held her breath. “Patricia?”

The woman looked up and turned to her with a frown.

“Patricia Gold, is that really you?”

The woman’s green eyes opened wide along with her mouth. She stared back for a second and then ran out of the washroom, leaving Connie staring back at the swinging door. Connie put her hands down on the white granite sink and wondered, of all things, if the sink was real gold, gold plated or just painted gold. The chandeliers flickered and her reflection staring back at her in the mirror looked flushed and confused. Did she see a ghost or was it a double? She did what the other woman did and rinsed her face. She was wrong—she had hoped—and shook her head trying to ignore what had just happened. She would continue her vacation and carry on as if nothing had happened. 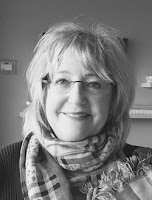 Iris has always wanted to be a writer even before her six-year-old daughter would sneak downstairs and read aloud her stories on the computer as she would type away. Iris has proof of this in an out dated filing cabinet crammed with old manuscripts and short stories in big binders containing historical romance, mysteries, even fantasy.

When she is not working at her computer waiting for a story to come to life, she is busy dog walking, or organizing a game of Mah Jongg and of course reading.

Iris lives in Toronto, Canada with her husband. Her children live on their own and her parents are relieved to receive a text message from them now and then.