LOOK at ME! Cocktails and Lies by Lynette Sofras #GIVEAWAY

COCKTAILS AND LIES
by
Lynette Sofras 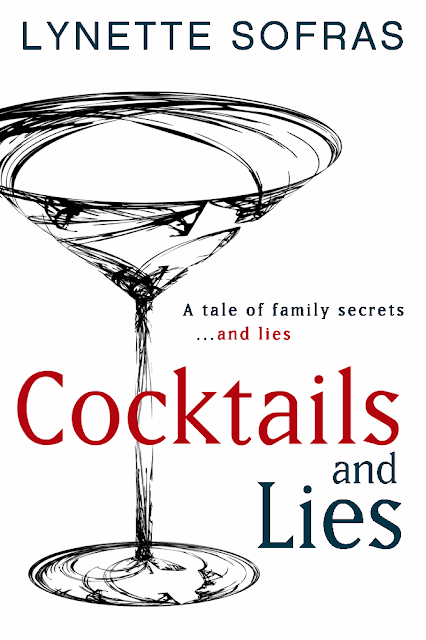 When Hannah’s house is burgled, she gains as much as she loses: she meets Jan, her reserved Dutch neighbour and successful antiques dealer, and Callum, the detective in charge of the case, then finds some hidden letters to her dead grandmother that take her on an emotional journey of discovery.

As Hannah juggles the attentions of the two men now firmly in her life, she works to uncover the secrets of the past, only to find these encroach on the present in unexpected ways.

And then there are the two men in her life, both vying for her attention, both hiding things from her and each other. What does Callum really know about Jan? What is Jan hiding from everyone? And what did her grandmother—whose house it once was—hide from the world?

As if Hannah doesn’t have enough mysteries to solve, her best friend Rachel enlists her help in solving her marital crisis, while her pleasure-seeking mother seems intent on finding her a husband.

With so many skeletons rattling the door of Hannah’s house, can she unravel these mysterious threads and reveal the truth, changing her life forever?

“Have you seen any more of your Good Samaritan neighbour?”

I caught the hint of sarcasm in his tone.

“No, but then, as you no doubt established, he probably has a better view of my house from his balcony than I do of his apartment.”

He raised an eyebrow and I’m sure I detected a fleeting spark of amusement in his light brown eyes. “The reason I ask is that I understand his auction house has a substantial art deco collection catalogued in the next public auction. If I’m right, that’s scheduled for next Wednesday. I thought he might have told you, in case you wanted to replace some of your stolen items.”

The sting hit like a double whammy. In the first place, hearing this from him, rather than Jan hurt, and the second pain—a more prolonged ache—was the guilt at not protecting my grandmother’s treasures better. I felt I’d lost a part of her that I wish I could have preserved. Replacing her material legacy was not high on my agenda, but no one seemed to understand that. The house felt that bit emptier without them, but replacing them with similar items would not make that any better. I needed the original items back, not copies. And that’s when it struck me.

Grandma’s stolen pieces were not the sort of items that were going to be melted down and made into a different form. They weren’t great works of art, but they were genuine collectors’ items that had value to someone in the art world. My grandmother had left them to us, to my mother, my sister and me with love. They belonged here, in Grandma’s house and that’s exactly where they should be returned. Now I had a mission, to hunt down my grandmother’s legacy item by item, and return everything to its rightful place.

I sat back in my seat, gave my upper lip a surreptitious swipe with my finger to make sure there was no froth on it, and looked into his friendly eyes.

“Perhaps I never really felt a sense of ownership to my grandmother’s belongings. The burglars didn’t take anything of mine—not that I have that much that would interest them anyway, or anything to which I have any great attachment. As you pointed out, they left a fairly valuable ring behind, so all they wanted was Grandma Elouise’s stuff. She had some lovely antiques and art deco pieces. I might never have bought them myself, but she left them in my custody when she left me her house, so it’s like I’ve let her down by allowing them to be stolen. And that’s what makes me angry. Does that make any sense to you at all?”

He sat watching me for quite a while, before picking up his cup and taking another swig of coffee. At last, he nodded. “Yes, I think so. But I also think a burglary invokes a kind of grieving process, and you’re still very much in the early stages of it.”

That made me laugh out loud. “I’m familiar with the stages of grieving. I deal with grief a lot in my line of work, remember. I’m not grieving; I’m just furious that some low-life broke into my house and stole my grandmother’s treasures. And I want to get them back. That’s all there is to it.” I knew anger was the second stage of the grieving process, but so what?

He smiled, not in the least offended by my outburst and asked in what sounded like a teasing voice, “And do you have an M.O.?”

I shrugged again. That’s not a habit I want to develop, since I've always considered it looks uncouth. “Not a definitive one, as yet. But I have a mother with the nose of a bloodhound, a friend who deals in antiques, another friend with contacts in the seedy criminal underbelly and a loss adjuster’s absolute best friend, the Internet.”

When he laughed, I couldn’t help noticing his good teeth. Nice and white and even. “So I’m your friendly neighbourhood copper now, am I?” he asked. 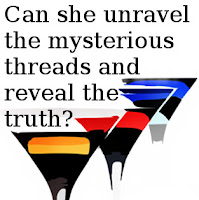 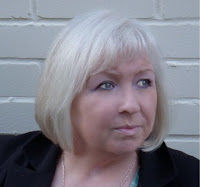 A former teacher, Lynette gave up her career in education a few years ago in order to focus on her writing and thus fulfil her childhood dream. She writes contemporary women's fiction, usually involving romance with suspense or a supernatural twist. Her first novel was an award winning contemporary romance, ‘The Apple Tree’. Amongst her other titles are 'Killing Jenna Crane', a romantic thriller, ‘Shopping for Love’, a contemporary romance, and 'The Nightclub' a romance packed with suspense. ‘Cocktails and Lies’ is her first cozy mystery. You can find more details of her novels on her website.