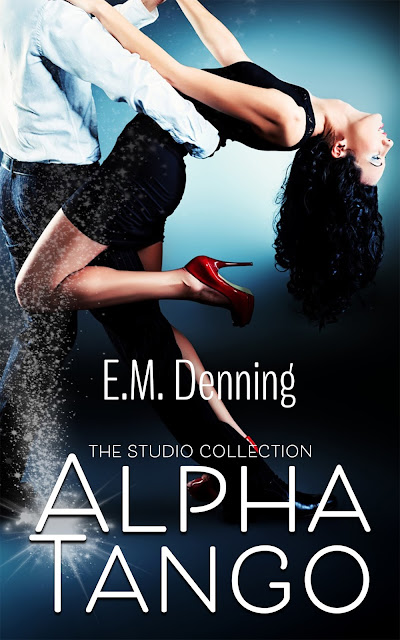 Kevin promised his sister to walk her down the aisle at her wedding. This wouldn’t be so bad, but she’s also making him dance with her. There’s only one problem—Kevin can’t dance.

Determined to have the perfect day, Kevin’s sister signs him up for dancing lessons. His instructor, Ginger, thinks he bit off more than he could chew and offers him some private instruction after class. As his sister’s wedding approaches and his lessons come to an end, he soon learns the benefit of following Ginger’s lead.

“You’re late.” She looked around him, as if she were searching for someone. “And you have no partner.” Her words were clipped.

“I’m sorry.” Kevin found himself stumbling over the words. He crossed his arms in front of himself. “I’ll just stand over here and watch.” He took a step back but Ginger grabbed him by the arm and led him to the middle of the floor.

“Follow my lead,” Ginger said as she placed one of his hands on her shoulder and the other on her lower back. Her emerald eyes flashed him a stern look. “And try not to step on my toes. These shoes are new and expensive.”

“I’m new at this,” he admitted. His annoyance gave his voice a hard edge. “So don’t expect miracles.”

“Don’t worry, I keep my expectations low when it comes to first timers.” Ginger took a step and Kevin immediately stomped on her foot. Her gaze flashed down to the scuff on her shoe, then up to his face. She took note of his cocky smirk and matched it with one of her own. “Okay, hot shot, you lead.”

“That’s what I thought.” Ginger squared her shoulders. “Now, follow me. Once you get the hang of the basics, you can lead.”

If Kevin were to write a list of the most horrible experiences of his life, ballroom dancing would have almost made it on there. The only thing stopping him from walking out of the studio and telling Camille to shove it was Ginger. She was all smiles and laughter, even when he stomped on her toes and scuffed her new shoes. Even though he never got the hang of the basics and ended up following her for the entire lesson, he loved touching her. She was light and agile, so fast on her feet. She reminded him of a ray of light, the way he could feel her warmth on his skin.

Kevin stuck around at the end of the lesson. He leaned against the wall and watched the other dancers filter out. Some stopped to pat him on the shoulder and tell him he did well. Others were honest and told him he’d eventually get the hang of it.

After Ginger had said goodbye to the last pair, she turned and eyed Kevin.

“So what brings you here anyway?”

“What?” Kevin grinned. “Can’t a guy broaden his horizons?”

“A guy like you?” Her gaze raked over his body and he bristled at her words.

A guy like him. What was that supposed to mean?

“There has to be a girl involved. Someone’s making you come here. Fiancée?”

Kevin laughed and shook his head. The thought of him with a fiancée made him both cringe and laugh. He’d dated a lot of women, called only a handful his girlfriend and had met exactly no one he’d want to spend anything resembling eternity with. “My sister is getting married. She’s making me dance with her at her reception.”

“At her wedding reception?” Ginger’s face melted into a look of concern. “When’s the wedding?”

Ginger cringed. “No offence, Kevin, but I think you’re doomed.”