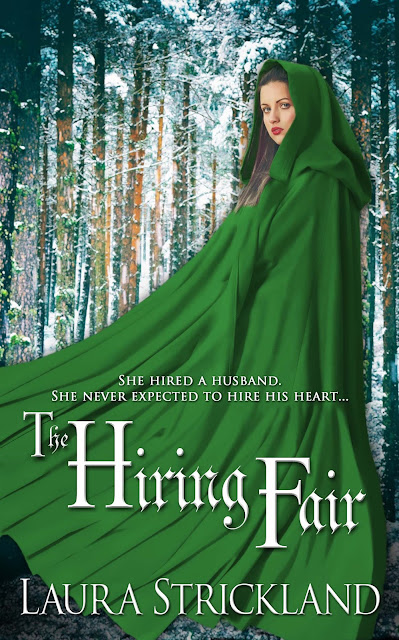 Brutally dispossessed during the Highland Clearances, Tam Sutherland comes to the hiring fair at Oban, Scotland hoping to find a job for the season. But his maimed right hand, inflicted by the same cruel factor responsible for his parents’ deaths, means he’s one of few men available when the beautiful woman makes her surprising announcement: she’s looking not for a hand but a husband, not just for the season but forever.

Annie MacCallum is under threat from a brutal factor also, back at her home farm—one who preys on unmarried women. If she’s to protect all those who rely on her, including her beloved animals, she must have a husband, if only in name. Secretly glad when the attractive Tam takes up her proposition, she doesn’t realize she’s dragging him into a situation that will trigger old demons. Nor does she expect to give him her heart.

In a low tone he asked, “This marriage you ha’ in mind, will it be legal wi’ no banns being read?”

“Father Alban is an old friend of my uncle, and I ha’ spoken to him of this. He will accommodate me.”

“Aye, and what will your uncle think o’ this scheme of yours?”

“Very little, I imagine. He is dead.”

St. Lyon’s church loomed ahead, appearing all at once out of the swirling snow. Annie turned to Jockie.

“You lead Old Rake round back and join us inside where you can get warm, eh?”

Jockie nodded and clattered off.

Annie turned to Sutherland and looked into his face, only to be struck again by how handsome he looked. But that had naught to do with anything, and she could not let it sway her good sense, not when she’d come so far.

“Before we go inside, I want to be sure I ha’ your understanding. This is no’ an ordinary marriage but something more in the manner of a hiring, which is why I came to the fair in the first place.”

He inclined his shaggy head toward her slightly. “A hiring wi’out wages. That is against the law, you do ken.”

She swept him with her gaze. “And are you a man to adhere to arbitrary laws? I confess, I did no’ get that impression.”

“And,” he returned, “are you a woman who needs to hire a husband?” He echoed her. “I confess, I did no’ get that impression.” He returned her stare, slow and attentive. “You are certainly bonnie enough to snare a husband the usual way.”

To her surprise, Annie felt a wave of heat course through her. “I do no’ want a usual kind o’ husband. I want one who will tak’ my orders and stay clear o’ my bed. Be sure you are that man before we go inside and speak these vows.”

One of Sutherland’s eyebrows quirked up. “I was right at the outset; you are mad.”

“So we ha’ already determined,” Annie agreed, beginning to grow edgy again. What if he refused at this late moment? Where would she find a substitute, with the market now deserted and the snow falling? Besides, she discovered she did not want a substitute; for reasons she did not quite understand, she wanted this man and no other.

“There is a story behind this,” he said mildly. “I confess, I would like to hear it.”

“Perhaps you shall, but not now—there is no time.” Annie drew a breath and sought to deny the fear rising inside her, the fear that he might walk away from her after all.

But that curious smile crossed his lips again.

“Are you coming wi’ me?” she pressed.

“It seems a damned clever way to secure the services of a farm worker whilst paying no wages,” he said. “But aye, for all that, I will come along wi’ you.” 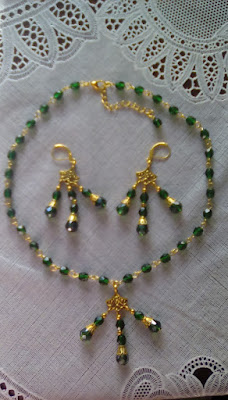