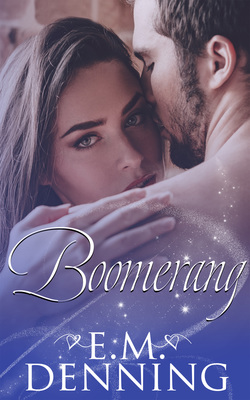 Eli Cooper and Violet Holt haven’t gotten along well in the year their parents have been married, so it’s better that they don’t see each other often. After an averted disaster, sparks fly and now Violet can’t get Eli off her mind. Violet only has to avoid him for thirty more days, then she’ll be safely back at college and can focus her energy on her studies, but Eli isn’t so easily ignored.

Three hours until I was on a plane, and my heart was a rock in my chest. Eli and I had avoided each other since the other day after the country club, but not because we suddenly regretted what we’d done. I sighed and shoved another armload of clothes into my suitcase. It would be easier if I regretted it. The problem was I didn’t. I should have, probably, at least a little, but I couldn’t. And I didn’t think he regretted it either. Every time we were alone we stole glances at one another, and when our gazes met, I always felt a shockwave in the deepest parts of myself.

I turned as someone softly knocked on my door.

My breath caught in my throat when Eli walked into my room. He softly shut the door behind him.

“I wanted to say goodbye.” His voice sounded strained, as if he held back a mountain of emotion.

I tried to force a smile, but it fell flat. “You’ll see me at Thanksgiving.” I tore my gaze away. “I have a lot of packing to do.”

Eli nodded. “I should let you get to it.”

He headed for the door, and I suddenly couldn’t stand the thought of him leaving this room. A stilted goodbye wasn’t how I wanted to leave things between us.

“Eli, wait.” I reached for my sketchbook and flipped to a recent sketch I’d done of him and Boomer. I carefully tore it out. “I want you to have this.” My fingers trembled as I held it out to him.

He took the paper, held it carefully in his fingers. After a long moment, he slowly raised his gaze. “Violet.”

Our resolve collectively crumbled and we took a step toward each other at the same time. Our mouths crashed together, and for thirty or forty of the most delicious seconds I’d ever experienced, we kissed. Nothing else existed. Just his breath, my breath. His lips, his tongue, the way his hand felt as he tenderly cupped the side of my face. I was the first to pull away, though, because this couldn’t go on. This had to stop now, with the end of summer. I’d go to college and get over this, whatever it was. Everything would go back to normal. It had to.

“Goodbye, Eli.” Two words. Four syllables. That was all it took to break my heart.

Eli took a step back and cocked a smile. “See you later, Vi.”

The words came out in his usual careless way, but his smile didn’t reach his eyes, and I saw the sadness in them. He slipped out of the room, and I spent the next few minutes staring at the door. I was completely hollow, numb inside and out. I told myself it would pass. The emptiness would fade and life would go back to normal once I was back on campus. 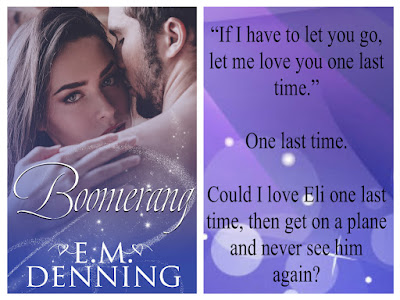