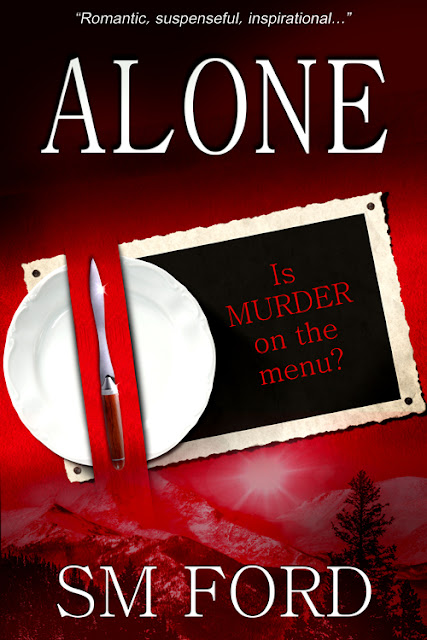 Ready for adventure in the snowy Colorado mountains, Cecelia Gage is thrilled to be employed as the live-in housekeeper for her favorite bestselling author. The twenty-five-year old doesn’t count on Mark Andrews being so prickly, nor becoming part of the small town gossip centering on the celebrity. Neither does she expect to become involved in Andrews family drama and a relationship with Simon Lindley, Mark’s oh so good-looking best friend. And certainly, Cecelia has no idea she’ll be mixed up in a murder investigation because of this job.

Will Cecelia’s faith in God get her through all the trouble that lies ahead?

I know I should go to bed. But how can I? Instead I want to cry or scream or have some feminine fit to protest the reality of this evening and have someone sympathize with me or hold my hand or hold me in their arms . . . But I’m alone. Alone, as I’m afraid I’ll be the rest of my life. And there is no one to call. Simon is out of town and Mark . . . Mark is in jail.

Remembering the town’s small police station with its two cramped cells, I shudder. Each stark chamber is only six by eight feet. The bed, a concrete shelf covered by a thin plastic mattress. No chairs. In the corner behind a half wall are a lidless toilet and a miniature sink. The cells are only meant to be temporary holding tanks for drunks or lawbreakers of minor crimes. Not for an accused murderer. Not for Mark!

The clock strikes the hour: two in the morning. I’m pacing again. I force myself to stop. With a shaking hand I push an escaped strand of hair out of my eyes. The room is as cold as the snow falling outside. Maybe a cup of hot chocolate would help. I can’t go to sleep the way I am and I don’t know how to pray anymore.

I switch off the living room lamps and make my way to the kitchen. I’d forgotten what a disaster it is. The stove’s center island is littered with dirty coffee cups, a pile of limp tea bags on a saucer, crumpled napkins, spoons resting in untidy brown circles on the shiny surface. Mark had been hospitable to the men who’d taken him away. Fighting tears, I put the lid back on the instant coffee and screw it down tight.

I throw away the garbage, load the dishwasher, and put coffee and tea back in the cupboard. The dishrag is cold and soggy in the bottom of the sink. I rinse it with warm water and go to work on the stains on the cream-colored counter top. Maybe the harder I scrub, the better I’ll be able to block out the images in my mind of the body in its pool of blood in the study . . . and of Mark put in handcuffs and marched out to the waiting police car.

SM Ford writes inspirational fiction for adults, although teens may find the stories of interest, too.

When she was 13 she got hooked on Mary Stewart's romantic suspense books, although she has been a reader as long as she can remember, and is an eclectic reader. Inspirational authors she enjoys include: Francine Rivers, Bodie Thoene, Dee Henderson, Jan Karon, and many more.

SM Ford is a Pacific Northwest gal, but has also lived in the midwest (Colorado and Kansas) and on the east coast (New Jersey). She and her husband have two daughters and two sons-in-law and three grandsons. She can't figure out how she got to be old enough for all that, however.

She loves assisting other writers on their journeys.