Today I get to welcome back my anthology side kick from Sugarplum Dreams, M.B. Feeney. She's here to share her contribution to Summer Heat: Just Like in the Movies. 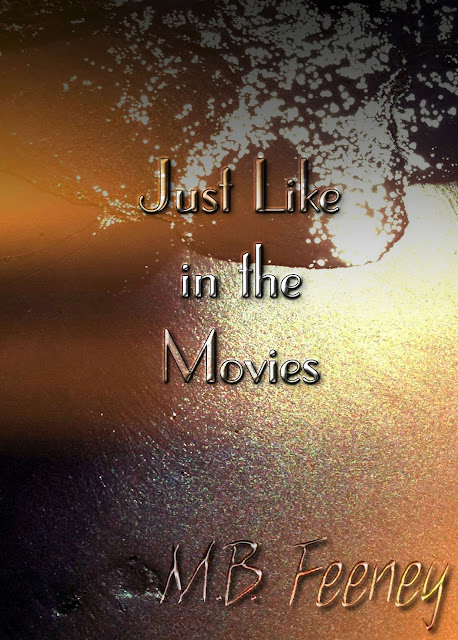 Ava Jones has settled for a life that she’s not sure she wants anymore, but won’t admit it. Her best friend, Erica Davidson talks her into taking a break on the Isle of Wight. Her days on the island are spent thinking things through, and arguing with Morgan whom she hates on principal.

Is it so wrong for her to want a life that follows the script of a honest to God romance film?

I’d met Marcus Tripp not long after joining Wilson Insurance. Although I’d never really fancied him, he was persistent. Our friendship had grown, and we’d fallen into a routine that suited both of us. I was happy with the attention, and the sex . . . yeah, it was okay. As time passed, the earth rarely moved when we were intimate; more often than not, it was pretty much over before it began. Still, we stayed together, more out of habit and familiarity than anything else. We did love each other. I just wasn’t sure that it was enough.

In the evenings I spent alone, I would daydream about living the life of a lead in a Hollywood chick flick, but then reality would slap some sense into me. My life was as good as it was going to get. I wasn’t about to be swept off my feet any time soon. Marcus and I were comfortable, and that was enough — for me, at least. I was too scared to ask Marcus what he felt.

We tried for a couple of years to have children, but it never happened. After many serious discussions, we decided to give up on the idea altogether. That was when we bought our first fur baby: a beautiful Collie cross called Rhea. She was our little girl, and we both doted on her. We assuaged our guilt over our mutual neglect by caring for Rhea, devoting our attention to another living being rather than to each other. The puppies, Remus and Romulus, soon joined her, and our “family” was complete.

For as long as I’d known him, Marcus had played Sunday League football, which was followed by an afternoon with his teammates at the very pub I was now approaching. Coupled with training one evening a week, his evenings out gave me more than enough time to spend with Erica or at home with the dogs.

“Have you thought any more about that holiday I mentioned?” Erica asked while we claimed our usual table. Our customary bottle of red wine was already ready and waiting for us.

“I have . . .” My words drifted away when I thought back to her idea of a girlie getaway on the Isle of Wight. Just as its name suggested, the top-class Lakeside Hotel with attached spa was located right next to a beautiful lake. Bliss.

“And? Why the hesitation?” Erica pushed like she always did, her blue eyes flashing once more as she looked into my brown ones.

The idea of a real getaway made the blonde hairs on the back of my neck stand on end, but I tried to rein in my excitement. “I don’t know. It sounds amazing, and Lord knows I could do with some time away.”

I knew I had enough holiday time available at work. Screw it.

Knowing that Feeney is a bit of a music junky, I had to ask just how integral a part in her writing does music play? Here's what she said . . .

Music isn’t just integral to my writing, but to life in general. I listen to music all the time, be it the radio or my iPod through headphones when I need to shut the world out.

I once wrote an entire multi chapter story listening to nothing but The Bruno Mars Album ‘Doo-Wops and Hooligans’ and it really showed in the style of writing I used for that particular story. Some chapters were upbeat and (I like to think) humorous, whilst others were emotional just like the songs on the album. Other stories don’t show the type of music I listen to though.

I have a short story in the works that was completely inspired by a single song and when I need to get into the right mindset for that particular piece, I listen only to that song as the lyrics and the melody really have inspired me to create something completely different. I have seen this song performed live and the energy that the band have is amazing, so I try to tap into that experience also when I write.

I’ve never understood (or trusted) people who say ‘I don’t listen to music’ because music is literally everywhere. How can you not? Whilst my kids are at school, the TV in our house gets turned off and the radio is put on. Most of the time I’m busy so it sort of gets tuned out, until a great song catches my ear.

Music to me is simply just a staple part of life for me. Even if I couldn’t buy music, I would never stop listening. Music, like writing, is art. A form of expression and is completely subjective. I love that literature and music can make different people feel different things based on prior experiences. There’s a quote “No two person read the same book” (I don’t know who said it, sorry), but I feel it applies to music too. “No two persons listened to the same song”. How dull would the world be if we all liked the same music?

I listen to such an eclectic mix of music from cheesy boybands to rock music with a bit of everything in between, that there’s no telling when a particular song or lyric is going to inspire me, I’m just not complete if I don’t have music playing when I write and breathe. It’s in my blood and it’s never leaving. 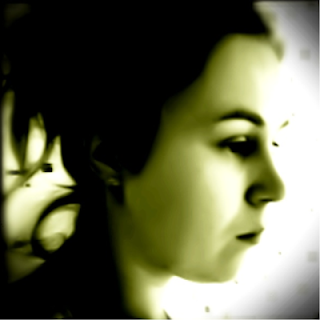 M. B. Feeney is an army brat who finally settled down in Birmingham, UK with her other half, 2 kids and a dog.  She's also a student teacher, a doodler and a chocoholic.  Writing has been her one true love since she could spell, and publishing is the culmination of her hard work and ambition.

Where to find Ms. Feeney: