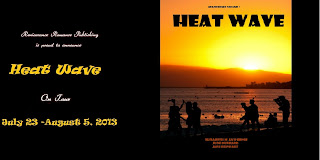 Please welcome Elizabeth M. Lawrence today. She is the author of Wishing Cotton, which is one of three novellas in the Beach Reads Volume 2 anthology: Heat Wave.

Throw a penny in a well, wish on a star, find a four-leaf clover . . . No matter which rituals people follow, none ever seem to work. But what if there were a way to make wishes come true? For best friends Olive Alexander and Blair Adams, a beach holiday provides the perfect opportunity to see if they can find the secret. Could fellow vacationer Peter Keyes hold the key to solving this puzzle?

Pulling a piece of cotton candy from its cone, Olive rolled it around in her fingers, letting it get sticky and matted. She glowered down at the mess she was making without really seeing it and thought, “All I want is a man who will love me for who I am. Someone I can talk to and laugh with and be friends with. I just wish I could fall in love and know that it was real and true and forever. A man I can grow old with and go exploring with and just . . .”

Olive jumped about half a foot. The unexpected greeting came from her left, where a man of about thirty sat grinning at her. She was certain he had not been there a minute ago. Even in her funk, she would have noticed the kind, dark brown eyes, expressive eyebrows, and generous lower lip that gave her some rather interesting ideas about potential nibbling. His hair looked almost as though he had been electrocuted, sticking up in all directions in a way that should have been a disaster, but he managed to pull it off somehow. It suited him.

She attempted to regain her composure, but her heart was still hammering in a rather determined manner. “Um . . . Hi.” Brilliant. Someone should give her the Pulitzer.

“So,” her new acquaintance continued in a smooth British accent, “are you having some sort of existential crisis, or are you just not a fan of funfairs in general? You looked quite cross when I sat down.”

“I suppose I did,” she agreed, not really wanting to tell this man that she’d been indulging in a bit of a pity party.

It's always a delight to hear from Ms. Lawrence, and today is no exception. I asked her to share three things with us that might surprise people.
Here's what she had to say . . .

I’m not sure that there is anything genuinely surprising about me, but I’ll give it a shot. To be honest, I have a tendency to over-share that makes keeping things hidden rather difficult. One must also consider what sorts of things would be surprising: my writing life or my “real” life. Let’s see what I come up with.
Back when I knew nothing about the publishing world or the reality of a writer’s life, I used to envision published authors as boldly striding towers of self-confidence. To be fair, it’s difficult to picture Shakespeare or Tolstoy or Byron or whomever having fits of insecurity. But they must have done. Every writer I have spoken to has said the same thing. Seeing your words in print is exciting, of course, but it also feels like you have left the house in your unmentionables and not much else. It exposes you in a way that is unique to the creative world. Many people have been surprised that I experience this as well. Since I serve as lead editor for Renaissance Romance Publishing, there is an expectation of self-confidence that goes along with the job. Sure, I am confident when I’m slicing into someone else’s baby. My own stories, on the other hand… Even a cover reveal or an announcement of an upcoming release fills my soul with dread. There are moments when I want to take it back and tell the publisher I was just kidding. It’s pitiful. Still, I do manage to control those insecure impulses and carry on with my work.
Another thing about me that might surprise people is that I am not an especially emotional person. Romance novels, by definition, deal with deep and often turbulent emotions, and the characters need to reveal their feelings through their words and actions. In real life, I am much more buttoned down. Both sides of my family shy away from emotional displays, so I suppose I just grew up in a less demonstrative environment. It seems strange to some people who know me in real life that a person like me would find romance an appealing genre, but it’s a mistake to equate lack of public expression with lack of comprehension. I do feel things very deeply, and I understand human emotion. All the same, it can be difficult to reconcile the real-life persona with the written word, and I think people who know me through my writing are surprised when they actually speak to me and find out I’m a much different person than the characters in my books.
I don’t know if this counts as “surprising,” but I have background knowledge in a very hodgepodge collection of subjects. Over the years, I have received at least rudimentary training in ballet, violin, piano, voice, drawing, Egyptian funereal art, theater, British literature, art history, business management, various areas of law, gothic architecture, Catholicism, Judaism, Methodism, Norse mythology, middle English verse, pottery, literary theory, American and British history, archeoastronomy, etymology, and Native American spirituality. All of this means that at any given moment, I may spit out a completely random fact on an obscure subject. My husband treats me like a walking Encyclopedia Britannica. To balance this out, I am completely useless at the most basic tasks like cooking, cleaning, and shopping. Friends have commented from time to time that I know more than they do, but I still envy all of them their ability to boil an egg without setting their homes on fire.
So that’s it – the three most surprising things about me I can think of! Thank you for reading, and I hope you’ll also read and enjoy my story “Wishing Cotton,” which is being released July 23, 2013, as part of the Heat Wave anthology from Renaissance Romance Publishing. 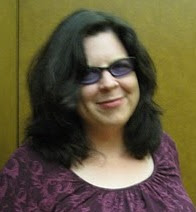 Elizabeth M. Lawrence is the author of both contemporary and period romances. Each book incorporates its own unique blend of humor and reverence, the paranormal and the mundane, innocence and insanity. In addition to her novels, Elizabeth serves as Editor-in-Chief for Renaissance Romance Publishing. A lifelong writer and former paralegal, Elizabeth divides her free time between her husband and two sons, her three cats, her collection of cozy murder mysteries, her slight Doctor Who obsession, and her mildly severe caffeine addiction. A native of Lawrence, Kansas, Elizabeth now works from her home in Cleveland, Ohio.

Where to find Ms. Lawrence: