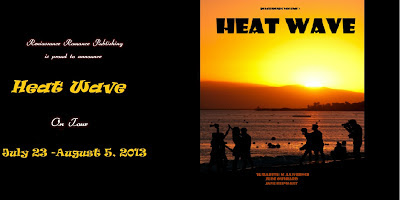 Please welcome Jane Reinhart today. She is the author of Peeking Through Wooden Blinds, which is one of three novellas in the Beach Reads Volume 2 anthology: Heat Wave 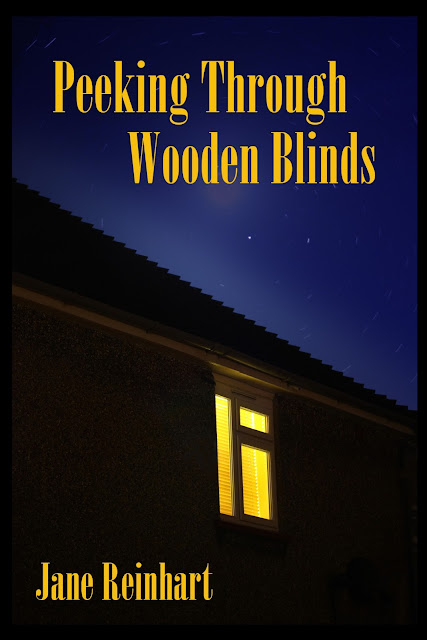 Paige Henderson and Joey Novak are planning their wedding. But a devastating and mysterious phone call leads Paige onto a path of self-destruction and into the arms of the wrong man. Her ensuing marriage to Nick Bruska becomes a nightmare and she struggles to regain self-worth. Joey has never forgotten Paige. Will he ever see her again? Only then could they discover the terrible mistake that changed the course of their lives.

The invitation list included Bob and Maura, a couple who also grew up with Nick. While Paige was mingling with guests in the living room, Nick and Maura were in the basement playroom watching television. Bob walked downstairs to inform his wife it was time to go. All of a sudden, the irate husband came storming upstairs to confront Paige.

"Do you know what your husband is doing?" Bob screamed.

Paige was dazed and uncertain.

"He is lying on the couch with my wife, and he has his arms wrapped around her!"

While Paige was trying to create a suitable excuse for Nick's behavior, Maura ran upstairs to explain her innocence. After a brief scolding from her husband, she directed her comments to Paige.

"Don't listen to Bob," Maura said. "He has a bad temper. You know Nick and I have been close for a long time, and he wasn't doing anything wrong."

Bob and Maura left while the other guests were still trying to close their mouths.

Paige knew Maura spoke the truth. Nick took all aspects of his personality to the limit, especially his affectionate nature, but she gave him an impending warning.

"NIck," she started, "one day your over-friendless is going to get you into a lot of trouble."

Insisting that it was "nice to be nice," the sociable husband assured his wife that he knew where to draw the line. For instance, Nick confessed that, once, when a young woman offered him her phone number after an evening of pinball challenge, he declined and told the girl he was married. With a gallant air, he shared the story now to prove his fidelity. Paige reminded him that if he spent hours cavorting with female competitors, he was already straddling the fence. Furthermore, she argued that women on the prowl always checked a man's hand to see if he was sporting a wedding ring. That was something Nick refused to do; explaining that, since he was a tradesman, wearing one presented the dangerous risk of getting the ring caught in machinery. He added that when he retired, he would wear the band of gold with pride.

Trust regained its stronghold, and another obvious wave of the red flag was ignored.

Since Ms. Reinhart was coming by, I asked her to tell us what inspired Peeking Through Wooden Blinds.
Here's what she had to say . . .

Everyone remembers their first love. Sigh. That impassioned experience is seared into our memory, and then we continue our quest to find that special someone who completes us.  I believe in the existence of soul mates. While emotions can betray our hearts and alter our intended destiny, is it possible that soul mates can transcend the normal scope of love and find each other in spite of insuperable odds and passage of time? I drew inspiration from the power of love and how it can affect our lives in so many ways.

In this story, the main character found her true love but relinquished him. The consequences of her unwise choices are explored when she finds herself in a destructive relationship. She is taken on an emotional journey where she uncovers truths about herself and others. Learning from her past mistakes, she is finally able to transform her weakness into strength in order to regain her self worth and emerge a survivor.

There are times when we all struggle through unbearable situations, and I am always inspired by the fortitude of the human spirit to overcome difficult challenges. While Peeking Through Wooden Blinds is a touching love story, it is also a testament to enduring hope, courage, and the value of human dignity. 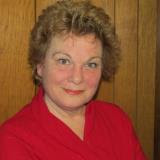 Jane Reinhart, author and poet, resides in Westchester County, New York, with her husband and three dogs. In her spare time, she enjoys traveling and cooking.