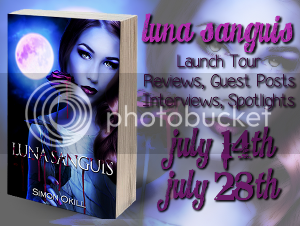 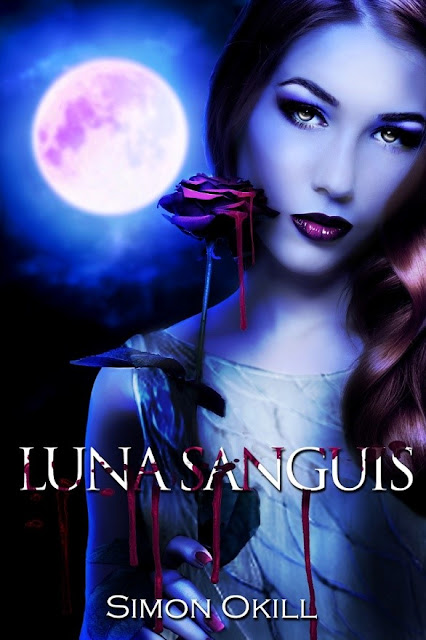 Paris 1925. A young woman is nearing her Eternal Vampire state as her birthday approaches. She is held captive by the hybrid vampire she created and slowly drained of her pure blood to keep his addiction in check. She outwits him and escapes to a chateau in the hope of reaching maturity. But he follows her unmistakable scent and massacres all that dare protect his supply of Eternal blood.

She awakens in a tiny room trapped and defenceless with amnesia, but something deep in her subconscious yearns to be set free by the next full moon – the date of her Eternal Birthday.

Her true self, Eternal, emerges in brief flashes of awareness to protect her from the horrors of this terrifying prison. Desperate, she forges an alliance with her true love, a gorgeous young doctor treating her.

But her nemesis is out there somewhere, relishing the hunt for her blood – and nothing will stop him from becoming Eternal.

Read a 5 star review on Goodreads!

Over the next few weeks Claudette had become insatiable for blood and sex, the two usually going together like strawberries and cream. Jacques couldn’t risk any more exsanguinations at the rampant hands of Claudette or he’d end up at the morgue. He showed her how to entice the wandering adventurers who clambered for action at the city’s roughest areas and spike their drinks with the voodoo white stolen from a Bokor who had the misfortune to cross Jacques’ path. When they had enough, both booked passage to Marseilles. Oh, one more thing, Jacques had named his voodoo white - Forbidden Kiss.

I live with my wife, Shirlee Anne and our cat, in a pretty coastal town in South Wales, UK. We both love Stephen King and had read many of his books and enjoyed their transition to the screen. Due to our love of books, my wife and I dabbled in writing for some years as a hobby. We were approached by a film company to write a paranormal TV series. We struggled most nights and all through weekends to come up with 22 episodes only for the company to go bust. Then after an accident at work, I was forced into early retirement due to disability. I used my newfound skills as a writer to help with my depression. We decided to use our TV series episodes as templates for film scripts and novels. My writing became more serious as certain A-list actors expressed interest in my scripts and my debut novel Nobody Loves a Bigfoot Like a Bigfoot Babe was accepted by Christopher Matthews Publishing after so many British publishers turned it down.

Luna Aeturnus is the sequel to Luna Sanguis and will be ready for release this Autumn.

‘Flip Side’ is one of my most exciting screenplays to date with its unusual slant on a supernatural gangster story that encompasses music and dynamic dance sequences to portray the action. The script has been optioned by Tasha Bertram of Brodie Films and Stuart St Paul has come on board to direct and co produce this fascinating piece of work.

'The Last Warlord' is set during WWII and tells of Major Stewart of MI6 who must find the Nazi’s secret Atlantis base in Antarctica or the entire world will be doomed.

Where to find Mr. Okill: