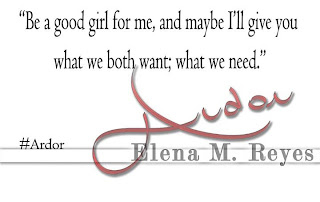 Blurb:
Gregory Thomas has always had an easy life. When it came to his profession, he excelled, gaining himself the position of manager to one of the nation’s biggest wholesale retailers.  He was amazing at everything; except when it came to love. The night he found his ex-wife in bed with her gay best friend was the night he decided it wasn’t worth it. He was better off just focusing on his career, and nothing more.
He became content with just being. That is, until Jasmine Velez, his new employee, walked into his store.
Blunt, and honest to a fault, the woman captivates him against his will. Not only is she gorgeous, but she’s the first woman that doesn’t chase him around. Something that makes ignoring her that much harder. The last thing he wants to do is try to have a relationship with a woman again, and he knows that if he allows Jasmine in, that’s exactly what he’s going to go for.
Except, then he’s faced with the possibility of Jasmine being with someone else, and the choice is taken from him. He’s left with only one option: He needs to make her his. But that might prove harder than he originally expected.
How the hell does a man seduce a feisty woman who’s gotten tired of waiting for him and is hell bent on not giving into him?

Guess what? It's July 23 and that means my baby girl, Elena M. Reyes is taking her first step into the world of publishing with the release of her debut novella, Ardor. I had the great honor of being her preliminary editor and getting to watch her baby grow and develop in its early stages, so I'm just as excited as many of Reyes' fan fic readers are to see the final product. I'll be reviewing in the near future, but for today I nabbed up Reyes and invited her to my blog to launch her release. Of course, like all good mommas, I had to push her with a challenging guest post topic:  Discuss your experience with pull to publish. I know, "Groan," but this is your chance to take the floor and tell the readers WHY they should give your story a chance, rather than one-star it off the bat simply because of its roots. What have you done to take what was once a Twilight fan fiction one shot and make it YOURS?

Better question here, I think, is when hasn’t it been mine?
This is a tough debate both in the fandom and out. I consider myself to be a part of the Twilight crowd, and I am not ashamed of where I started. Now, with that cleared up, let’s tackle the ill conceived notion some people have about those of us that pull to publish.
Please follow me on this if you will…you, are the writer.
With me so far? Good.
You spend countless hours sitting in front of your computer creating a world for others that enjoy your hobby as much as you do to read. They love it, they send you reviews asking for more and you do…you give them your soul, but still it isn’t enough. So when one story finishes you write another and another. Each completely different than the last and the characters complete opposites of the beloved vampires Stephenie Meyer wrote.
You see your evolution as a writer and have fans, readers, and other authors telling you, “This is good and you should publish,” and you say to yourself…why not? Then get bashed over it by people going around and spreading words like ‘Unethical’ and ‘Thieves.’ How would you feel to have your work attached to lies such as these?
That is something that we see everyday and it isn’t fair!
Yes, I will give you the fact that they began as Twilight fan fiction, but they were written by women, and some men, that had a plot form and drive them up a wall until they put it down and shared it with the world. Stephenie Meyer didn’t write it. My neighbor didn’t sit and cry in front of his computer while getting frustrated when things weren’t coming out right. So why claim us to be fake?
The truth of the matter is, that the moment we take out the names and mannerisms of the Twilight characters, these stories stand on their own two feet.  I have spent the last five months reworking a one shot that was six thousands words and converting it into a small novella that stands at twenty-five thousand. I have gone back through every line and removed anything remotely close to Twilight. In fact, about sixty percent of the original is no longer there – like so many of my friends have done- but I will still get flack over it. And, again, I ask why?
I have sat back and watched the threads online, seen the hatefulness that comes from some of the people who bash these authors and it saddens me. Is it really a trademark of Twilight that a woman has brown hair and brown eyes? Because I’m a brunette with light brown eyes and so is every woman in my family.
Is being a klutz forbidden, because let me tell you, I have tripped over nothing and bumped my elbows more times than I could count with invisible corners  that jump when they see my strolling by.
And like me, I am sure there are thousands of women that could fall into these categories. So why make it hard on someone just getting their foot in the door? Why not embrace another author coming through- make friends and show support. I have met some of the most remarkable women in the fandom I call home, and it’s because of them that I’m taking this giant leap of faith and putting my work out there.
Call me a fake, a thief, unethical… I don’t care because at the end of the day my head is held high and I know  with certainty that it was my fingers that bled over that key board and wrote what has my penname attached to it. 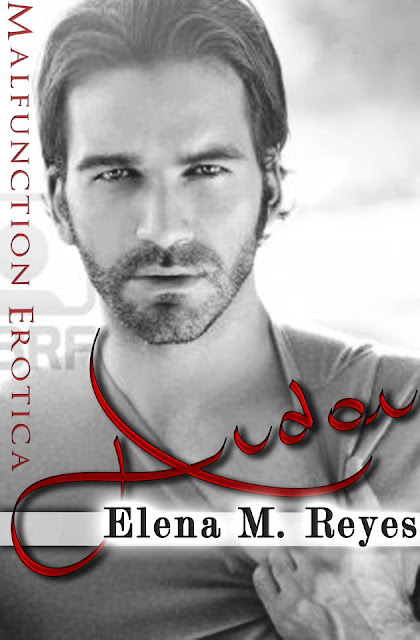 I pushed her forward with a gentle hand, removing that luscious ass from dangerous territory.  We both needed a minute to cool down.

Jasmine’s breathing was harsh, and her body trembled as she stood facing away from me. I could hear her faint mumbling while she attempted to right herself.

Was she regretting this?

A blush overtook her cheeks, and I almost pulled her back into my front. The color looked so beautiful on her sun kissed skin that I needed to see more.

“Turn around,” I commanded, but she stood as still as a statue, shaking her head from side to side.
Please don’t shut down on me, baby . . . please give yourself to me.

She jumped from the force of my tone and diligently complied.

“Oh, sweet Jasmine, I’m not going to fire you. We both reacted to our natural instincts. I believe it would be for the best if we put this incident behind us, and never speak of it again.” At that she looked disappointed.

“Um, sure, Sir,” my coquettish clerk whispered. “If that’s what you wish.”

“For now, it is.” Her eyes snapped up and searched mine.

The following thirty minutes were spent participating in the dirtiest foreplay session I’d ever been subjected to.

Inside my office, Jasmine made a direct bee-line for the small leather couch I had against the wall and made herself at home.

When the smell of the specialty blend coffee saturated the space she moaned out and declared, “Fuck, that’s the good shit,” in the most sinful tone I’d ever heard from her.

I growled at her, but that only served to entice her further. The little minx let her eyes roll to the back of her head, and then arched her back so that her breasts pushed against her red polo.  Jasmine’s nipples pebbled while my eyes devoured her breasts. They were encased in what looked to be a flimsy piece of lace, judging by the pattern that could be seen in the taut fabric.

My feet began to carry me over to where she sat; in my hands I held a tray of guava and cheese filled pastries. I wanted to watch her lick the sweet concoction from her fingers, lips, and if possible, off my cock.
“Jasmine,” I growled low, and she trembled. I knew my face was showing her just how sinister I could be . . . how nasty. I felt the sneer on my face. “Care for a pastry or something else to entice those soft, plump lips?”

Placing the tray beside her on the small couch, I crouched down to her level. My fingers reached out to place a stray piece of her black hair behind her ear, all while my eyes were devouring the lust and want her caramel eyes were throwing back at me.

Nothing. Not a sound came from her in response.

“Answer me, sweetheart, or this ends now.”

Still I was met with silence.

Her pouty lips crashed onto mine before my brain could process another thought. Sweet, succulent, and soft; they were giving me what I needed by yielding to mine. 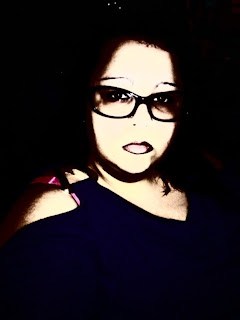 Author Bio:
Elena M. Reyes was born and raised in Miami Florida. She is the epitome of a Floridian and if she could live in her beloved flip-flops, she would.
As a small child, she was always intrigued with all forms of art—whether it was dancing to island rhythms, or painting with any medium she could get her hands on. Her first taste of writing came to her during her fifth grade year when her class was prompted to participate in the D. A. R. E. Program and write an essay on what they’d learned.
Her passion for reading over the years has amassed her with hours of pleasure. It wasn't until she stumbled upon fanfiction that her thirst to write overtook her world. She now resides in Central Florida with her husband and son, spending all her down time letting her creativity flow and letting her characters grow.