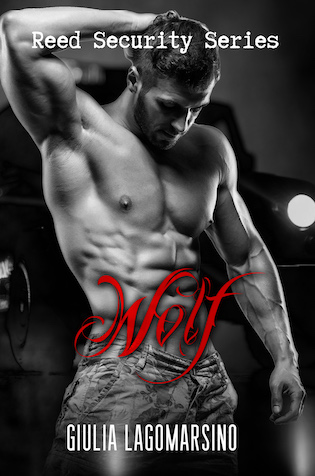 
Craig
I met my little pixie in a coffee house and we hit it off right away. That is, until she saw me shoot someone. But in my defense, they were coming to rob the coffee shop. Who does that? Now, I’ll do anything to get her back and make her realize that she’s mine. Kidnapping? I’m not too good for that. Getting shot? Play up the sympathy card. Marry her? You’re damn straight I will. Lay down my life for her? In a heartbeat. I would do anything for this woman and I will make her mine.

Reese
It was one non date. We had coffee together. After we bumped into each other. It was more of a meet-cute than anything. It was fun until I realized how very naive I was. I mean, the man said that he had a gun on him and I laughed it off like an idiot. Who actually carries around a gun with them. Apparently, everyone from Reed Security. But I didn’t see that, and now I have a stalker. Not just any stalker though. This man takes everything to the extreme. But I can survive him. I will survive him. And when all is said and done, I’ll go back to my life and the boring men I date. Right?

Goodreads / Amazon
—
EXCERPT:
“Reese!”
I ran to catch up to her outside the school she taught at. I had Becky run a background check on her so I could find out where she lived and worked. I figured it would be a little creepy to show up at her house, but work was good. There were other people around and she would feel safe.
I took in every inch of her as she turned toward me. She was short, maybe 5’ 3”, but she was so damn beautiful. She was curvy and had blonde hair in one of those pixie haircuts. It looked damn good on her too.
She turned and her eyes widened. She looked around quickly, so I followed her gaze, thinking she saw something suspicious. “What’s wrong? Is someone after you?”
“No,” she said incredulously. “Why would you assume that?”
“Because you were looking around, like there was danger or something.”
“Yeah, you’re the danger! Why are you here?”
“Because I wanted to talk to you. I feel like we got off on the wrong foot in the coffee shop and you’ve been ignoring my calls-”
“Because I didn’t give you my number.”
“Well, I didn’t get it on our date-”
“We never had a date. Look, it was nice to meet you, but there’s nothing going on between us. We aren’t dating.”
I scratched the back of my neck, not sure why she was denying what I saw clear as day. “Okay, I can see how you would think that there’s nothing between us. I mean, high intensity situations cause stress on new relationships.”
“We’re not in a relationship.”
“But we could be,” I grinned. “See, I think you’re not really giving me a chance here. We had a connection back in that coffee shop.”
“What we had was some banter before I found out that you murder people for a living!”
I shook my head slightly. “See, that’s not entirely accurate. First, I told you that I worked in security, and I even told you that sometimes I took out the bad guys. I never lied about that. And second, I never ever murder anyone. I strategically take out people that should otherwise be dead or imprisoned because they’re really bad people.”
She stared at me dumbfounded and I grinned, thinking I had gotten through to her. “I don’t believe it.”
“You’re starting to come around, am I right?”
“Are you really this…obtuse?”
“Okay, I resent that. I’m not stupid. I’ll admit, there are some times that I can be a little…oblivious and it’s gotten me into trouble, but I know exactly what happened in that coffee shop and you do too. You can’t deny that we had something.”
“Yes, I can. We didn’t have anything in the coffee shop. See? I just denied it.”
“I object your denial,” I said firmly.
“What? You can’t just…ugh!”
“You’re so cute when you get flustered. I could just pick you up and carry you around in my pocket all the time.”
She glared at me and stomped past me to her car.
“So, should I pick you up tonight?”
“No!” She spun around, putting her hands on her hips as she stared me down. “I don’t want to go out tonight. In fact, I don’t want to see you ever again!”
She got into her car and slammed the door. I went over and knocked on her window. “Seven?”
She threw her car in reverse and squealed out of the parking lot. “Hey, this is a twenty mile an hour zone!” I shouted.

I'm a stay at home mom that loves to read. Some of my favorite titles are Pride and Prejudice, Harry Potter, Lord of the Rings, and Horatio Hornblower. I started writing when I was trying to come up with suggestions on ways I could help bring in some extra money. I came up with the idea that I could donate plasma because you could earn an extra $500/month. My husband responded with, "No. Find something else. Write a blog. Write a book." I didn't think I had anything to share on blog that a thousand other mothers hadn't already thought of. I decided to take his challenge seriously and sat down to write my first book, Jack. I was surprised at how much I enjoyed writing. From there, the stories continued to flow and I haven't been able to stop. I hope my readers enjoy my books as much as I enjoy writing them. Between reading, writing, and taking care of three small kids, my days are quite full.
Website / Goodreads / Facebook / Twitter / Instagram / Bookbub / Newsletter