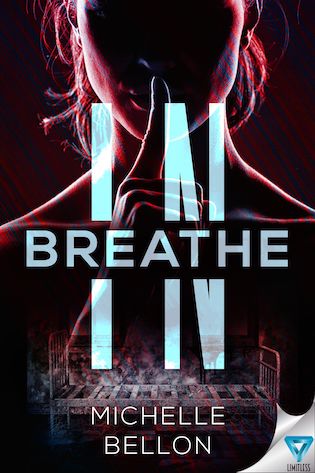 Breathe in. Breathe out. This mantra gets Tessa Benson through the day.
The man she loves walks all over her, and she just wants to get by without her heart shattering to pieces. If she could find her voice, she’d scream.
Everything changes in one night, when she’s snatched from the streets and tied to a bed, a camera set up to capture her dying moment. And the person who paid to watch her die…is still out there somewhere.
Tessa prowls dark neighborhoods in a quest for justice, but she doesn’t find the killer. Not until they strike again…in the place Tessa is least expecting, and where it hurts worst.

Goodreads / Amazon
Only 99¢ for a limited time!
—
EXCERPT:
Seth gazed down into pools of black, into Krista’s large beautiful eyes, and was lost to the humble pain reflecting from them. A direct result of having lost her best friend. He hated to see her cry, and the fact he caused it now had him feeling awkward, ashamed, and less than human.
How could he have left her like that? It was a damn good question. Even though he’d always been able to reason with himself that it was the right thing to do, he faced the obvious fact it had been incredibly painful for her.
He continued to look down at her as she fought to reign in her emotions, her bottom lip quivering and breaking his heart. Proving to him, he had been wrong, and there were no words to right his mistakes. He gently reached out and touched her face, wiping away the tears. “I am sorry, Krista. I never meant to hurt you, I swear. I thought it would be best if I never resurfaced, and you would finally be able to move on without me.”
He knew the excuse was an old one, and it would burn her deeply to know he still harbored the desire to protect her by distancing himself. He also knew that even though he felt inclined to keep his distance, he could never again walk away from her. Her presence soothed his battered soul, and he would never be able to continue without her. He was suddenly determined that he would earn back her friendship, no matter what he had to do.
Krista didn’t let go of her grip on him but was suddenly desperate to have her questions answered to fill in the gaps and understand where he had been? Why was he here? And what did it all mean? “What’s going on, Seth? Why are you here?” she asked warily, fearing that despite his apology, he would up and disappear the first chance that he got.
Seth thought about his time in Mexico, his recent realization of his possible contributions to the murders there, or his inevitable descent into insanity, following in the footsteps of his mother. He stepped back from her, regressing immediately into an old pattern of keeping his tainted darkness away from her pure light.
“I need your help, Kris.”
Krista drew a deep, shaky breath, composing herself as she looked into him. She would see his weakness and that he was struggling with something bigger than he was, probably bigger than what she could handle. But she would help him as best she could. He was sure of that. No matter how it affected her. That’s what he worried about.
“Okay. I’ll help you. But you have to promise me just one thing,” she demanded, pointing her finger at him with a stern warning in her tone. “You have to promise me that you are going to be completely open and honest with me. You aren’t going to hide anything in the name of protecting me. I am sick of being treated with callous indifference so that you can feel like some sort of martyred hero. There is no point in me helping you with anything if we aren’t on the level. Understand?”
Seth clenched his jaw and knew he deserved the insult, while she also deserved exactly what she was asking for—honesty and trust. He nodded in affirmation. He would give her both. “I understand.”
Krista cocked her head to the side and continued to size him up with a wary, narrow-eyed gaze, “Fine, then let’s get out of here. We can go back to my apartment and order pizza while you fill me in on the last decade of your life and what it is you need help with. I’m hungry!” she stated emphatically as she spun on her heel. She crossed the room, gathered her briefcase, and turned back to lead the way out of the building.
As she approached him, she gave her best imitation of Ricky Ricardo’s famous Cuban accent, “Lucy, you have some ‘splaining to do!” and slipped her left arm into his right, gently pulling him toward the staircase. Same old Krista, bossy as ever. 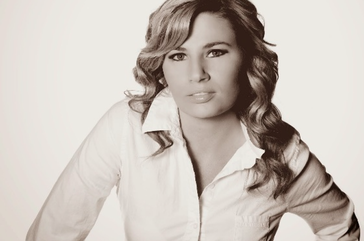 Michelle Bellon lives in the Pacific Northwest with her husband Chayne and her four quirky and beautiful children. She loves coffee, Superman, rollercoasters, and has an addiction to Chapstick.
She works as a registered nurse, is pursuing her Masters and in her spare time writes novels. As a multi-genre author, she has written in the categories of romance suspense, young adult, women’s fiction, and literary fiction. She has won four literary awards. You can visit Michelle’s website at