BOOK BLITZ: My Path to You by Kate Carley #GIVEAWAY 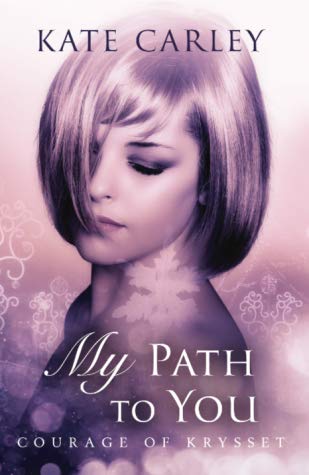 A pharmacist and a recovering drug addict. What could go wrong?
There are certain combinations that simply don’t work. Not on paper and not in real life. It is a life lesson Sawyer Ferris might just learn the hard way.
Nothing has ever been out of Sawyer’s reach. He has the financial means, the brains, and the brawn to turn any desire into a reality. But when the new high school counselor catches his eye, he quickly discovers he can’t have everything he wants. At least, not without taking a risk.
Cass’s attraction for the leather-wearing, Harley-riding pharmacist has her running for her sanity and her sobriety. But in the small town of Krysset, it is nearly impossible to avoid the ruggedly handsome businessman. And the truth of the matter is, she doesn’t really want to.
The pursuit is on, and it’s never been sweeter. Until Cass’s addiction collides with Sawyer’s past.
Return to Krysset, the resort town in northern Minnesota, for a love story of courage and strength in the aftermath of personal loss and physical abuse.

Goodreads / Amazon
—
EXCERPT:
“It seems like Jack has a hard time playing nice with his friends,” Cass said.
“Look, Donovan, that may be, but you don’t need to punish him for it. Guys will be guys. They’re just working out their differences.” Coach Jenkins met Sawyer’s eyes. “Right, Dr. Ferris? Guys tend to play rough.”
Since Sawyer and his close proximity had been called out, he sidled up between the coach and the woman—who finally gave him a peek. And wow was the only word that came into his mind. Her asymmetrical haircut was cute and chic and so perfect for the delicate features of her face.
“Yeah, as a general rule. Guys fight and get over it.” He turned and stuck out his hand. “I’m Sawyer.”
Studying his face, she offered him a smile at the same time she offered him her hand. “Cass Donovan.”
“Donovan, I’ve got to deal with the post-game wrap-up in the locker room. We’ll talk next week.” Jenkins turned and hustled away.
Cass gave Sawyer her full attention, eyeing him with feminine curiosity. It was the equivalent of a shot of good whiskey easing, warm and smooth, throughout his body.
“It’s good to meet you.” She tilted her chin upward slightly. Her bulky wool coat hung open at the front, displaying her petite body and the slender line of her neck. “Are you a parent of one of the players on the team?”
“No. Just a family friend. Came to watch Ryder play.”
Immediately, at Ryder’s name, her face lit up, and a smile with dimples on either cheek brightened her face. It seemed as if all the anger from moments ago with Jenkins had faded away. “Ryder is a good kid.”
“He is. You’re new to town, right?”
“Moved here at the end of August,” she said, tucking a strand of hair behind her ear with her left hand. No ring.
“Just in time for the school year.”
Sawyer took a step closer while Cass surveyed him with the most enchanting honey-colored eyes he’d ever seen. It seemed intimate, her perusal, as if she were taking in every nuance of his face, and filing it away for future reference. And his face? Well, it wasn’t much to look at. A hawkish nose and a square jaw. He hadn’t shaved this evening before coming out, so he knew he was scruffy, and his goatee needed a trim. But he hadn’t cared. Wasn’t out to impress anyone. Except maybe now, he’d like to make an impression on Ms. Cass Donovan.
Without thought, he lifted his hand and scratched at the stubble on his face. “I’d love to get to know you, Cass. Would you like to go to dinner tomorrow night?”
Wide-eyed, she shook her head hard enough for the longer strands of hair to bounce up and cover her left eye, and then she brushed them back. “I don’t date.”
“I don’t bite.” His words must’ve caught her by surprise, because a sweet little trill of laughter bubbled out.
“Did I hear Coach call you Dr. Ferris?”
“Um, yeah. Most everyone just calls me Sawyer though,” he said.
“Oh?” She pursed her lips into a playful pout. She was teasing. The expression said as much. “So, a doctor that no one speaks of, huh? A proctologist?”
Sawyer chuckled. She was cute. And she had a sense of humor.
“No. But there is something about a proctologist that makes even the manliest man shudder. No, I’m a pharmacist. I own Krysset Apothecary on Main Street.”
Instantly, Cass shut down. The playfulness disappeared, and the smile fell from her face and crashed to the wood-planked floor of the gymnasium. Felt like his heart fell down there, too.
With the blandest expression, she said, “It was good to meet you, Dr. Ferris. Good night.” Then she whirled around and scurried away, leaving him to watch her nimbly mount the steps of the bleacher and disappear out the doors above. 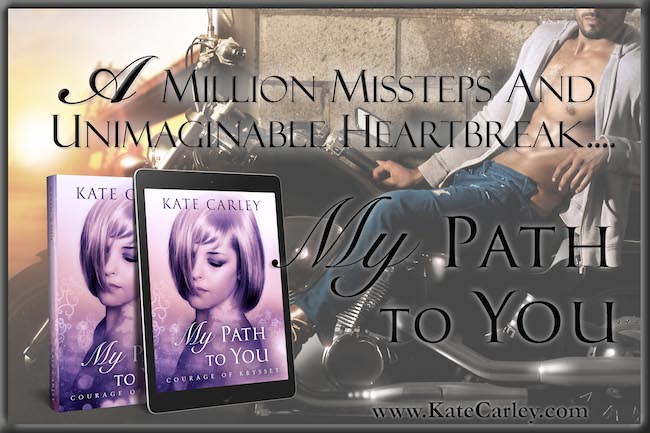 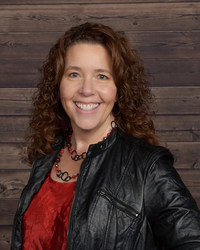 Kate spent seven years working as an IT professional before 'retiring' to stay at home with her two little boys. Now--two more children and two decades later--Kate is launching her new book series: Changing Krysset.
When Kate isn't writing, she's cooking for her brood. Late at night, you'll find her curled up by the fireplace reading a romance novel.
Kate lives in the Midwest with her husband of twenty-seven years and their four children.