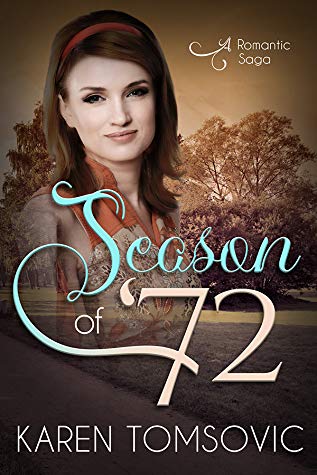 
A standalone romantic saga full of angsty emotion that spans the years. If you remember the 1970s or just wish you’d been there, you won’t want to miss this story!

Everyone wants of a piece of Robin Stewart. As he blazes a path across the pop culture landscape of the 1970s, from television sex symbol to rock superstar, he’s the ultimate picture of cool and the romantic fantasy of women everywhere, carrying the hopes and burdens of his show business family on his sexy shoulders. But nobody knows how much alcohol it’s taking to keep up that image, or how terrifying groupies can be. All Robin wants is to claim his own identity. To be loved for himself.
Quietly at his side, Robin’s co-star Christine Keithley is his groupie kryptonite, shielding him from rabid fans. She’s the one person who’s always honest and direct with him. But a dark secret from her past keeps her from giving her heart and soul to him. When Robin walks away from stardom, it means leaving Christine in the past as well.
Years later, they are reunited when an old foe comes to claim all Robin holds dear. Is life giving them another chance? The television season of ’72 is part of their past. After a lifetime apart, do they have the courage to rediscover their love?

Robin Stewart had never seen the inside of Christine Keithley’s trailer before. Throughout most of the first season of Golden Gates Mysteries, his costar had barricaded herself inside, drinking gallons of orange juice and pleading a headache. If someone had asked Robin for his diagnosis, he would have said that Christine Keithley was the headache.
A small electric fan ran to dispel the midday heat. The whir provided a backdrop of sound, like a chorus, a running commentary on the undercurrent of awkwardness.
He was pretty sure he’d lost his pursuers somewhere around the three-tiered fountain in the old town square. But to be safe, he would stay with Christine until he was needed on camera or until the commotion died down. At the rate things were going in his life, that probably wouldn’t be until he turned thirty, another eight years—if he made it that long.
Christine looked him over. She had big blue eyes, the watery kind of blue, like an aquamarine. They were so vast and expressive, they seemed capable of holding a sea of pain, not to mention sympathy.
“Girls again?” she asked.
“These weren’t girls.” They definitely weren’t girls in the sense of twelve-year-olds. Teeny-boppers were Jay’s department. Robin’s little brother had a fan club full of them.
“Oh?”
“These were women.” From the looks of their flower-power boutique dresses and teased, sprayed hairdos, they were Beverly Hills types, wives or mistresses of important executives. And they most likely found the prospect of chasing after Robin Stewart more exciting than a sale at Bonwit Teller. They sought out the same thing every other member of the fairer sex did who camped on the streets outside his house or lurked beyond the barricades of Monument Studios: Robin Stewart’s—ahem—corduroys.
“Naked again?” Christine asked.
It wasn’t like Robin had anything against women, naked or otherwise, though of course he preferred the former.
He shook his head. “Not this time.” Robin gave a slight shudder. He’d finally gotten that little intrusion from last week out of his head, and Christine had to go and bring it up.
He’d had a lot of explaining to do that day to Judy, the girl he’d been seeing and had high hopes for. He had just so happened to be giving Judy a tour of the set, along with that week’s guest star, a Tricia Nixon lookalike fresh from Ohio. When Robin had opened his dressing room door and found two strange – and unclothed—women there, he heard a loud scream—he was pretty sure it had come from him.
Robin was jolted out of the memory by Christine holding out her pack of cigarettes. “Here.”
He glanced at the pack with its painted design of a woman in a field of flowers. “Eves? You smoke Eves?” They were one of those brands “for women,” full of long, graceful one-hundreds that had pretty flower-painted filter tips. As if he didn’t feel silly enough, now he would have to smoke those.
Even so, Robin lit up, took a long, refreshing drag, and exhaled. “That was close.”
It wasn’t that Robin had no interest in sowing wild oats. It was just that he wanted to have some say in the matter. And he preferred to be the one doing the pursuing.
As much as he didn’t want to be out there, mobbed by strangers, he also didn’t want to be in a trailer with Christine, who clearly was repulsed by him. No, all he wanted was to play the field with his choice of typical, usual fast girls, like Judy.
“Can you imagine if they found me?” he asked.
“Yes,” Christine said, pressing two fingers to her lips, which he assumed, was a gesture meant to hold back laughter at his expense. “They might have tousled you to death.”
Robin winced. Very funny. “For your information, I happen to have sensitive skin.”
Magnetism or no, he hated being manhandled, or in his case, woman-handled. He was sensitive to the touch, ticklish even, especially to the touch of strangers.
He wriggled in his corduroys at the thought.
“Let me guess.” She gave him a sidelong glance. “The heartbreak of psoriasis?” She put one of the Eves to her mouth and lit up. Her lower lip—full, plump, and practically bee-stung—jutted out in a pout. The effect was quite sensuous. He’d never noticed it before.
Christine tilted her head back and blew. A long plume of smoke shot upward toward the ceiling. The movement gave her an air of self-assurance and maybe projected some French-style ennui and a certain sophisticated pissed-offishness. But if she was aiming for sexy, she had a long way to go. 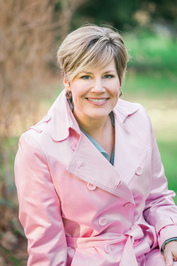 Karen Tomsovic writes contemporary love stories that aim for the funny bone as well as the heart. She lives in the Pacific Northwest, where she likes to look out the window from her kitchen table and find new ways to describe clouds. Her two pet parrots, Teddy and Daisy, interrupt her as often as possible.
Like her owner, Daisy loves to devour books. However, she does so in a more literal sense. Teddy makes a great muse. He thinks Karen should include a bird in every book. Karen says she'll try.
Website / Goodreads / Facebook / Twitter / Instagram