LOOK at ME! Paper Love by Aubrey Wynne 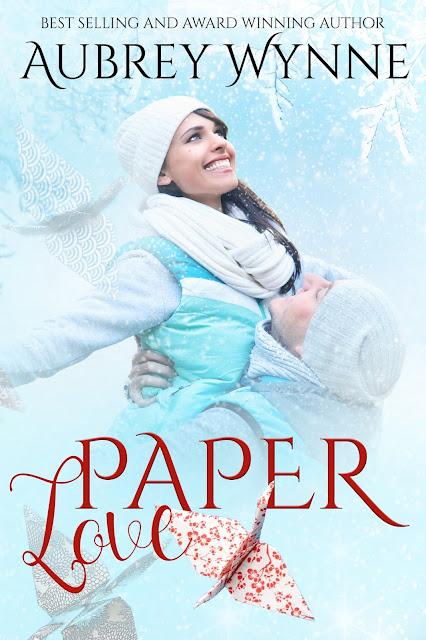 Growing up in a Papua New Guinea mission, Joss Palmateer is a gentle soul with a unique view of life. Still adjusting to a new home in the U.S and the sudden loss of her mother, love is the last thing on her mind. Sexy physical therapist, Ben Montgomery, meets his sister’s friend and the sparks fly. He takes it as a challenge when she ignores his advances, but it’s her extraordinary inner beauty that captures his heart. With the help of a stray homing pigeon and an old origami legend, Ben sets an unwavering course of romance to win her love.

As they walked past the fountain, he stopped, swallowed, and plunged into the speech he’d planned for the last week. “Joss, I know you are hesitant to date me, and I understand your reasons. I can’t blame you but it’s also not my fault that I’m...popular.”

She opened her mouth to speak, and he gently put a finger on her lips. “Hear me out. Since I laid eyes on you that night, my world has tilted. I feel a connection to you that I’ve never felt before, and I think you feel the same.”

She took his finger in her hand. “I don’t know if I’m in a place where I can move forward with a relationship.” Her eyes held a pain that threatened to rip his chest open. He wanted to heal her, remove the hurt from her eyes now and forever.

“I know that. I’ve just finished my internship, and I’m starting a permanent position at the clinic.” He paused, stroking her cheek with the back of his finger. “Let’s take a month to get to know each other. You decide if you are staying or going back to your old life. I’ll get settled into my new job. We see each other as friends, no pressure or romance.”

“Exactly. Except I won’t be seeing anyone else. I need to prove to you that I’m not a player. Then in a month, we’ll reassess. If you are in a good place by then, we’ll make it official and start dating.” He let out a sigh. He couldn’t read her face at all.

“One month?” She looked up at him, her eyes narrowed. “You’ve thought this through, haven’t you?”

He nodded, hoping this brilliant idea didn’t backfire on him. “It’s a deal. So I’ll see you without any romantic overtures?”

He hesitated. Not kissing her over the next month would be one of the hardest things he’d ever done. “No romance starting tomorrow.”

“I want you to know what you may be missing. Over the next month you can think about this.” He cupped her face in his hands, brushing his lips softly against hers. Every muscle in his body jumped to attention at the touch. His desire flared, and his head dipped again, covering her lips, coaxing her to respond.

Her hands gripped his biceps, clinging to him as if she might fall. A soft sigh escaped her, and he thought he would explode. He buried his face in her shoulder, her silky hair caressing his cheek as he breathed in the scent of her. Joss had been sent to him. He would start the next phase of his life with her by his side. And he would pull her through her troubled waters. Ben gave her one more lingering kiss then pulled her hand through his arm. They walked silently toward the parking garage.

His heart thumped slow and steady as he realized he’d found love. No sweaty palms. No racing heart. No panic. It was more like an enchantment, this discovery of a person who filled him with peace and hope, who made him want to be better, be a hero for someone else. But his usual bulldozer style would not work on Joss. Exuberance and charm would bounce off her shield. Patience and determination were the key; Joss would pay attention to his actions not his words.

Just like his beating heart, slow and steady would win this race.

Bestselling and award-winning author Aubrey Wynne resides in the Midwest with her husband, dogs, horses, mule and barn cats. She is an elementary teacher by trade, champion of children and animals by conscience, and author by night. Obsessions include history, travel, trail riding and all things Christmas.

Her short stories, Merry Christmas, Henry and Pete's Mighty Purty Privies have won Readers Choice Awards and Dante's Gift received the 2016 Golden Quill and Heart of Excellence award, as well as being a Maggie and Aspen Gold finalist.

Besides her Chicago Christmas novellas, Aubrey will release "A Vintage Romance" series inspired by tales of her stepfather, who served for the British Air Force in WWII. The stories will be set in the 40s & 50s. Her medieval fantasy series will launch in 2017 with Rolf's Quest.

Subscribe to Aubrey's newsletter for new releases and exclusive excerpts and free stories.

A place of handsome knights, dashing gentlemen, beautiful, sassy women, and romance from the past to the present. You’ll also have some opportunities to help promote Aubrey with her upcoming releases if you feel so inclined. There is fun to be had, prizes to be given, and heroes and heroines to fall in love with. Come join Aubrey's street team. 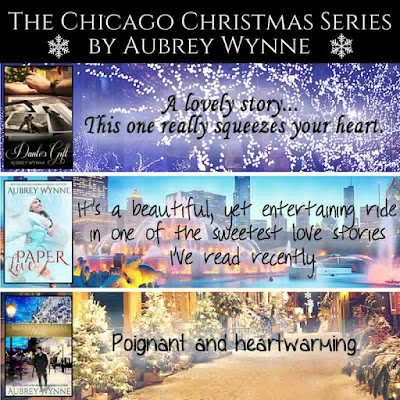