LOOK at ME! Matronly Duties by Melissa Kendall 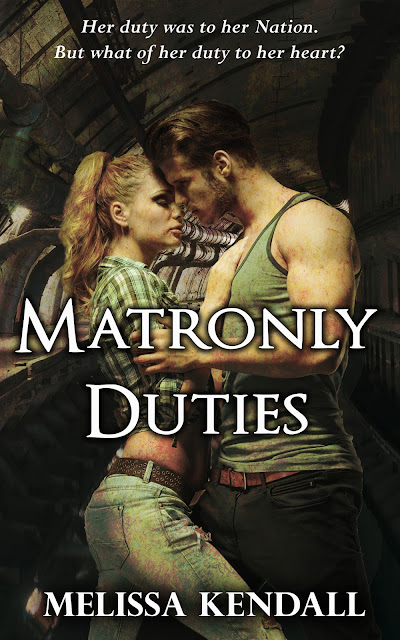 Centuries after the asteroid that sent Earth into the ice age, the remaining humans live in underground sanctuaries. As the Impact Bi-Centennial Anniversary approaches, Bethanie Greene prepares to take her place as the Government's new leader. Or so she thinks.

With her life planned out, Bethanie trains to become the next Matron of the underground nation of Oceania. Until six weeks shy of taking office she's kidnapped by extremists; then rescued by a handsome stranger.

Harboring a deep-seated resentment of the government, Howard James struggles to survive in a world where those in power wished he didn’t exist. Ironically, he finds himself rescuing the soon-to-be head of the government, Bethanie Green. Torn between his resentment of everything she represents and her beauty, Howard shows Bethanie a different side of life in Oceania, while at the same time opening her eyes to the injustices of the government she is meant to lead.

Can Bethanie trust this man? Who is this handsome stranger who fights everything she believes in?. And he gets under her skin like nobody has even dared before.

Against all odds, Bethanie must decide if her heart and her duties can coexist.

My body shakes at the thought of what could have happened to me yet again. I’ve heard stories about the slums, and I have to take a few deep breaths to calm myself.

“I was silly running away, I get it. I just couldn’t stay in your home any longer.”

Howard sighs. “Just because my parents raised us with traditionalist values doesn’t mean we are anything like the Trads. You accused us of being a drain on society, but you don’t even know us.”

“You’re right, I don’t. But you don’t know me either. If you did, you would understand why it’s hard for me to understand your way of life. It goes against every law, moral, and convention I’ve been taught. So I can’t be sorry for what I said, even if I’m sorry I ran out of the house.”

Howard takes a deep breath, then exhales long and slow. The expression on his face looks a bit like pity but with a dash of guilt mixed in. “Look, maybe I’ve judged you unfairly based on preconceived notions, but—”

A loud bang echoes outside. Howard glances at me with a panicked look on his face, and then pulls me off the crate onto the floor behind. I sit up, and turn to yell at him, but male voices outside keep my mouth closed. I instead huddle closer to Howard as he puts his hand around my shoulders. He pulls me in until I’m tucked against him.

“Did you see where she went?” a man’s voice asks.

“Nah, she just vanished.” The voice of this one sounds young.

“Damn, the boss isn’t going to be pleased about this.” 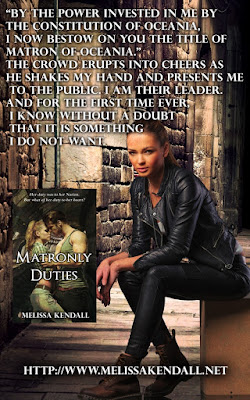 The crunch of shoes against pavement indicates they are on the move again. The sounds trail off until they’re no longer audible. I sigh in relief, all the tension fleeing my body.

“Are you okay?’ Howard asks, rubbing my shoulder.

I glance up, only then noticing how little space is between us. His blue eyes have flecks of grey in them, and there’s a smattering of freckles covering his nose and cheeks. His warm breath tickles my cheek almost like a caress, and his jaw has the barest hint of a five o’clock shadow. He really is captivating.

“I’m fine,” I eventually say, the words a mere whisper.

The butterflies in my stomach return with a vengeance. Howard licks his lips as they turn up ever so slightly in a smile.

I can’t stop the sigh that slips past my own lips. Howard leans forward a little, then moves closer still until his mouth is pressed against mine. I don’t dare move. A zing of something, I’m not sure whether it’s pleasure or fear, shoots through me. His lips are soft and wet, and the sensation is unlike anything I’ve felt before. I can’t even decide if I want him to continue or stop. When he pulls away though, a feeling of disappointment bubbles up inside me.

Goosebumps cover me from head to toe, and unbidden, my fingers move to my lips. Glancing at Howard, he stares at me for a minute, then moves to sit further away.

“I’m sorry. I shouldn’t have done that.”

Howard frowns and then looks across the room.

Part of Matron training is learning not to form close relationships. It doesn’t mean it never happens. I’ve heard the odd story here and there from the other women, and I realise that’s probably what Gail was trying to tell me at breakfast the other day. But in all honesty, I can’t remember the last time I had real physical contact with anyone, above all with a man.

We sit in uncomfortable silence for a few minutes. Tension rolls off Howard in waves.

“Nothing. Come on,” Howard whispers. “We need to get to the house before those guys come back.” 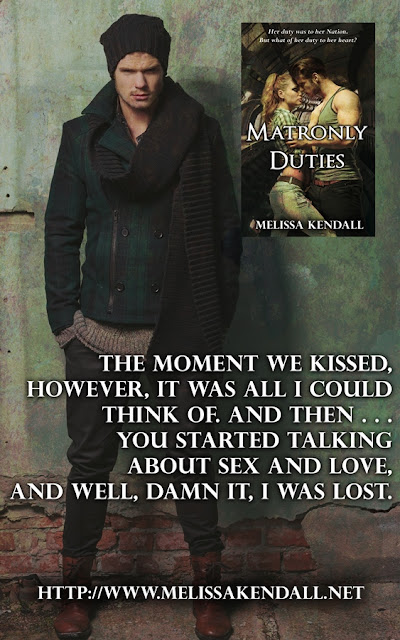