RELEASE TOUR: A Matter of Trust by Jill Blake #GIVEAWAY

A MATTER OF TRUST
The Silicon Beach Trilogy, Book 3
by Jill Blake 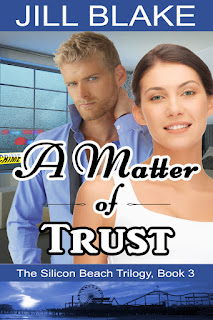 Venture capitalist Vlad Snezhinsky excels at two things: making money and being a dad. Still struggling to get over a disastrous marriage, he has zero interest in starting a new relationship. That is, until he meets Klara Lazarev.

Klara’s done living in her older sister’s shadow. Determined to forge her own path, she completes a prestigious fellowship program before returning to college. Now scrambling to fulfill her graduation requirements, Klara has no time for distractions like Vlad and his daughter. Especially after an unfortunate first encounter leaves Klara doubting Vlad’s integrity.

But when a shocking murder throws their world into chaos, can they trust each other enough to uncover the truth and embrace the possibility of love?

It was the day after Christmas, and the store was packed. So much for doing a quick grocery run.

Klara maneuvered her cart around a woman with a screaming toddler, and headed for the cereal aisle. She turned the corner and nearly ran into another cart coming from the opposite direction.

Blue eyes met hers. He sported several days’ growth of blond stubble across his cheeks and jaw. Dressed up, he was handsome. But dressed down, in faded jeans topped with a long-sleeve navy Henley that hugged every muscle, he was devastating. His fingers tightened on the handle of his cart and he nodded. “Hello, Klara.”

She stifled the impulse to smooth her hair. Santa Monica wasn’t that big. She’d known there was a risk of running into him at some point. Just her luck that it happened today, when she’d left the house without even bothering to check the mirror. On a grooming scale of one to ten, where ten was evening gown and one was yoga pants, she was probably a negative three: the roll-out-of-bed, throw-on-some-baggy-sweats, and try-not-to-forget-the-keys-and-wallet look.

Good thing he was married and off limits. Otherwise, she might have been embarrassed.

She bit her lip and glanced around.

No wife in sight, but there was a young girl with blond pigtails and gamine grin who grabbed his hand and pointed to a box on a nearby shelf. “Papa, look! Can I have this?”

He broke eye contact and picked up the box in question.

The girl bounced on her toes as he read the side panel. “Can I, Papa? Please?”

“Thank you,” the girl dutifully repeated, before skipping ahead, toward the end of the aisle. He followed. As he passed Klara, he smiled and shrugged, as if to say he wasn’t the one in charge.

She saw them again in the dairy section, stocking up on yogurt. They were counting out loud. She slowed and stopped, pretending an interest in—what the hell was horchata?

A surreptitious glance around showed that she wasn’t the only one watching. Other women followed their progress past display cases filled with milk and eggs. In a town swarming with aspiring actors and models, physical beauty alone generated little attention. But the novelty of a preschool-age child skipping down a supermarket aisle with a man who looked like he’d just stepped off the cover of People’s Sexiest Man Alive issue? That turned heads. 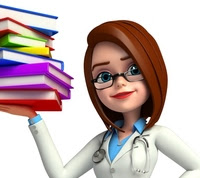 A native of Philadelphia, Jill now lives in southern California with her husband and three children. During the day, she works as a physician in a busy medical practice. At night, she pens steamy romances. 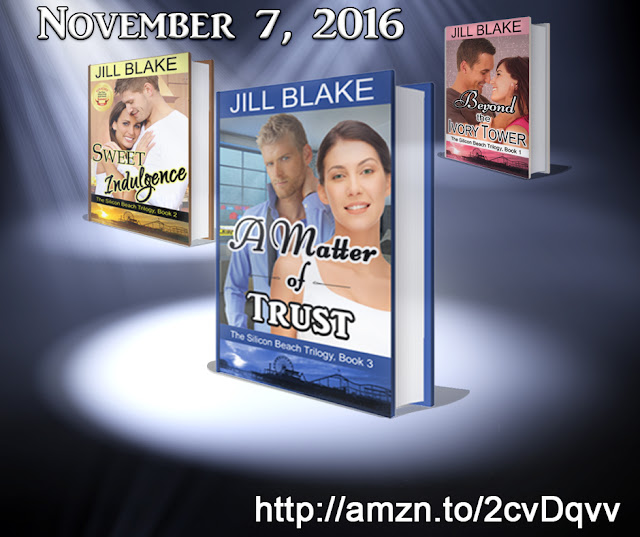