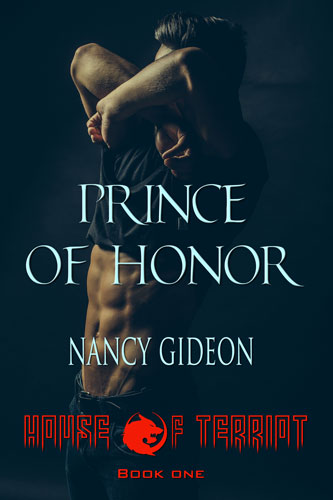 Strong, silent man of integrity content to serve his new king as a prince in the turbulent shape-shifter House of Terriot. A tracker and relentless hunter, he’s used to running trails alone until charged with returning a traitor to their mountain top home to face the unforgiving judgment of their clan. On the run with the bad girl he’s loved forever, the choice between duty and desire has never been more difficult . . . or deadly.

Could the bargain made to save their lives become reality?

Manipulative schemer or victim caught between a mother’s ambition and a rogue prince’s lust for power? Trust is almost as foreign as the idea of love, but to save herself from certain death, she must risk both on the good man who deserves them . . . from someone worthy. Trapped by the only one who believes in her goodness, will she betray him and run for her life . . . or stay and destroy him with a long hidden truth?

He answered with a low rasp. “You have nothing to say that I want to hear.”

Slowly, he lifted his head to regard her, his stare a searing blue against blackened eyes. “I doubt it. Why would I believe anything that came out of your mouth?”

“Because I don’t want to see you die.”

She struggled not to wince at the harsh slash of his tone. “I’m trying to save your life.”

He stared at her, betraying no reaction.

A soft laugh. “What did you think would happen? There’s no way I was coming out of this alive.”

And Sylvia would never be able to close her eyes if she was the cause of his death.

Her calm question shocked a response from him. He blinked, brows lowering in a moment of confusion. “Why would you?”

“You stood up to Cale when he would have killed me. Granted, you were willing to let him torture me, but you saved my life. I’d return that favor.”

“James would know it was you. How do you think that would end?”

“Badly. Unless I went with you.”

He concealed his surprise better this time. Slowly, his eyes narrowed. “With me where?”

“Home. I want to go home. This,” she gestured to their cold, grimy surroundings, her voice thinning with desperation, “wasn’t what I signed on for. Cale forced me to run, to leave everything dear to me behind. My mother. . . my mother is dead. I have nothing else, nothing to lose.”

She looked sincere. She sounded hopeful. But she was lying.

Turow knew better than to believe what she wanted him to see. What he wanted to see. He ached all over from his last lesson. Better to die with some dignity intact than to lead this lovely serpent to the bosom of their family.

Sylvia unfurled a cat-in-cream smile. He stared at the key she dangled before her. To his cuffs and his freedom.

“When he finds it gone,” she continued with less amusement and more trepidation, “I’ll be in his sites, too. Swear you’ll protect me, Turow, and we can go home.”

Such a sweet, deadly deal, one like everything Sylvia offered, too good to be totally true. He had no desire to remain chained to this chair until James arrived with a machete. But, once burned and scarred by this female more deeply than any of his brother’s tortures, he didn’t jump at the opportunity.

“There’s only one way I can protect you if we return to the compound.”

She regarded him warily, sensing bad news behind his smooth offer. “I agree to whatever it is.”

She swallowed then tipped her chin up to an arrogant angle. “What is it?”

“You return to our mountain wearing the mark of our bond.” 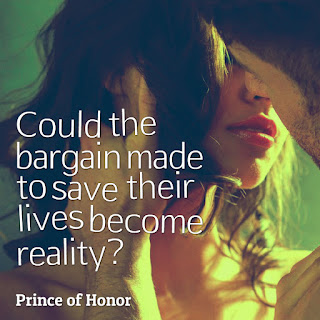 Nancy Gideon is the award-winning, bestselling author of over 60 romances ranging from historical, regency and series contemporary suspense to dark paranormal, with a couple of horror screenplays tossed into the mix, and is currently testing the “Hybrid Author” waters of self-publishing. When not at the keyboard, this Central Michigan writer feeds a Netflix addiction along with all things fur, fin and fowl. She also has written under the pen names Dana Ransom, Rosalyn West and Lauren Giddings. 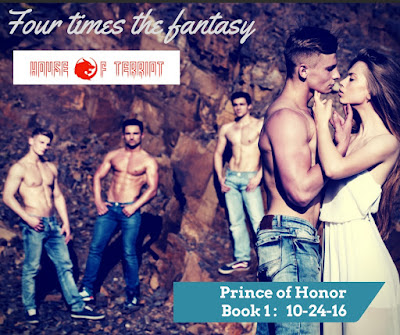