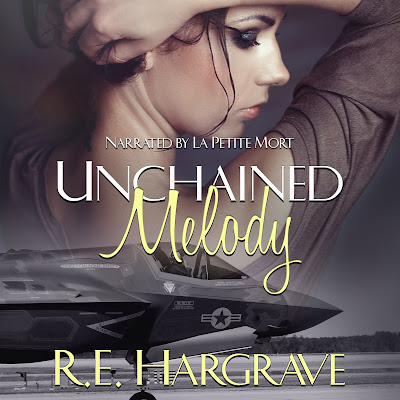 Marshall Chandler is a true American who grew up wanting nothing more than to serve his country to the best of his ability, by becoming a fighter pilot in the United States Air Force. On the eve of his first assignment, he meets the woman that will haunt his dreams and change his life.

Looking around at the swarm of bodies had me wondering how I’d gotten there. Between the loud music and the flashing strobe lights, my already blurry vision was getting blurrier. The smoking patio outside the club beckoned.

As I inhaled then exhaled, my head dropped against the wall behind me and I closed my eyes. The last two years had been intense. Nonstop missions fighting this ridiculous war in Iraq. I knew the American public had mixed feelings on the necessity of the resources which were being used at an alarming rate for The War on Terrorism. Especially the American men and women. Every time I managed to get a hold of the news, it included more deaths.

Part of me felt guilty that I was back in the States for a month when I should be over there with my fellow soldiers. The higher-ups had demanded I take the leave, however. They’d also made some pomp and circumstance about promoting me to Captain, which was bittersweet.

Ten years of service and I was achieving my goals. My call sign, Dallas, was now well-known thanks to the number of “kills” I’d logged. If I was given a target, I didn’t miss it . . . ever.

The impetus behind my heroic drive wasn’t so grand. Knowing that by giving myself over to the cause and allowing myself to become submersed in the mission, I didn’t have time to think about, remember, or ache at the absence of Melody in my life, didn’t discredit the fact that I was living in avoidance. 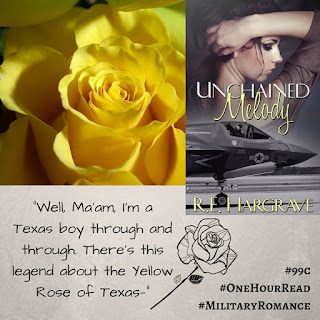 2. What made you decide to do this?
I went through a bitter divorce last year. The divorce brought an end to a poor marriage of almost twenty years. In addition, my employment as a professor at a conservative Christian university came to an end. I "made students think" and "introduced new ideas." In that context, those were bad things. In order to restart my life, I was looking to find additional revenue streams. I started auditioning for audiobooks. I landed a few books in the history and self-help genres. However, it quickly became clear that my voice seems best suited for romance-erotica. The rest is, I guess, history.

4. Are there any characters you’ve narrated that you identify with?
Yes. I recently narrated a story for Lori Remenicky, Invisible. The character Jax had lost a great deal. I felt Jax's pain, hurt, and anger. The story played with my emotions in different, strange, wonderful, and scary ways. I was not expecting that. I actually ended up shedding a tear in the middle of the narration.

5. What are your favorite genres to narrate?
I really like history books. However, there is a passion, wonder, and excitement in the romance and erotica genres. These two genres are growing on me.

6. Are sex scenes difficult for you?
Yes and no. I was raised in a repressive sexual culture. Sex was bad and something to be feared. The baggage is still in my head. However, in this new season of life, I am opening up. I am learning so much from the books. Most importantly, I now realize that "normal" is a construct. We are a wondrous and complicated group of people with different passions, desires, and wants. I hope my voice can ignite and stir fires.

7. Is there any genre you don’t narrate?
I try not to discriminate. However, I would not narrate something that was illegal. The only time I have been uncomfortable was when an author incorporated a scatological scene. That was awkward. Unfortunately, narrators do not see the entire script before committing to the contract.

8. How was it working with RE Hargrave?
Fantastic. She is so great and active on social media. We became facebook friends and communicated back and forth. A healthy relationship between author and narrator is a must, in my opinion. I would definitely work with her again!

9. Do you have a career aside from narrating?
Yes. I am an editor for academic books. I am also an academic author (monographs, encyclopedia entries, articles, etc.).

10. Any favorite authors you’ve worked with?
I have loved everyone that I have met. RE Hargrave in wonderful. The good people at Decadent and Blushing Books have been so kind to me. Leslie McAdam has been so supportive. Deb Markanton, a reviewer of romance and erotica, has been a true gem. We communicate regularly. She offers invaluable advice and support. I am in her debt.

11. How important are strong male characters to you?
I think strong male characters who have real emotions, fears, and aspirations are important. Some psychologists have recently described a phenomenon among American men under the age of thirty: Demise of Guys. I think many women, whether or not they know that term, resonate with the frustration and hurdles in trying to find a competent and strong male who is not a jackass. Romance allows an escape, I think. The man on the page or in the ear is the man whom many women want. In fact, I am currently narrating a book in which the author interacts, physically and emotionally, with one of the characters. Fascinating stuff!

12. Do you narrate both male and female voices?
I do. However, my female voices are still developing. I often work with a female narrator, Ruby Rivers.

13. What do you do for fun? What are your hobbies and interests?
I exercise often. I am obsessed with my WaterRower. I also enjoy playing games with my son. A relaxing evening with a glass of wine and my love is paradise.

14. Does your ‘significant other’ support your narrating career?
Yes, she is very, very supportive. We often narrate together. She edits most of my work (and does a fabulous job!). I would be lost without her.

15. Do you have any advice or comments to those who are interested in pursuing a narrative career or for any authors who are considering audio books?
Yes, I would advise both the author and the narrator to open their imaginations. The transition to audio is more than a transition of mediums. The book is, in a very real sense, new. The narrator and listener encounter the characters, tone, and scenes in a new way.

PLEASE NOTE THIS VIDEO IS INTENDED FOR 18+