LOOK at ME! The Heritage Series by Layne Macadam 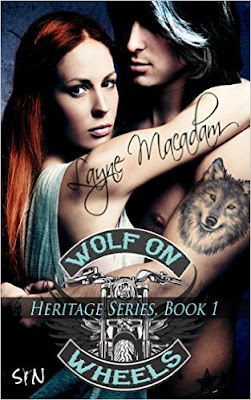 Wolf Shifter, Caleb Grayson’s opinion of humans is lower than a rattlesnake’s belly, that is, until Lara Walker comes into his life. But can the pretty veterinarian, with her marmalade curls and flashing green eyes, be trusted with his secret?

As alpha of his pack he is duty bound to keep them safe and, with genocidal hunters closing in on them, that means maintaining anonymity. So will sharing his secret strengthen Lara’s and his relationship? Or will it send her running in horror and announcing his heritage to the world?

When the decision to reveal all is snatched out of his hands the revelation, not only turns her world inside out, but it has far-reaching repercussions neither could have imagined.

Caleb Grayson’s fur spiked and his tail swished with anger as without a thought or a care, Nora bounded off down the street, leapt over the suburban fence and was lost from sight. His orders to the pack had been clear. Bare minimum—travel in pairs. Stay together at all times. Watch each other’s back. The lure of fresh rabbit must have overridden duty and common sense.

The growl he released was feral as he took off after her. The rules were put in place to keep his pack safe. Hunters were on the warpath and they were after wolf shifters with deadly intent. He’d already lost one member to their violence and would not lose another. Humans, he made a derisive sound. They were uncaring and self-centered. He’d yet to meet one he liked. He pulled his muzzle into a sneer and bared his teeth at the thought of that race.

One giant leap had him over the fence and landing smoothly on all fours on the other side. Nora was farther up the yard edging closer to her goal, but she was not alone. 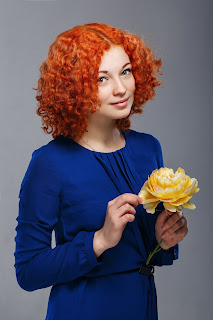 Frozen to the spot he couldn’t move had his life depended on it. It was as if he’d stepped into a trough of rapid dry cement and was stuck fast. His heartbeat had ramped up and his tail twitched at the sight of the divine human before him. Awestruck, he snarled at the smaller gray wolf beside him. They’d talk about her transgression later. Nora was an adolescent and still in the playful stage of wanting to hunt live prey. Fresh meat was tempting but no excuse for defying his orders. She pawed the ground waiting for him to speak telepathically, but he was speechless. The female human had him dumbstruck and transfixed.

She was a good head shorter than he, athletically built with dips and curves in all the right places, and her spiral curls were the color of marmalade and looked every bit as rich and glossy in the lunar light.

It came to him in a flash then, this human with her emerald eyes sparkling like gemstones was his mate. He’d waited centuries to find her, had given up hope, and now, like a bolt from the blue there she was. Not even Lycan, but human. It was cruel, preposterous, but true. He had little tolerance for the species, but he ached to carry her home, cherish her, breed with her, howl with elation, but he quashed the instinct as his homosapien side surged to the fore—tread carefully, do not rush this—she may not understand.

“Caleb, what is it?” Nora’s telepathic voice quivered with unease.

He didn’t answer, couldn’t answer, so consumed was he with the human before him. Her shape was visible through the silk of her gown. The night breeze had molded the thin white material to her womanly form. She was a vision. He was grateful it was a she-wolf beside him and not a male from his pack.

As he continued to stare, mouth agape and tongue lolling, the breeze picked up and she shivered. Her nipples punched out against the flimsy fabric. He whimpered. His heart pounded faster now as if he’d run for miles at top speed over the rugged terrain around his Black Mountain home.

“Caleb what’s wrong, can’t you hear me?” Nora’s voice was high-pitched now and sharper than normal.

Before he could speak the woman took a small tentative step toward Nora’s midnight snack. She reacted on natural impulse. Her fur stood on end, a menacing growl emanated from lips drawn back in a savage snarl baring sharp teeth. Crouched low and ready to spring, it was enough to have him recover his voice.

“Stay. The human is my mate. Threaten her and you threaten me.” As he sent the telepathic message, Nora dropped to her haunches, and with a whimper assumed a submissive position—she would not dare challenge him.

The command was issued with his sight still glued to his female. The stiffening breeze had whipped the ginger ringlets around her face giving a halo effect, but when her eyes widened and she trembled, it pierced his heart like a blade. He hated seeing her frightened, smelling her fear, but at this point there was little he could do. 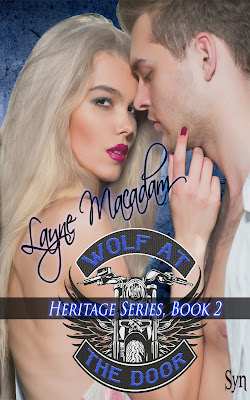 Jonah Lawson is a wolf with secrets. Fate has dealt him a shabby hand, so, long ago, he decided to lead a solitary life, never to inflict his tortured past on any female. He takes his pleasures outside the pack with human women, and that works just fine and dandy until the exquisite Camille Robineau arrives at the compound claiming relative status to his alpha, and he knows then and there, he’s in serious trouble.

With his protective armor slipping, he treats her with sardonic indifference, but when the headstrong, reckless Camille goes missing, he realizes she’s taken his heart along with her. His wolf senses ignite and he leads a search party to find her that ends with dire consequences no one could have foreseen and leaves Camille making a sacrifice that will impact the rest of her life.

The house, when it came into view, was not what Caleb had been expecting. Then again, he wasn’t sure what he’d been expecting, his head was so in a muddle, but a ramshackle dwelling in the wilderness was not it. The log cabin was from another era and had seen better days, but it was clean and well kept. There was a settee and two rockers on the porch out front, and two steps leading up to an open front door.

“Looks like someone’s home.” He drew in a big breath and let it out slow as he parked the car alongside an old-model Ford at the end of the drive. He got out and scanned the place with interest as he walked around to open Lara’s door. A banged-up CTG 750 was under a lean-to a few yards in front of the Ford, and beyond that a makeshift clothesline, complete with sheets flapping in the breeze, was strung between two trees.

Lara got out and stood beside him just as an attractive slender woman, balancing a basket of laundry on her hip, came out the door and trotted down the steps before noticing she had company.

On spotting them, color drained from her face. The basket hit the ground, spilling the contents onto the dirt in a sodden pile. Her hand covered her mouth. 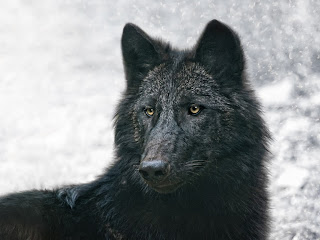 “Caleb.” The single word puffed over pale lips in a bare whisper as she dropped to the steps, sitting down hard with a thud, her hand fluttering over her heart. “Is it really you?” she mouthed.

Before he could answer, a male who could only be Connor burst through the open door, sleep tousled and wearing jeans clearly pulled on in a hurry, unzipped and sliding off his hips.

He rushed to her side and touched her shoulder. “Mother, I heard you fall. Are you all right? Let me help you.”

Lara made a move forward while Caleb remained glued to the spot, studying the scene as if from another planet. His mother was striking. And at first glance, Connor and he were mirror images, but the more he studied his brother, subtle differences became evident. They were of a similar size, both being big males, but Connor emitted a latent anger simmering beneath the surface. Although both had wolf tattoos, his was just on his bicep, while his twin had a complete sleeve. The most obvious and bewildering difference, though, was the absence of a white streak in Connor’s raven hair.

Perhaps he’d misunderstood Rose. He rubbed the back of his neck in contemplation while he viewed the whole picture. Lara bent down and started collecting the soiled laundry, shoving it back into the basket. Up until that point, Connor seemed oblivious of their presence. He spared her a glance now, then flicked a transient look over him before turning away and helping his mother up and onto the settee. That was Caleb’s cue.

With determined strides, he crossed to his mate and clasped her elbow. “Leave that, Lara.” Neck hairs bristling, resentment rising, he drew her upright and supported her up the steps. “I didn’t mean to shock you, M-M Amber-Lee.” ‘Mother’ stuck in his craw. She’d never been a mother to him.

Connor cleared his throat and with languid movements straightened and zipped his jeans, his flowing hair wafting in the breeze that had kicked up a notch. Without a word of acknowledgment or greeting, he slipped a band from his wrist, secured his long hair in a ponytail, then folded his arms and glowered.

“I guess you know who I am?” Caleb schooled his features and adopted an affable stance he was far from feeling.

“Yeah, we know who you are, and if you think we give a shit, then you’re barking up the wrong tree.” 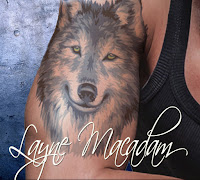 Multi-award nominated Australian author, Layne Macadam, writes hot and spicy romance in a variety of genres, including paranormal, sci-fi, and contemporary. Always an avid reader, one day, having exhausted her supply of paperbacks, she decided to try her hand at writing. After a lot of determination, hard work, and frustration, she completed her first novel, Desire Unleashed.

With a passion for travel, Layne has been able to draw on her practical knowledge and experiences when setting the backdrop for her stories. The Australian Outback plays a part in Obsession Down Under. Kentucky’s Black Mountain and the Canadian Rockies feature in her shifter Heritage Series, while her Desire Books follow the antics of a team of Navy SEALs on their adventures in exotic locations around the globe. Her repertoire, thus far, includes two novels and four novellas, with the much awaited third book in her Desire Series to be completed by the end of the year.