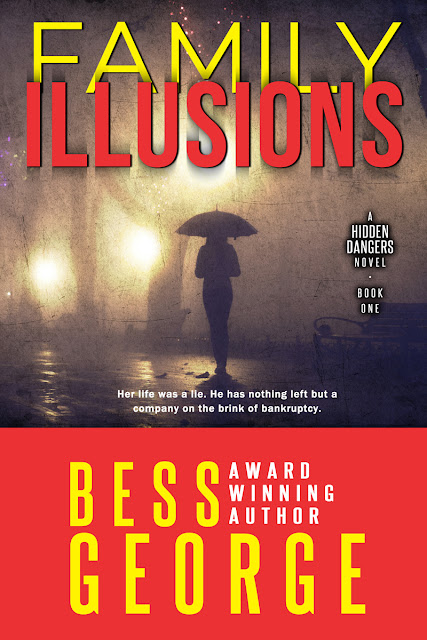 A woman’s voice sounded to the left of her hidden nook. “What do you mean you’re running late? I need to get this stuff out of here now while there’s no one here. Okay, it’ll be in the usual spot.”

Intrigued by the conversation, Charlie remained motionless as the sound of shoes clicked away toward a back door that led to an alley. The door closed with a bang and she crept forward. The Sahara Desert held more moisture than her mouth at the moment. Where the heck was Tony? If she took the time to go find him, she might lose the chance to see if this was the thieving employee.

One foot eased forward and then Charlie rocked back on her heels in doubt. This is your job. Do it. She scurried over to ease the back door open a crack. There was no sign of anyone so she slipped through the opening. A movement to the right caused her to pull back into the recessed door frame. From where she hid, all she saw was a white trash bag as it sailed into the dumpster. Heart pounding, she ducked inside and busied herself at the dishwasher in case the woman returned the same way.

The kitchen door slammed back against the wall when someone entered. Footsteps came closer and then stopped directly behind where she worked to empty a rack full of clean glasses. After a moment, the woman continued on into the dining area.

Charlie hurried back outside and over to the trash dumpster. Even with her height, she couldn’t see into the dark depths. Looking around, she spotted an old plastic crate on the ground. She pulled it over and gingerly stepped up. The stench of rotting meat and soured cheeses made her eyes water and with one hand holding her nose, she leaned in as far as possible.

A lone pale lump glowed brightly in the left back corner among the other dark green mounds. She stretched one arm out as far as it would go. Almost. She stood on her tiptoes to gain another few inches. Her thrust forward caused the crate to slip from under her feet. A precarious balance on the metal rim of the dumpster, she struggled to keep from sliding down into the disgusting mess.

More in than out, gravity worked against her, and she landed face first in the soft piles. Disoriented, her surprise turned to horror as the more she moved, the more she sank. Had something alive brushed her leg?

Charlie was still shrieking when Tony’s surprised face appeared over the side. Between his laughter and her flopping about, it took them several attempts to get her out of the large container. While Tony retrieved the bag, she stared down at her clothes and sighed. She needed to go back and reread the chapter on dumpster diving. The book made it sound so easy.