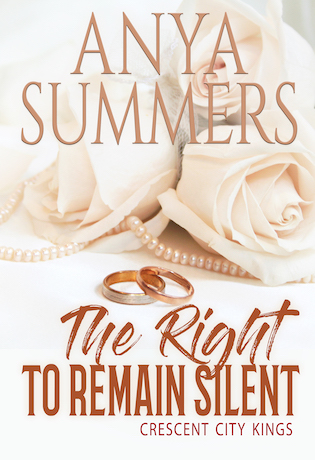 He never expects to find her there…
Officer Quinten Blackthorne is working undercover to bring the Rudnikov Mob Empire to its knees. He never expects to find his best friend’s baby sister, Becca, in the center of a powder keg situation at the infamous mobster’s home. With her life on the line, he does the only thing he can think of to save her – he pretends that she’s his fiancée, who knows nothing of his clandestine activities with the criminal enterprise, and stands as her stalwart protector.
Forced into marriage…
But Quinten never expects the mob boss to force them into marriage at gunpoint as a test of loyalty. Not to mention, the idea of her belonging to him isn’t unappealing, nor is he as averse to the prospect as he lets on. Becca, with her sweet curves and take no prisoners attitude, fascinates him, stirs him, and leaves him craving her submission. Yet his past is fraught with broken dreams and death, so he uses his friendship with her brother as a shield against his yearning to claim her as his own.
Resistance is futile…
However, circumstances soon compel Becca and Quinten to become the most unlikely allies in a deadly game of deception. Now they must depend on one another for survival. As they race to unlock the keys to breaking the case, will Quinten be able to maintain his hands-off policy with Becca? Or will he surrender to the earth-shattering passion and turn their marriage of convenience into the real deal?
Publisher’s Note: This steamy friends to lovers romance contains elements of power exchange. While it’s the third in the Crescent City Kings series, it can be enjoyed independently. 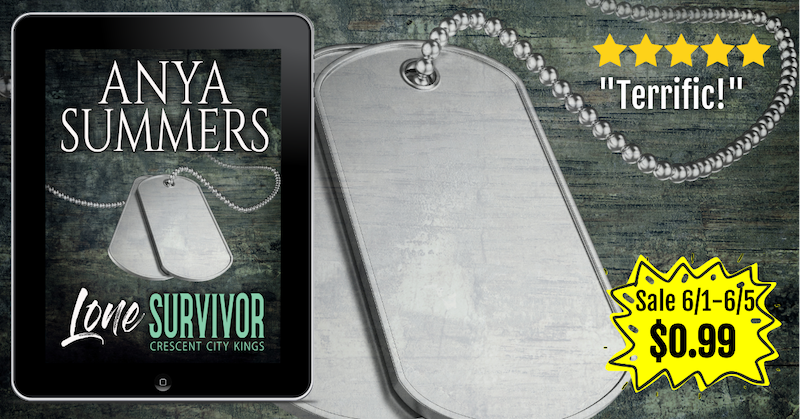 —
EXCERPT:
Becca searched for a potential exit. Guards were stationed in groups of two at doorways and stairwells, each guy more terrifying than the next, with hard faces that probably wouldn’t blink if she was shot dead where she stood. The further into the mansion she trod, the more Becca felt like she was heading to her own funeral. Bile threatened in the back of her throat. She hated that a part of her was impressed by the interior of the home because of the artwork on display. The paintings and sculptures were museum quality. If she wasn’t mistaken, they passed an original Renoir.
The heels of Becca’s black leather boots clicked against the hardwood flooring. Her heart thumped in time with those clicks, like a ticking clock winding down to zero. Konrad and company ushered her up a grand staircase that made the one in Gone with the Wind look cheap and insignificant. At the top, they steered her to the right, down a wide hall with glossy hardwood floors and high ceilings.
When they reached the end of the hall, the two henchmen who had joined them opened a pair of double doors that must have belonged to a Buddhist temple at one time. Becca’s clasped hands shook as she entered what amounted to a sitting room parlor with an enormous ivory marble hearth. The fire inside intended to ward off the chilly night couldn’t make the cold terror in her bones dissipate. Every piece of furniture and décor in the parlor spoke of wealth. There was a Louis XIV desk in one corner. But the room held all the warmth of a mausoleum.
“Have a seat. The boss will be with you shortly,” Konrad indicated in a bullish tone and pointed toward the chocolate Chesterfield sofas while his buddies shut the doors with a resounding thud and sealed them all inside. Sealed Becca inside. She assessed the room. Floor-to-ceiling inlaid shelves held first editions behind panes of glass. There was a vase on a pedestal that looked to be from the Ming Dynasty, or was at least an excellent reproduction. She studied her surroundings for a potential avenue of escape. The only way out would be to jump from the large crenelated windows. Two stories up, she could break something—like her neck. Only three guards were present in the room, odds that weren’t great, but left her a fighting chance.
Konrad shifted his hand to the butt of his gun until she finally complied with his order. Even if she escaped past Konrad and his two buddies, jumped out the window and didn’t break anything when she landed, the boatload of guards stationed over the grounds were far too numerous to outrun. The odds were not in her favor in making it to the gate and beyond for help.
Becca said a silent prayer at the echoing clomp of multiple footsteps approaching. Her anxiety ratcheted up to cataclysmic levels.
The double doors swung inward. Becca wasn’t sure what she’d been expecting, but it wasn’t a relatively trim man with salt and pepper hair, dressed in gray tweed slacks and a button up navy cardigan sweater over his ivory dress shirt. He looked much more like a history professor than a criminal mastermind—at least, until you looked into his eyes. They were cold, devoid of any humanity or warmth, and calculating. Rudnikov assessed her from head to toe as she rose. That stare made her feel underdressed in her jeans and Kelly-green chenille sweater. A sense of helplessness invaded her soul. The uncertainty infused by doubt that she would live through the next hour.
Rudnikov didn’t travel alone. He had four of his paid thugs guarding him. Becca skimmed her gaze over them. They were all similar in manner and form to Konrad, as if they had come off an assembly line. But it was the last man her gaze landed on who brought her up short. She kept her jaw from dropping to the floor, but just barely.
Quinten Blackthorne was a member of Anton Rudnikov’s mob team? What the hell? 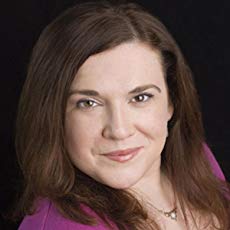 Born in St. Louis, Missouri, Anya grew up listening to Cardinals baseball and reading anything she could get her hands on. She remembers her mother saying if only she would read the right type of books instead binging her way through the romance aisles at the bookstore, she’d have been a doctor. While Anya never did get that doctorate, she graduated cum laude from the University of Missouri-St. Louis with an M.A. in History.
Anya is a bestselling and award-winning author published in multiple fiction genres. She also writes urban fantasy, paranormal romance, and contemporary romance under the name Maggie Mae Gallagher. A total geek at her core, when she is not writing, she adores attending the latest comic con or spending time with her family. She currently lives in the Midwest with her two furry felines.
Website / Goodreads / Facebook / Twitter / Instagram / Bookbub / Newsletter / Amazon