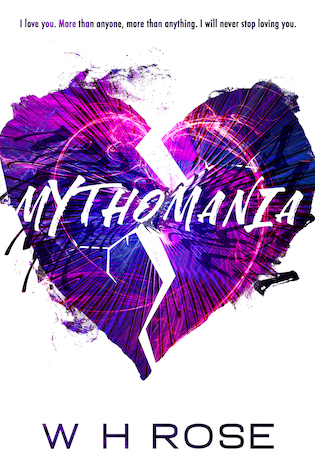 
She’s the love of his life, the object of his affection. Too bad she doesn’t know it yet.
Isla Montgomery is a normal fan. She supports her favorite K-pop group and swoons over them like every other fangirl. But one Saturday morning her life changes forever when Matoi Jaemin announces to the world that he’s in love . . . and with her, a girl he’s never even met. He isn’t who anyone thought he was, isn’t that same smiling man she’s used to. Jaemin Matoi is a yandere: a delusional, obsessive, lovesick man whose only medicine is Isla.

Goodreads / Amazon / Barnes & Noble / iBooks / Kobo
—
EXCERPT:
“What would you like? We mostly have sandwiches and there might be something else hidden in the back somewhere,” Jaemin says, sounding completely normal.
He’s sat her down in a position where he can still see her even as he rummages through the food selection.
“Whatever’s fine,” she says, not feeling hungry at all.
Jaemin hums, choosing a plastic-wrapped sandwich and snatching a can of Coke before sitting across from her.
“I’ll make something better for dinner. I’ve been practicing more recipes and I think I’ve gotten quite a few of them down packed,” Jaemin says as Isla unwraps the food, taking a mouse-sized nibble.
As she pops the tab on the can, Jaemin rests his elbows on the white table, head resting on his tangled hands. His sneaker-clad foot sneaking towards hers and trapping one of her ankles. He smiles sweetly but somewhat vacantly at her, sending chills through her entire body.
“You’re not eating?” Isla asks.
“I’m on a diet.”
“What if we shared?” Isla suggests, “My stomach feels a little uneasy from the flight.”
Not quite an entire lie.
Jaemin lights up.
“Okay. Half a sandwich won’t make much of a difference, will it?” he says, already taking it out of her hands.
“No, it won’t. Besides, why are you even on a diet, Jaemin? You already look too thin,” Isla points out, concerned.
He shrugs and takes a large bite from the side she’s already bitten off of.
“Needed to lose weight.”
“No, you didn’t,” Isla says, watching him scarf down most of the sandwich.
“May I?” he asks, gesturing towards her soda.
“I can get you a full one,” Isla offers.
“I just want a sip.”
“Well . . . okay, I guess,” Isla says, watching him practically snatch the drink and down at least half of it, lips pressed against the metal instead of waterfalling it.
He slides both items back over to Isla, picking up her hand and rubbing it with his thumb.
“You know,” he says, speaking quietly despite the two of them being the only people in a thousand-foot radius, “I almost drowned.”
Isla freezes up instantly, eyes blown wide.
“What?!”
“I haven’t told anyone but you. But I almost . . . it hurt. I felt abandoned, completely tossed aside and trodden on.
“Jaemin–”
“But I didn’t. I didn’t because all I could do was think about you, think about how sad you’d be if I broke my promise. So, I didn’t.”
“Jaemin–”
“I don’t think I can do that again,” he says, tone flat and lifeless, “I don’t think I’m strong enough to keep that promise again,” he says.
The threat is clear. 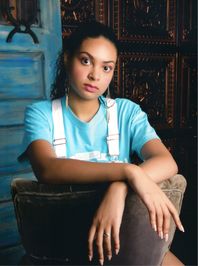 W. H. Rose is an emerging author who just released her debut novel, Mythomania, in January of 2020. Her life's passion is storytelling. Rose has always entertained those around her with her ability to create moving and impactful tales and is proud to share her first novel at the young age of eighteen. She lives in Georgia with her loving family and pet rabbit, Soba.
Website / Goodreads / Twitter / Instagram