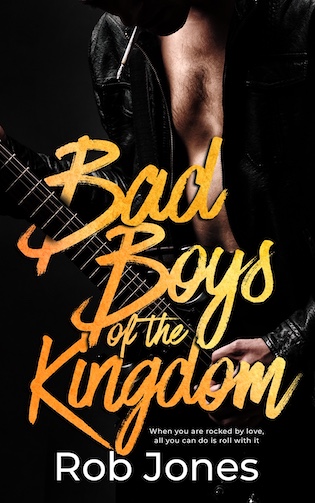 Playing in bars for women and whiskey is not enough for Ethan Thorn. The charismatic and egotistical bad boy has big-time dreams of taking his band to superstar status.
This is his singular purpose, and whoever would try to impede or threaten that goal would be eradicated from his life. A serious relationship, or worse, falling in love, are things he could never explore. Success is his only option.
Music is the only thing he feels he could truly love, completely and fully. That is until an angel named Zoe Edwards makes him realize he’s been wrong this whole time.
Being the daughter of a Presbyterian pastor, prudence and abstinence from carnal pleasures have been installed in her. Getting involved with a self-absorbed, womanizing rock star would be morally negligent on Zoe’s part. But sometimes the heart needs what the mind can’t perceive.
After a night of extemporaneous passion, their lives are thrown into uncharted waters. Ethan can’t help but see that life is more than just living for himself and for music. He pledges his love to Zoe and vows to place her above all else.
When you are rocked by love, all you can do is roll with it…but will swimming against the current be too much for them to handle?

Goodreads / Amazon
—
EXCERPT:
Ethan could taste that something special was cooking in the air, a life-altering aroma that filtered throughout the smoked-filled bar. He could sense the exuberance that had the crowd fully charged and pumped up, willing and ready to surrender to the tyranny of the verve of the band. The wall of sound that reverberated from the stage was infusing an electric energy throughout The Black Dive, pulsating and surging through the dancing bodies of the participants.
While he looked intently at the moderate but faithful crowd in front of him, Ethan lifted up his fist slowly in the air and placed his left foot on the stage monitor. He shouted out to the crowd over the blaring instruments, “What’s up, my fellow rock-n- rollers? Are you lathered up and ready to let the bodies hit the floor?”
The ardent, fiery audience responded with a loud roar to confirm their assent, and their appetite for wreckage and mayhem. He knew he had them right where he wanted them, feigning and hungering for something dangerous, something raw, something real, and he was about to give them a full load of it.
He retaliated by screaming out, “Looks like we’re going to get into some trouble tonight! Who’s all down with that?”
“We are!” the crowd responded in unison.
“Well, let the chaos begin—let’s go!” 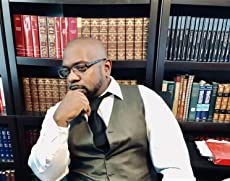 Rob Jones is an author, musician, and poet. He enjoys going to church, reading, working out, and getting lost in a movie. If he is not writing books and performing music, you can find him spending valuable time with his wife and family.
Website / Goodreads / Facebook / Instagram