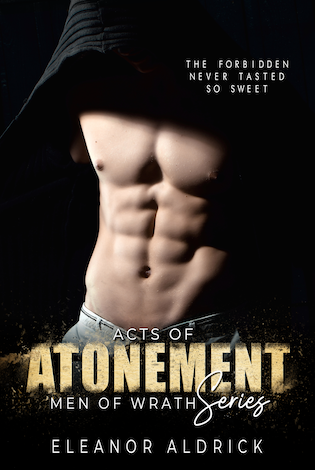 Unattainable. That’s what he is.
Thirteen years my senior, my uncle’s best friend, and my father’s business partner. The man could not be any more untouchable if he lived on the moon itself.
William Hawthorne has haunted my dreams for the better part of my teenage years. Coming in like a dark knight on the most tragic of days, he swooped in and quietly guided me back to sanity, offering me the support I so desperately needed.
Over the years I’ve done my best to stay away, recognizing he is utterly off-limits. And avoiding him has worked… until now.
A series of events have landed me on his doorstep. Literally. I’m both the nanny and his charge, making it practically impossible to stay away.
Closing the distance to my new home, I remind myself of what I know to be true. Life is cruel and its penchant for torturing me hasn’t changed.
It seems the sins of my past have finally come to bite me in the ass, and keeping my secrets will now be harder than ever.
I try to swallow around the ball of emotions stuck in my throat but it’s useless. Letting William see me, the real me—all battered and broken inside, pining after a love I cannot have—is not an option.
As the front door swings open I give myself one last warning. But I have to wonder, will it be enough?

I GRIP THE RECEIVER tightly against my ear, hearing my knuckles crack from the exertion. “What do you mean Harper hasn’t been picked up?”
“Mr. Hawthorne, as I already stated, your wife has yet to pick up Harper from our mother’s day out program. We’ve attempted calling both numbers in the system, but this is the first time I’ve been able to get ahold of anyone.” The snarky tone of the woman’s voice grates on my nerves as I try to make sense of what’s going on. “Someone must pick Harper up immediately or we will be forced to call Child Protective Services. We will be left with no choice but to report this sort of negligence.”
“I’m on my way now…” I pick up my keys and begin to head out the door. “And ma’am, if you ever threaten me again, I’ll personally ensure you never see the inside of a childcare facility for the rest of your damned life.” A huff of outrage escapes the woman, but I continue. “Seeing as how this is the first time we’ve received a call like this, threatening with CPS involvement for what may be tantamount to mere miscommunication is absolutely ridiculous.” Seething with anger, I end the call before she has an opportunity to respond. Nobody comes between me and my child. Nobody.


I get into my blacked-out Range Rover, slamming the door behind me. How dare this woman even insinuate that CPS needs to get involved. Over the past six months, Harper has been timely picked up and not one complaint has been issued.
Sure, it probably wasn’t smart to threaten the person who currently holds my child in her care, but she definitely knows who I am and knows I have the power to make that threat a reality.


I dial Heather’s number again as I speed my way down the road. No answer. Where in the hell is she? I try and recall if she told me to pick up Harper, but nothing comes to mind. Heather had been acting distant lately—more than usual—but I honestly couldn’t be bothered to ask what the hell was wrong.
It’s no big secret I hadn’t married out of love. Heather was one of many women I kept on constant rotation.
I know, I know… what a manwhore. But if you grew up like me, seeing the example my parents set, a relationship would be the last thing on your radar too. For fuck’s sake, they made Peg and Al Bundy look like Mr. and Mrs. Cleaver.
After a couple of months of ‘dating’ Heather, we found out she was pregnant. Not wanting my child to grow up in a broken home, I did what I thought was right and asked Heather to marry me. She initially jumped at the idea of marriage and a family, so I was extremely surprised when I found a pamphlet on abortion laying on her nightstand. When I confronted her, she said she was ready for marriage but wasn’t sure she was ready to be a mother, reasoning that she had to keep her ‘trophy wife’ figure.
I roll my eyes at the memory of it all. The only reason I was marrying her was for our child and she was going to get rid of it?


I was upfront and honest with Heather, telling her that I would only marry her if she was keeping the baby; otherwise, there would be no point in staying with her. Now before you get all up in arms about it being her body, her choice—the decision of whether or not I married her was never intended as extortion or bribery, it was just the mere truth of the situation. She was a hot fuck turned baby momma, not the love of my life, and marriage would only come into the equation if my child were involved.
I may be many things, but a deadbeat father would never be one of them.


Heather quickly changed her tune and developed a sudden case of baby fever. Not seeing it for what it was—the first red flag—I foolishly believed her change of heart, refusing to acknowledge what truly lay beneath it all.
Fifteen minutes later, I’m at St. Albert’s ready to see my little girl and get her the fuck out of there. Approaching the main office, I see that Harper is being held by an older woman with salt and pepper hair pulled back into a tight knot.
“Mr. Hawthorne, so good of you to make it.” Ignoring the sarcasm, I take Harper from the woman’s arms. “I’m Mrs. Morgan, we spoke on the phone.” She pats Harper on the head and continues with her mock concern. “We were unable to locate Mrs. Hawthorne. We do hope everything is okay.”
“Can’t kill the Devil,” I mumble under my breath.
“What was that?”
“Nothing. I was just saying I’m sure she’s fine. It was probably a mix up in Harper’s schedule.” I move to pick up Harper’s bag and notice an envelope sitting on top of the baby gear. “Was this envelope here before drop off this morning?”
The shrew turns back around, a fake smile plastered across her face. “Why, yes. I do believe so. Your wife must have left it in there by accident.” The woman nervously fidgets with her wire-rimmed glasses before continuing. “We didn’t open it of course. It is addressed to you, after all.”
Didn’t open it, my ass. I’m sure she’s already read it and it’s made its way around the facility. Shaking my head, I turn around without a second glance and head back to the SUV, ready for this day to be over.


Back at the house, I put Harper down for her nap and make my way to the study, dreading whatever lies inside of the mysterious envelope. Multiple possibilities assault my mind as to what it could be, but in the back of my mind I already know.
She’s left us…. Well good riddance, she could go to Hell for all I care.


A pang of guilt hits me full force as I have these thoughts. No matter how shitty of a mother she is, Harper still deserves to have her in her life, even if it is in the smallest capacity.
I pour myself a tumbler of Macallan and sit at the large mahogany desk anchoring the room. With a deep sigh, I pick up the large manila envelope and unfold the flap, dumping out its contents.
The first thing I see is a letter in Heather’s handwriting, attached to it is a petition for divorce and relinquishment of custody. From the looks of the documents, she must have been planning this for a while. Enough time to hire an attorney and get our assets all divvied up and outlined.
I start with Heather’s letter, in it she shares how she’d come to the conclusion that being a wife and mother wasn’t what she’d really wanted out of life but that she wished me and our one-year-old the best of luck.
Really, Heather? I’m sure a one-year-old child prefers half-hearted well wishes to the actual presence of her own mother.
Finally getting to the divorce papers, I see she has overstepped the boundaries of our prenup. I already see what a huge clusterfuck of a battle this is going to be. I hope she doesn’t think she’s getting a dime. After all, she’s the one who is walking out on our family.
Shaking my head free of the fog it’s in, I start to make plans for Harper. For her sake, someone needs to have their act together in this relationship. I pick up my phone and dial my sister’s number.


Ashley picks up on the third ring. “Hey big bro. To what do I owe this honor? You never call me during the week.”
“Well.” I run my fingers through my hair, tugging at the ends. “My life has taken an unexpected turn…”


I fill her in on the details of today’s events, ending with a plea for help. Ashley agrees to come and stay with us for a month until I’m able to set up a permanent nanny situation because there is no way in hell I’m taking Harper back to St. Albert’s after today.
“I’ll get the jet out to you tomorrow morning. My assistant will email you the specifics once everything is confirmed.”
I let out a big sigh of relief, taking a grateful sip of amber liquid. Maybe, just maybe, Harper and I can come out of this unscathed. 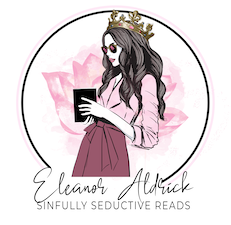