BOOK BLITZ: Fool for Him by R.C. Martin #GIVEAWAY 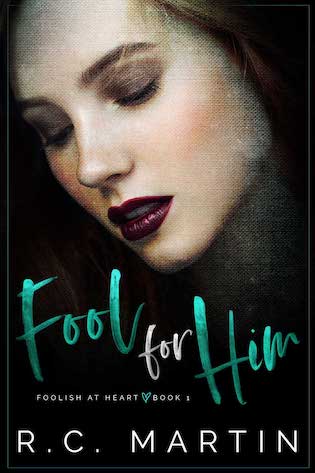 Haunted by a history she can’t rewrite, her heart is cracked and fragile—wrapped in the lies she’s certain are true.
Teddy has played it safe for the last four years, avoiding romantic entanglements altogether. She spends her days working with her best friend at Mountain Time Art and hides behind her camera in her spare time. She’s convinced the boundaries around her heart are necessary, and her life is fulfilling enough.
The day Judah St. Michaels enters the gallery, she’s reminded her life could be more. Though, as gorgeous as the tall, handsome man in a suit may be, she’s sure he’s far from safe.
When the pull of the seductive man becomes all consuming, Teddy finds herself falling into temptation. But the deeper she gets, the louder her past demons become.
She’s irreparable, and no good man deserves that.

Goodreads / Amazon
—
EXCERPT:
Geoffrey was always telling me I possessed enough talent to earn a living photographing people. While art was my life, my photography was just a hobby. The pieces that surrounded me at the gallery—that was real art. Working for him and Andrew at Mountain Time Art was my dream come true. Any images I might have been able to capture through my lens was just good for the soul.
It wasn’t unusual for me to lose time in my work. Without even realizing it, I whiled away the entirety of the afternoon editing photos. My apartment was quiet, save the click of my mouse as I sharpened and cleaned up images. It was peaceful. A loud knock on my door jarred me from my solitude, and it was then that I became cognizant of the time.
I eyed the small plate beside me, sprinkled with the crumbs of a muffin long forgotten, and a pang of hunger hit me. It was like the world stood still for a while, and a single knock brought me back to reality. I was pushing myself up onto my feet when another round of rapping sounded against my door. This time, the announcement was followed by his voice.
“Freckles, it’s me.”
The sound of him made me quicken my pace. I twisted my locks free and swung open the door without hesitation. “Hey, you.” I gave him a quick once over in an effort to get a sense of his state of being.
It was unlike Geoffrey to look anything other than stylishly disheveled. He was quite handsome, in a very aryan manner. He had a head full of blond hair, which he wore in such a way that was messy but sexy at the same time. He also took exceptionally good care of his body. I called him my Viking, because he was built like one. Except, in that moment, he just looked broken, dressed in a pair of old sweats—his blue eyes sad and red-rimmed.
“What are you doing here?” I asked him, not unkindly.
“Last night, he was a fuck face,” Geoffrey mumbled. “Today—well, he’s still a prick, but he’s my prick. And he’s gone. But—I can still smell him in the bed, and see him in the shower, and hear him in the kitchen and I just…”
His words trailed off, but I didn’t need him to say any more. I reached for the paper sack in his grasp, then took his hand in mine as I pulled him inside.
“What’d you bring me?”
“A pint of coffee ice cream. The vanilla’s for me.”
As I shut and locked us in, he made his way to the couch. I trailed after him and peeked into the bag. A quiet chuckle tickled my throat when I spotted The Notebook, Crazy, Stupid Love, and Blue Valentine keeping company with our ice cream.
“Babe, you know you don’t like these movies, right? Are we just ogling Ryan Gosling tonight?”
He shrugged when I looked over at him, and that was all the answer I needed.
“Okay. Well, we should probably order in,” I informed him as I headed for the kitchen. “We’ll get sick if all we eat tonight is ice cream.”
“Pizza’s on its way. Double pepperoni.”
I stopped and peered back at him from over my shoulder. He wasn’t looking at me, his attention zeroed in on his lap, but I didn’t need to see into the windows of his soul to know how badly he was hurting. And yet, in spite of his pain, he had brought my favorite ice cream and ordered my favorite pizza.
He was right. Reeve was a fuck face, with no idea who he’d thrown away. 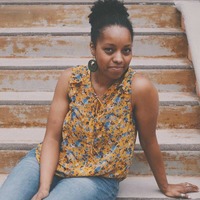 There's a place where your mind can escape, your body can find rest, and your heart can soar - and R.C. Martin wants to take you there.
R.C.'s journey into the world of indie-publishing began like so many of her peers - with a big dream and a basket full of rejection. Confident that she'd one day pen a book someone would say yes to, she spent years crafting stories which became the foundation of her craft. When she'd finally written "the one," she just knew - and there was no rejection strong enough to stop her from sharing her novel with the world. In 2015 she published her debut, and the rest, as they say, is history - only far more romantic.
In a voice all her own, she strives to capture the magic of a kiss, the passion in a lovers' embrace, and even sometimes the breathtaking ache of a broken heart. A true believer in the power of love and the grace found in redemption, you can trust this hopeless romantic to take you on an emotional ride that leaves you forever changed.
Website / Goodreads / Facebook Page / Facebook Group / Twitter / Instagram