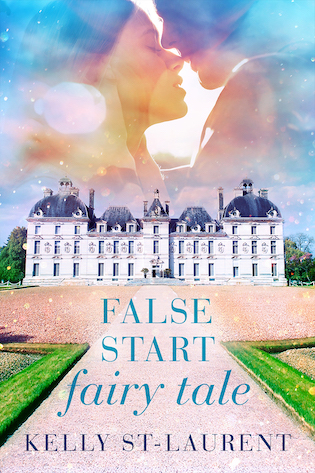 Adèle Villeneuve is attempting the impossible. At twenty-four she’s opened an events company in her small French village, which at last count has a population of 1501. Even her parents tried to stop her. But Adèle has a plan. Or, at least she did.
Then the Reniers returned to town.
Aside from the dilapidated chateau that’s sat in ruin for the past forty years, Saint-Germain is known for one other thing: a bitter feud between the Reniers and the Villeneuves that has gone on for so long no one remembers how it started. It’s practically folklore, a hatred so deep it ended with the Reniers leaving France back in the eighties, never to be seen or heard from again.
Until now.
With the feud reignited, Adèle’s quiet life is upended. Even more so when she finds out that the Reniers are not only refurbishing the chateau but also opening a competing events company. When Finn Renier, the alluring son of her father’s enemy, offers her a truce that could save her business, she makes a decision that goes against her family, a choice that changes everything.
As she finds herself falling for the one person she’s not supposed to, secrets and lies become entangled, a dangerous truth threatening to be revealed.
Because Finn isn’t all that he seems.
And the Reniers didn’t just return to Saint-Germain for a fresh start.

Goodreads / Amazon / Barnes & Noble / iBooks / Kobo
—
EXCERPT:
“How about a drink?”
I stare at him, certain that he’s joking. “A drink?”
“Yeah.”
He says it with such confidence. I can’t imagine what it’s like to walk around with that level of self-assurance. “I can’t have a drink with you.”
“Why not? You did last Friday.”
“You showed up at my table. Uninvited, I might add. And that was in Laval. My papa’s office is right over there and he would disown me if he saw me speaking with you, let alone having a drink with you.”
He watches me closely. “Do you always do what your dad wants?”
“No.” The moment I say it I have my doubts.
“So, have a drink with me.”
“Sure,” I say sarcastically. “We’ll go into the café where Gloria’s only known me all my life. I’m sure she won’t tell Papa.”
A subtle hint of annoyance crosses those cover model features of his. “Are you serious about not being seen in public with me?”
“Are you serious in not realizing why?” I glance around, worried that we’ve been talking too long. Saint-Germain’s gossips have eyes everywhere.
“Adèle, it’s just a drink. I’m not asking you to marry me.”
My mind conjures up an image of him in a suit, standing at an altar, watching me, teary-eyed as I walk down the aisle. Appalled at my disturbing, traitorous thoughts, I get to the point. “Our families are at war.”
“Should I be sharpening my sword?” he asks. “Or will it be pistols at dawn?”
Both those words are far too phallic for my liking. “Surely you have something better to do, like repair your dilapidated château so you can put me out of business.”
“The workers start next week.”
“Well…” I have no comeback to that.
“If you won’t drink with me, will you at least take a walk with me?”
“Why?” I ask, confused.
“Because I’m new to town. Aren’t you supposed to be friendly to newcomers?”
“There are plenty of other people you could ask,” I tell him.
He chuckles at that. “As far as I can see, there are two other people my age in Saint-Germain. You and your cousin.”
“Then ask her,” I say.
“I’m asking you.”
My heart does an unmistakeable flutter, proving itself to be as traitorous as my thoughts. I realize I need to be blunt. “The only way you could ever get me to drink with you is if it was to toast your family’s departure from Saint-Germain.”
He moves even closer. “We’re not going anywhere.”
“Then I suppose you’ll have to get used to drinking alone.”
The air between us thickens, his eyes glancing at my lips. For a fleeting second I think he might kiss me. For a horrifying moment, I think I want him to. But then it passes, like temporary psychosis. Still, a worrying realization persists.
I cannot trust myself around Finn Renier. 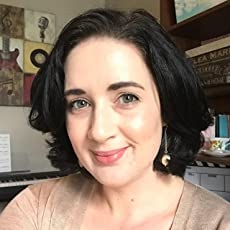 From the moment when she believed that the worlds inside the television were real, Kelly St-Laurent has run away with her imagination.
Born in one of the most beautiful corners of the planet, she spent her childhood inspired by the mountains and oceans of New Zealand, constantly wondering about the places beyond the horizon. At age nineteen she decided to find out and hopped a plane to Canada. And, so began her love affair with the Great White North, that has come to be her second home.
Prior to writing her first novel in 2016, Kelly worked as a production coordinator in visual effects where she got to help bring fairies, dragons and monsters to life.
Kelly currently lives in Montreal with her husband Alex and their Shetland Sheepdog Bucky. When she isn't writing, she's often found re-watching her favorite films with a wine in hand.
She still believes the world inside her television is real.