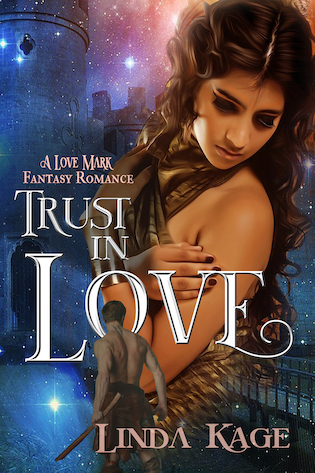 The kingdom of Far Shore still resents Donnelly, its neighboring land, for forming an alliance with those filthy High Clifters and then defeating them in war. Twice! They really must pay for such an insult. And what better way to prick their pride than to steal their lovely, revered princess, mutilate her a little, and then ransom her back to them for a hefty sum.
So, the king blackmails stable hand, Farrow, into accepting the mission of kidnapping Princess Nicolette and bringing her back to Far Shore to meet her gruesome fate.
With his sister’s life on the line, Farrow reluctantly accepts the quest and travels through sand and forest, only to find Nicolette eagerly awaiting his arrival with her bags already packed and good to go, spouting off insane nonsense about being his destiny and one true love.
What follows is a crazy, eclectic adventure that brings two lost souls together and helps them learn who they’re supposed to be and what they’re supposed to do in this ever-changing journey called life.

Goodreads / Amazon / Barnes & Noble / iBooks / Kobo
—
EXCERPT:
“Given the proper incentive, Farrow here might be more reliable to fulfill this quest than anyone in all of Far Shore.”
I narrowed my eyes. The douche might’ve just complimented me, but I’d never trusted him. Whatever Greggor was thinking, I already knew I wouldn’t like it.
“What do you mean?” The king asked curiously, and I shook my head, wishing he’d just disregard the damn advisor’s suggestion already. Find someone else for his stupid mission.
But he didn’t.
“The boy’s quite fond of that middle girl of yours, isn’t he?” Greggor’s top lip curled into a wicked snarl as he watched my face drain of color. Then he rasped one word.
“Sable.”
And just like that; my entire world shifted on its axis.
Cold, slippery dread slithered through my system.
I immediately waved both my hands, disagreeing. Whatever he wanted to do that involved Sable, I was out. She was an innocent twelve-year-old child. Why should she be brought into any plans that involved kidnapping another kingdom’s princess? This already sounded disastrous.
Turning to my father—my eyes pleading—I said, “No.”
But the panic on my face only caused the king to blink in surprise before he motioned to his advisor. “Keep talking.”
“No,” I growled more vehemently as Greggor said, “We could hold the child in the dungeon until Farrow returns with the Donnelly bitch. And if he fails his mission…” He glanced at me and smiled. “Sable dies.”
“What?!” I shouted. “The hell you say.” Turning to my father, I was even more horrified because I could tell the ignorant ass was actually considering this madness. “Have you lost your damn mind?” I boomed “How could you even ponder such a ridiculous notion? Sable is your daughter.”
King Torrance shrugged. “And you’re my—” He cut himself off before finishing the sentiment.
I held my breath, wondering if this was going to be the moment of truth, when he finally called me son. My heart beat hard in my chest, yearning for that one word, while my stomach churned, also dreading it. Being his would mean I actually belonged somewhere; I was someone. But did I really want to be the heir of this brute?
He snickered and waved a hand. “Well, whatever you are. You’re both equally useless to me, so…” He motioned toward a pair of guards by the entrance of the room. “Fetch the girl.”
“No. Stop!” I stepped toward the guards to waylay them, but the king waved his hand again, and four more knights stepped into my path, blocking my way.
I snarled at them before whirling back to the king. Shit had just gotten real. With Sable involved, my will collapsed like a poorly-dug well.
“You don’t have to involve her,” I told him. “I’ll do it!”


Linda writes romance fiction from YA to adult, contemporary to fantasy. Most Kage stories lean more toward the lighter, sillier side with a couple meaningful moments thrown in. Focuses more on entertainment value and emotional impact.
Published since 2010. Went through a 2-year writing correspondence class in children's literature from The Institute of Children's Literature. Then graduated with a Bachelors in Arts, English with an emphasis in creative fiction writing from Pittsburg State University.