BOOK BLITZ: His to Shelter by Em Petrova #GIVEAWAY 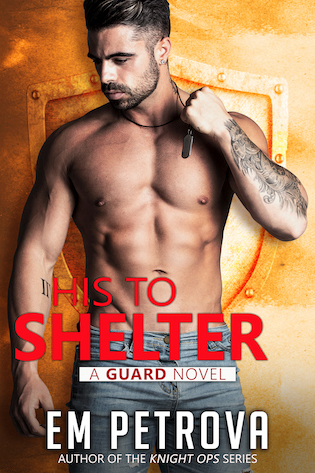 
Eighteen years is a long time to never forget…

Retired Navy SEAL Oswald “Oz” Morgon assembled an elite team of men with skills far surpassing those of ordinary bodyguards. To save and protect is a creed that goes beyond simply guarding their wards—it’s a way of life. And these guys are his heart and soul, his brothers…and the family he’ll never have. Now, his next call is to find the one woman who always had a grip on his heart. Eighteen years ago, he walked away from her. But she’s thrown back into his arms—and under his protection.
As a JAG Corps Officer, Rose Kilbourn never expected to be kidnapped for doing her job. And there’s only one man who can save her. Back in the day, she believed Oz was the man for her. Then he vanished, leaving her with a secret she can’t confide to another soul on Earth.
If Oz had chosen a different path, he might have Rose now. But a man who’s lied, cheated and killed to save those he guards doesn’t deserve the sweetness of a woman like Rose. Still, he can’t help but steal moments while he can, and Rose can’t bring herself to walk away from the happily ever after she always wanted. Now she must decide whether or not to share her secret before it’s too late. But she doesn’t want to lose the man she loves, the man who must protect her or die trying.

Goodreads / Amazon
—
EXCERPT:
Oz’s phone rang, drawing his attention. The number meant nothing to him, but they rarely did. If this person had access to his phone number, that meant he knew Oz.
“Morgon.”
The voice of his commanding officer, now a Navy general, could never be mistaken. Oz still heard his commands echoing in his damn dreams.
“General Kilbourn.” A smile spread over his face at this old connection but resurrected a few that plucked his heartstrings as well. “To what do I owe the honor? Have you finally retired and are calling to offer me your brass hat?”
“No, goddammit. I call you once in eighteen years and your only response is to grab for my rank.” The harsh tone had Oz snapping his mouth shut on any further comments.
“This is no joking matter,” Kilbourn bit off.
“What can I do for you, General?”
A heavy beat of silence hit Oz before the man replied.
“My daughter is missing.”
The effect of those words hit Oz like a sonic boom after an explosion. Except this looked more like a nuclear mushroom cloud.
Jesus fucking Christ. Rose.
“What the hell happened? Where did they take her from?” Tingles shot up from his fingertips to his face, and he realized his blood vessels had constricted with the shock. This was typically the time when people passed out, but he held on to the threads of control.
“From somewhere in DC.”
“You don’t know?” he practically bellowed into the phone. His voice resounded off the high church ceiling.
“No. We have closed circuit cameras showing she left her house around ten-hundred and then went for a run.”
Fucking hell.
“We can get you the footage,” Kilbourn said.
“I can get the footage myself. You believe she’s been kidnapped.” He knew Rose worked as a JAG, who climbed the ranks quickly after she defended a lieutenant and got him out of some extreme charges, which put her services in high demand. Her work required that she dug into back alleyways, uncovering secrets that someone might be trying to keep under wraps.
“Yes, she’s been kidnapped. She hasn’t been home in two days and didn’t show up for work this morning. That isn’t like Rose.”
“No. No, it isn’t,” he said softly. “Does this have to do with a case?”
“We believe so. We aren’t talking about a controlled substance charge and dishonorable discharge—it’s a high profile case of treason, and we might be dealing with groups that can do Rose real harm.”
“Does Rose believe this man she’s defending is innocent?” Her name branded his tongue.
“She does.”
“But she may have dug too deep—stirred up a hornet’s nest.”
“Exactly,” Kilbourn grated out. “Oz—I only trust you. Get her back for me.”
“I will. In the meantime, do not allow any government agencies to get involved. Those untrained bastards will only get in my way.”
“I know—it’s why I called you first.”
“I’ll be in touch when I have her back.” Not if. Oz never failed. 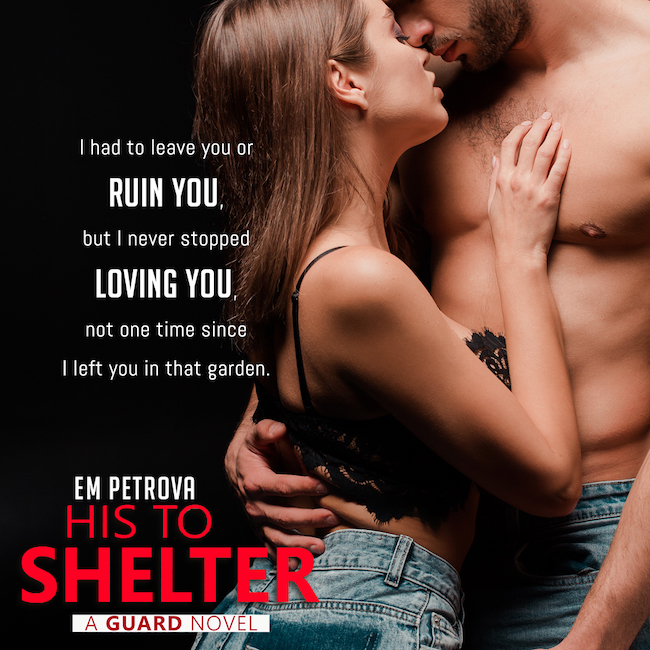 Em Petrova was raised by hippies in the wilds of Pennsylvania but told her parents at the age of four she wanted to be a gypsy when she grew up. She has a soft spot for babies, puppies and 90s Grunge music and believes in Bigfoot and aliens. She started writing at the age of twelve and prides herself on making her characters larger than life and her sex scenes hotter than hot.
She burst into the world of publishing in 2010 after having five beautiful bambinos and figuring they were old enough to get their own snacks while she pounds away at the keys . In her not-so-spare time, she is fur-mommy to a Labradoodle named Daisy Hasselhoff and works as editor to other authors.
You can find Em Petrova at http://empetrova.com


Sign up for Em's NEWSLETTER
*Never miss a giveaway or sale!
*Receive sales on other books you might enjoy
*Subscriber only giveaways
*Exclusive content
Copy this link and paste into your browser: http://www.subscribepage.com/w4b4s7