BOOK BLITZ: To Seduce a Fae by Mila Young #GIVEAWAY 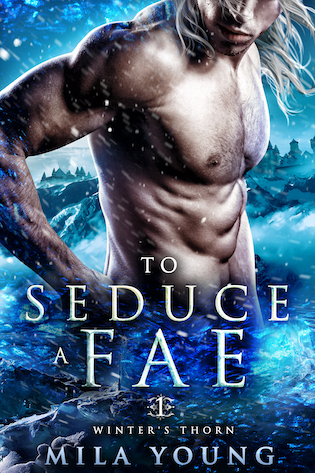 Luther is the most beautiful of my captors. Still I hate him more than the others. I hate him so much that the darkness inside me comes alive.
When I started university and moved out of my foster parents’ home, I hoped everything would change. That the nightmares, the visions, the voices would stop, but they got worse.


Then three of the most dangerously stunning fae crashed into my life.
Intoxicating eyes.
Devilish lips.
Dangerous intentions.


They insist I belong with them in the Wandering Realm. A place where love is lost, where war is brewing between two realms, and where the once powerful royals are being hunted down and slaughtered.
I’m their savior they say, but there are no saviors amid monsters. These princes who are tasked to keep me safe are keeping secrets of their own. Secrets that will kill me.
So, how am I meant to rid the realm of evil when I feel the dark spreading through my veins?

Goodreads / Amazon
—
EXCERPT:
I shake so hard, my hands curling into balls. “They could have killed you.”
“I told you to stay in the room,” he reprimands me.
“Right. And if I had obeyed your stupid command, you’d be dead. Then what?”
“You coming out here could have gotten you killed,” he roars, his cheeks flushing with anger. Fingers squeeze my arms tight as he holds me so close, so damn hard. “I want to spank your ass for pulling that shit out there.”
We stare each other down, and that burning fire in my chest explodes. All I see are those full lips, the look in his eyes drowning in need. “Let me go!” I yell.
Instead, he angles closer, and my body responds instantly. Our mouths clash and our kiss is primal and chaotic. Teeth and lips and hands everywhere. I rake through his hair, fisting it, wrenching him closer. I bite down on his lip, and sweet, metallic blood lingers on my tongue. My hands seize his collar, and I’m hauling him against me. I’ve been dreaming of kissing him since seeing him in the bar, and now this is actually happening.
I may hate him so much, but I want him even more.
Strong hands grasp my hips and he has me in his arms and off my feet so fast, it takes me off guard. I clasp my legs around his hips and he pins me to the side of the car, kissing me with the hunger of a wolf. 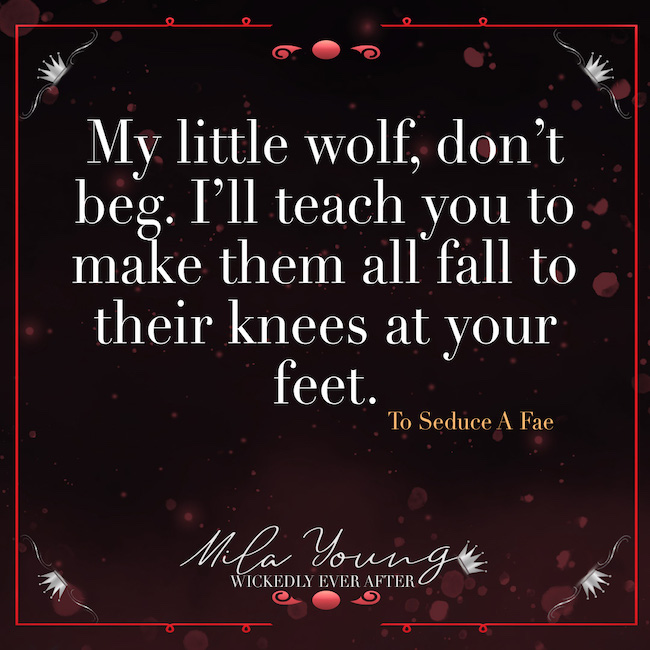 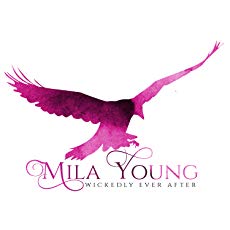 Bestselling Author, Mila Young tackles everything with the zeal and bravado of the fairy tale heroes she grew up reading about. She slays monsters, real and imaginary, like there's no tomorrow. By day she rocks a keyboard as a marketing extraordinaire. At night she battles with her might pen-sword, creating fairy tale retellings, and sexy ever after tales. In her spare time, she loves pretending she's a mighty warrior, cuddling up with her cats, and devouring every fantasy tale she can get a hold of.
Newsletter / Mila Young’s Wicked Reader’s Facebook Group / Amazon Page / Twitter / Instagram