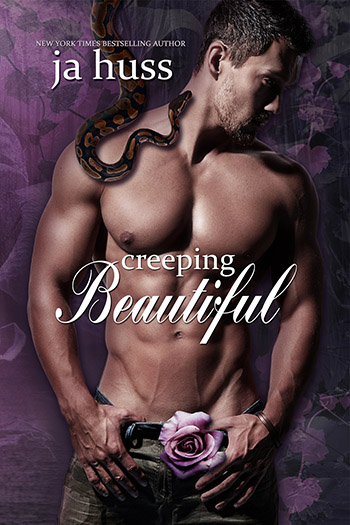 I wasn’t the one who broke her but I played my part.
She came to us when she was ten. I raised her. I loved her.
I taught her how to survive in a world of evil men.
But it wasn’t enough.

ADAM
I wasn’t the one who saved her but I did my best.
She needed me as much as I needed her.
Bought and paid for on the auction block.
But not for the reasons you think.
She was my weapon.

DONOVAN
I wasn’t the one who lied to her but I hid her truth.
She was broken before I got there.
Wild and angry. Defiant and bratty.
But she trusted me most.
She loved me best.
So I set her free.

Indie Anna Accorsi is a woman lost in her past.
A pretty little nightmare.
A gorgeous piece of misery.
A mess of lovely darkness.
She is creeping beautiful.
And now we want her back.

Goodreads / Amazon / Barnes & Noble / iBooks / Kobo / Bookbub
—
EXCERPT:
ADAM
By the time that job was over I realized something.
I loved her.
I guess that’s what happens when you get used to something and then someone tries to take it away from you.
Because our trip home from Pensacola was two days later than planned and Indie Anna didn’t smile a single second of that ride.
She didn’t cry, either. But I could tell she wanted to.
And I did exactly what McKay told me to do if things went sideways. I did not yell. Not once. I just said, “It’s fine, Indie. It’s gonna be fine,” in the most soothing voice I could manage as I watched the Company doctor restrain her to the bed and fix her up.
And the game we played on the drive home was a new one called Let’s Pretend That Didn’t Happen.
Knowing what I do now, I probably wouldn’t have played that game with her.
I probably would’ve done a lot of things differently if I had known how good she’d get at pretending shit didn’t happen.
But hindsight can kiss my ass. You can’t change the past.
Indie Anna Accorsi is a beautiful little mess. She is a lovely little bundle of blonde hair and blue-eyed darkness. And even though I should have all kinds of regrets about how she came to be mine and how we came to be hers, I would absolutely do it all again.
Knowing her now, I wouldn’t change a thing.
Because if all those terrible things hadn’t happened, she would belong to him right now. She would be living in that little brick house with Nathan St. James.
She would be whole, and normal, and maybe even happier.
And my heart would be shattered into tiny shards. Millions of bitty pieces.
So yeah.
I’m a selfish piece of shit.
But I want what I want.
That’s the only way I can explain it.
Maybe she didn’t become mine the day of the auction, but the day that asshole triggered her without my permission, she did.
She is. 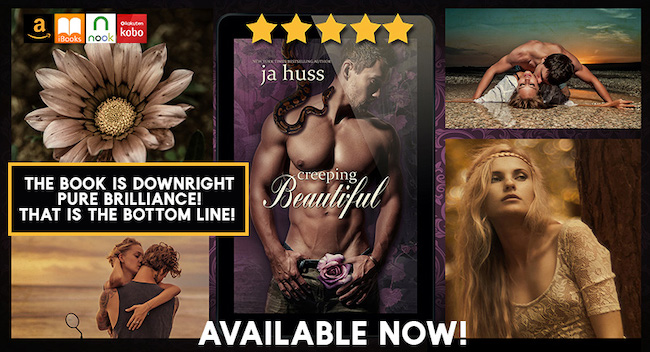 JA Huss is the New York Times Bestselling author of 321 and has been on the USA Today Bestseller's list 21 times in the past five years. She writes characters with heart, plots with twists, and perfect endings.
Her new sexy sci-fi romance and paranormal romance pen name is KC Cross and she writes novels and teleplays collaboratively with actor and screenwriter, Johnathan McClain.
Her books have sold millions of copies all over the world, the audio version of her semi-autobiographical book, Eighteen, was nominated for a Voice Arts Award and an Audie Award in 2016 and 2017 respectively. Her audiobook, Mr. Perfect, was nominated for a Voice Arts Award in 2017. Her audiobook, Taking Turns, was nominated for an Audie Award in 2018. Five of her book were optioned for a TV series by MGM television in 2018. And her book, Total Exposure, was nominated for a RITA Award in 2019.
She lives on a ranch in Central Colorado with her family.
Facebook Page / Facebook Group / Twitter / Instagram / Bookbub / Amazon