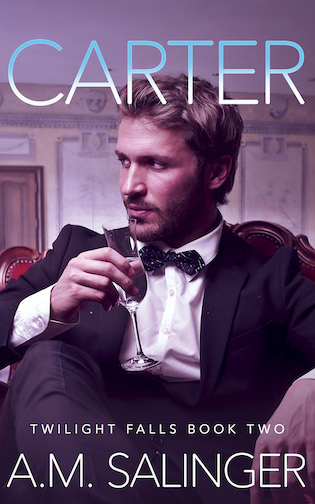 Carter’s carefree, movie star lifestyle comes to an abrupt end when he becomes the guardian to a little girl he has never met before. Will his hot new neighbor Elijah prove to be the one thing he and Maisie need to make their family whole?
Carter Wilson has it all. A dazzling career, fame, fortune, and women falling at his feet. All that changes the day he becomes the guardian to his newly orphaned niece. When he moves to his hometown of Twilight Falls to give Maisie the stable life she deserves, the last thing Carter expects is a hot neighbor who is soon making him wish for things he has never wanted before.
After abandoning a promising career in Europe to fulfill the vow he made to his grandmother, pastry chef Elijah Davis is determined to make his new bakery business a success. What he doesn’t need is a distraction in the shape of the hunky movie star next door and the little girl who is fast worming her way into his heart.
But when an old flame chases Elijah to Twilight Falls and a bitter movie producer threatens to expose Carter’s secret bisexuality, both Elijah and Carter realize they will have to fight dirty if they want their relationship to survive.
Discover Carter and Elijah’s story in the bewitching second novel in Twilight Falls, the new series by the author of the bestselling, contemporary romance series Nights. 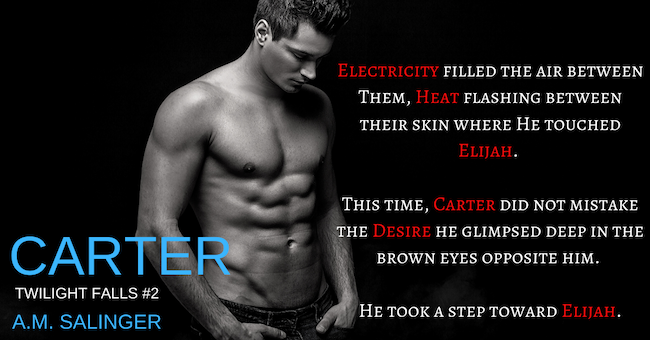 Ava Marie Salinger is the pen name of an Amazon bestselling author who has always wanted to write scorching hot contemporary romance. In 2018, she finally decided to venture to the steamy side. NIGHTS is the first of several sizzling series featuring sweet, sexy men with dark pasts and a whole lot of love to give to the ones brave enough to fight for their hearts. When she’s not dreaming up hotties to write about, you’ll find Ava creating kickass music playlists to write to, spying on the wildlife in her garden, drooling over gadgets, and eating Chinese.
Want to be the first to know about Ava’s new releases and get access to exclusive content, sneak previews, sales, and giveaways? Then sign up to her Reader Group here and join her VIP Facebook Fan Group here.
Website / Goodreads / Facebook / Bookbub / Instagram / Pinterest / Amazon / Book and Main Bites