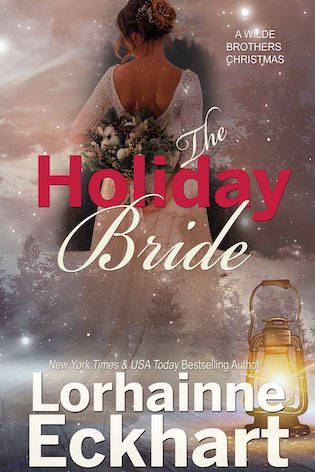 All Trinity Cooper Wilde wanted was a quiet Christmas alone with her baby, a baby no one knows about but her twin sister, Dawn.
Dawn has warned Trinity that she needs to come clean and tell everyone about the baby, including the father, Garrett Franke, their former neighbor, whom Trinity has hated since tenth grade—with the exception of one night last year, a mistake.
Her family is starting to wonder why she hasn’t come home to visit in over six months, and Trinity knows time is running out. She plans to tell everyone, but she gets happily stuck in an unexpected snowstorm in her tiny cabin, located outside a small Idaho town.
Deputy Garrett Franke still can’t get Trinity out of his mind, especially considering he works side by side with her dad, Sheriff Logan Wilde. When Dawn unexpectedly pulls him aside one day, he allows her to convince him to drive out to a remote cabin in the middle of a snowstorm to check on her sister, whom no one has heard from since the storm hit.
That’s the thing about snowstorms: You never know who’ll show up at your door, and a baby isn’t the kind of secret that can stay that way for long.

Goodreads / Amazon / Barnes & Noble / Kobo / Google Play
—
EXCERPT:
As she watched, her stomach pitched. The sheriff’s logo was visible on the side door, and her alarm bells went off. It had to be her dad! She felt like a teenager again, and her mind went blank as to how she would explain this, her baby.
She slammed the door to the cabin, feeling panic lick at the back of her throat as she stared down at her baby, who appeared sound asleep now. Then she did the one thing she’d never expected she’d do: She flicked off the lights, stepped outside, and pulled the door closed behind her.
The lights of the truck were in her face, blinding her, and the door was open on the driver’s side. Time had suddenly run out, and she pasted a smile to her face as she took in the tall man in a heavy coat and hat stepping around the vehicle.
Then her world tilted.
Garrett Franke walked toward her, tall and rugged, and for a second, she had to remind herself to breathe. 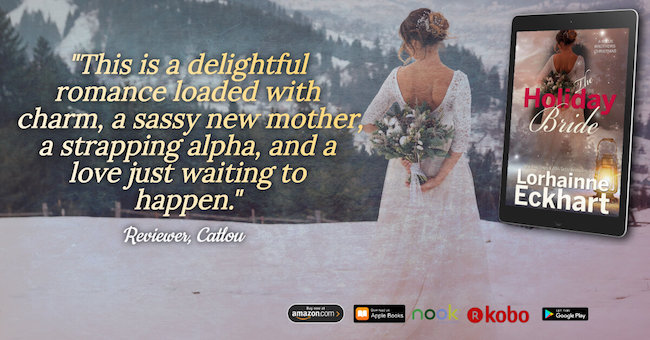