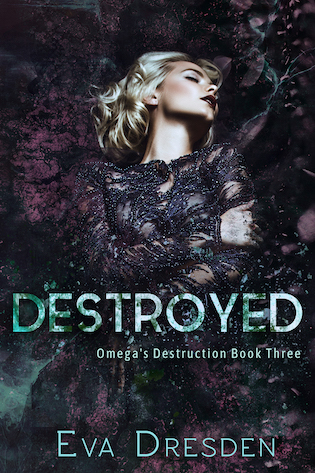 Broken and damaged, Quinn refuses to be destroyed.
She rages against the bond Tobias Kahler forced her to complete between them, denying the pull of her claim set into his soul that fateful day. Struggling against the power of his will, she won’t become the smiling, placid thing he attempts to mold her to be.
An unseen foe seeks to take matters into their own hands, threatening Quinn and everything she holds dear. Forced to cling to Tobias for support and strength with the constant threat, he’s thrown into a whole new light. One where Quinn faces seeing him for more than the monster she’s feared and hated.
Amidst their violent past and ever turbulent future, they must learn to accept one another as they are or in this final battle, much more than bodies will lay broken.
Destroyed is the third and final book in the Omega’s Destruction Trilogy, a raw and thrilling Omegaverse tale. It is not a traditional romance, containing dark themes and complete power exchange. Scenes are not glossed over, which may be distressing for some readers.

Goodreads / Amazon
—
EXCERPT:
She was incomplete now. Not just bound to the man, subject to his will, but he in return. Tobias Kahler had gotten what he wanted the moment he forced her to claim him. He’d invaded not just her body, but her mind and soul far beyond the constraints of social acceptance. No one else would have dared to create the vicious circle between them, throwing away generations of beliefs and plunging headfirst into the taboo. Her will pitted against his was a small and frightened thing.
She never stood a chance against something so devious, so underhanded.
Quinn was the perfect slave now, or she would be once she’d been battered into complete submission. Something that she’d once sworn would never happen to her was an all too real probability now. Each day it was harder to fight her way free of the heady warmth, more difficult to deny the comfort and serenity that basking in his presence gave her. Surrounded on all sides as her sense of self was stripped away one tangled thread at a time, it was him, always him in her thoughts. One touch, one whiff of his scent, and she was lost.
“Shh, little bird. It’s all right,” he murmured against her shoulder, lips moving against the thick scars of his mark. Three bites, all mangling her skin into an atrocity that said she was his and would never escape it. The wet heat of his tongue moved over the wrinkled flesh, tasting the salt of her sweat, swallowing her down.
Whining into the sheets, she tried to jostle away as the sensation of working muscle, heady pleasure, and satisfaction assaulted her. They weren’t hers, but the lines separating Quinn from him were blurred, softening with every ragged breath. With him locked tight against her, she wasn’t going anywhere. Not until he released her.
He had no intentions of doing that anytime soon. 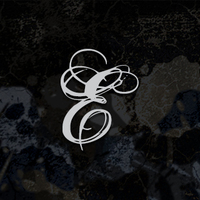 Eva Dresden writes dark romance that lives up to its name with every turn of the page. Her heroines are tragic and strong, her heroes are anything but, and tearing characters apart to see what makes them really tick is a favored past time. Her cat is her staunchest supporter, provided there are treats involved.
Website / Goodreads / Facebook / Twitter / Instagram / Bookbub