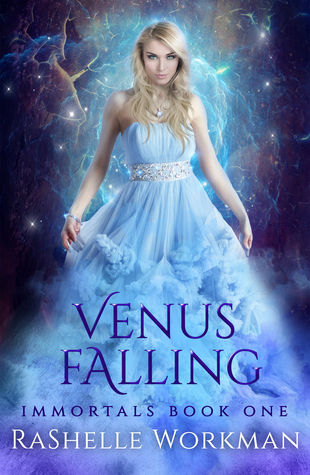 “Roswell meets The Vampire Diaries in this mashup! Romance. Betrayal. A hot vampire kissing an alien princess?! Be swept away to the wiles of Wyoming and then to the stars in this seriously entertaining, twisted, science fiction/fantasy series.” ~
Betrayal sucks! I should know. On my sixteenth birthday, it was my destiny to become immortal and the next queen of my home planet, Kelari. Instead I was betrayed and sent to Earth where I was given a choice by the gods. Suffocate and die by Earth’s atmosphere or help a human find his soulmate.
Of course, I chose the latter. The decree sounded easy enough until I met the guy. Michael is gorgeous; I’ll give him that. But he’s also an arrogant jerk! No one could possibly love him—least of all me.
But Michael is the least of my problems. There’s a hot vampire after me, determined to make me like him. He’s hard to resist, especially when he’s kissing me. Not to mention a government group whose sole purpose is to hunt beings from other worlds. They’ve found out about my unearthly identity, and despite my human appearance, they are intent on capturing and dissecting me like some kind of a lab experiment.
Thankfully my guardian Zaren followed me to this planet. He’s sworn to protect me. He’s done so my entire life. At least he’s supposed to. But Earth is different than Kelari in more ways than one, and the planet is affecting me like neither of us expected. I don’t think he counted on keeping me safe from my own traitorous heart.

Christopher stood on the outskirs of Snow White’s house. He wouldn’t go in. Doing so would cause a hassle he wasn’t ready for. And neither was Snow. Soon though. He leaned against the enormous tree in her front yard, watching the changing leaves fall like colorful rain. Above, the stars twinkled in the clear night sky, as though it had no inkling of the grim trouble on the horizon.
Christopher sighed, pushing his hands into the front pockets of his jeans. He had come to Snow’s house for one reason. To get his head right. He had plans for Snow. Big plans. Traitorous plans. But for now, he’d been tasked with handling an impending problem of intergalactic proportions.
He closed his eyes against what he’d learned, but for some reason, that only made what he had to do more real. The Vampire Queen had asked him to infiltrate a high school and befriend some particular students. At her request, he’d laughed. He was too old for such an assignment. It didn’t matter that he still looked like a teenager because he’d been changed at that time in his life. He was a vampire, specifically a Hunter, and had been for decades. He could just kill them all. Wouldn’t that suffice?
But the Vampire Queen had other ideas. Plus, she hadn’t asked, she’d demanded. Going against her wishes was detrimental to his health. He sighed again, thinking of all she’d told him. When she spoke, his world had been turned upside down. Similar to the time before he’d become a vampire. Then, he hadn’t believed in the supernatural. Of course, now, he did. But there was more.
The queen told him life existed beyond humans and the supernatural. There were creatures not of this world, and they were determined to make Earth theirs.
He refused to let that happen.
So, he would do as she ordered and head to the wiles of Wyoming. He would join the high school there. According to the Vampire Queen, a princess would be attending. He was to search her out and turn her—make her one of them. But the princess wasn’t from Earth. She was from another planet, though according to the queen she would look human.
He shuddered with excitement at the strangeness of life. How would the alien princess taste? His body hummed in anticipation of her blood in his mouth. He wasn’t afraid. He was hungry. And determined to have his fill of her. The sooner, the better.
Let the hunt begin… 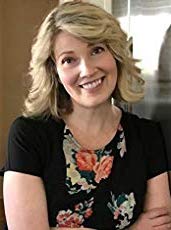 RaShelle Workman is an international bestselling author. Under this name she writes reimagined fairy tales, science fiction, time travel, and romantic suspense. All of her novels have been listed on multiple bestseller lists, including her BLOOD AND SNOW series, which has sold more than a million copies. Three of her books have been translated into Turkish and several can be downloaded and enjoyed on audio.
NOW AVAILABLE: Blood and Snow is a CHOICE TEXT ADVENTURE game as is Alice in Demonland. Created by Delight Games. Pick them up free on your App Store today!
When RaShelle isn't writing, she enjoys baking, creating new taco recipes and watching Supernatural. She lives in Utah with her husband, three children, and their dogs. Find her online by visiting her website at: www.rashelleworkman.org. And sign up for her newsletter to receive free books and get information on book release dates: http://eepurl.com/chMcej.
Website / Goodreads / Facebook / Twitter