BOOK BLITZ: Taken by the Phantom by Isabella King #GIVEAWAY 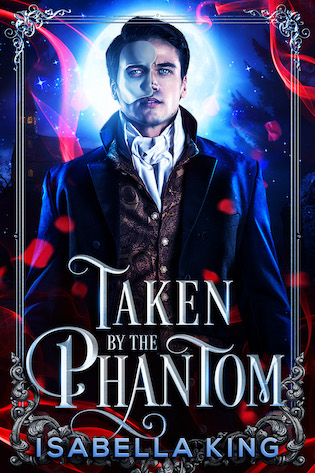 Taken by the Phantom
Isabella King
(The Phantom of the Academy, #1)
Publication date: May 16th 2019
Genres: Adult, Fantasy, Romance

I’ve never felt at home at Juilliard. My stagefright always makes me choke when I’m under the spotlight, to my classmates’ delight. But when I’m dragged into a new world, to a new school—where singing is more than a talent, it’s magic—I can’t hide my voice anymore. This new power is tempting, but terrifying forces swirl around the kingdom of Cantus. Missing girls, rivals at my new academy, Rebels, demons slaying people in the street—and it all leads back to him. The mysterious, powerful Phantom, who lurks beneath the opera school and demands he be my teacher—a demand which soon grows into something deeper, darker. But if I want to survive this place, or have any hope of going home, I may have no choice but to give in to him… and all he desires.

Goodreads / Amazon
—
EXCERPT:
I appraise the Phantom of the Opera in shadow and light. For an eternity, he says nothing. Neither do I. There is no barrier between us, yet I can’t make myself move. I’m porcelain shot through with fissures—if he touches me I’ll shatter.
What if I want to?
Finally, he speaks. “Prima Donna.”
I stare at him. His one visible eye is dark, almost black. Set in his white face, against the pale of his mask, it is stark. Of course he is rendered in extremes. For the first time since our encounter here, he is less clothed than I am. He wears a white dress shirt, loose and open. He has a lovely body, finer even than it felt when pressed against mine. He’s more muscular than his tailored suits and sweeping cloaks would lead one to believe, with a sculpted chest, clear lines chiseled across his abdomen.
It’s then that I realize he is also young, probably only a few years older than me. If he were from my world, he might still be a student. He might go to Juilliard; an upperclassman who might tutor me or play me opposite in a musical.
Of course, in my world he probably wouldn’t wear a mask or live beneath an opera house.
He wouldn’t kill.
“I am not the Prima Donna,” I finally answer. My voice trembles, and I kick myself internally for showing even one crack in my facade. Still, neither of us have moved. I can see the hard plane of his stomach ripple when he breathes; his jaw is set, and a muscle ticks there. His hands are closed into tight fists. But he doesn’t move.
Why?
“Not yet.” At last: a step. I force myself not to retreat. “But after I am through with you…”
Through with me? Heat licks up the back of my neck. I’m grateful for the darkness. What would he make of me blushing? What do I make of me blushing? “Through with me?”
Another step. He’s framed in the doorway: a beautiful, horrifying portrait. Oils and lust and treachery all painted in broad strokes. “With my teaching.”
I bark out a laugh. “You’re not serious.”
He takes another step. We are toe to toe, and it takes everything in me not to run screaming through the Hall of Mirrors. I’m such an idiot. What was I thinking, coming down here? Staying when Charlotte left? Singing for him?
The Phantom looks down his nose at me, lips parted. “Deadly so.”
I snort. Narrow my eyes. “Oh,” I say, “so you’re funny now?”
“I have always been in possession of quite a sense of humor, Krissy Davis.”
“Even while you killed them?”
He cocks his head, eyes flaring. I’ve pissed him off. Good.
He lifts his hand, no longer gloved, but bare and plain as any man’s. Not monstrous at all. My knees shake, and I hope he doesn’t see. He touches his fingers to my jaw, tender as he might a kitten’s belly.
“Especially,” he murmurs, his eyes on my mouth, “while I killed them.” 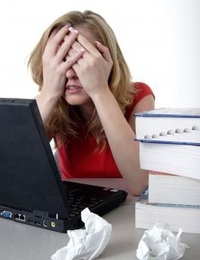 My short stories and articles have been traditionally published (under another name) but Amazon has given me the chance to venture into wildly different genres and my most recent titles have involved spanking and D/s relationships. My heroines are strong willed, intelligent women who battle against their need to submit to the dominant men in their lives. My stories are complex and filled with angst, turmoil and agonising twists of fate but a̶l̶w̶a̶y̶s̶ almost always have a happy ending.
Goodreads / Twitter