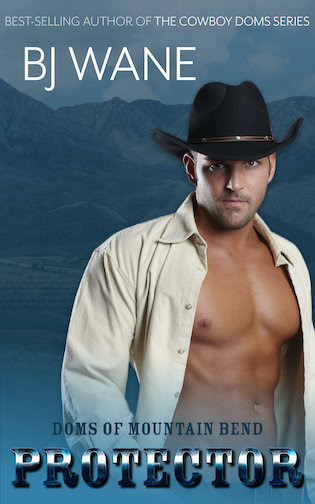 Deputy Sheriff Shawn McDuff can’t figure out why the new teacher in Mountain Bend seems so familiar, but Lisa Halldor’s evasive answers to his inquiries confirms his suspicions they have met before. When he sees her struggling to focus and respond during a scene at his private club, he intervenes and finds himself as drawn to Lisa’s submissive nature as he is determined to unearth her secrets.

Lisa never forgot the teenage boy who came to her rescue the first night in a new foster home, but she never imagines a nameless, faceless stalker will send her fleeing to his hometown for safety twenty years later. When it becomes obvious Shawn’s memory isn’t as acute as hers about that night, she keeps that fond memory to herself.

A threat against Lisa’s life forces the truth from her, but will Shawn’s protectiveness be enough to save her from a person so determined to see her dead? Shawn’s long ago vow to keep Lisa safe is put to the test as he works fast to make sure she hasn’t come into his life again just to be taken away by a madman.

With her heart thumping overtime, Lisa gazed at Shawn McDuff over the hood of her car. He regarded her with a quizzical expression, and her mouth went dry, her palms turning clammy as she took in the late-day bristles darkening his jawline and the tilt to his head. She couldn’t help thinking about him this past week, recalling his potent stare, broad shoulders, and imposing height, and wishing she’d impacted his life as much as he had hers.

“Sorry. I didn’t notice you. Hello, Sheriff.” Lisa waved her hand toward the schools. “What brings you here?”

“Deputy Sheriff. A tussle between two high schoolers that revealed the pot they were fighting over. Their parents just picked them up.” He strode around the car and reached past her to open her driver’s side door, his thick forearm brushing her hip. Ignoring her hasty sidestep, he leaned on top of the open door and asked, “How are you liking it here?”

Lisa took a deep breath, forcing herself to get her act together. She’d never stuttered over a man before, and usually enjoyed getting to know new people. Even though they’d met before, they’d been so young, and it was such a long time ago, and under difficult circumstances. It was dumb to be hurt he didn’t remember her, and likely not in her best interest if something she said or did reminded him. His stay in that foster home must have been longer, and worse than the few hours of her memory. She doubted he would appreciate the past showing up on his doorstep.

“I love it. Everyone has been so nice, and welcoming, but I really need to get going. I have an appointment to look at a rental.”

Shawn nodded, stepping out of her way. “That would be the Zimmermans’ place, right? I ran into Drew yesterday.”

She stood close enough to glimpse his eyes under his hat, warming from his intense focus. “How did you know I was staying at their B&B?”

He shrugged. “I asked about you. You’ve made quite a change with your move from Arizona, Ms. Halldor.”

Her shoulders went rigid at hearing that, the thought of someone, anyone, prying into her life rubbing her wrong after all the grief she’d suffered from picking up a crazed stalker. “Yes, well, sometimes change is good, or necessary. If you’ll excuse me.”

Shawn tipped his hat, his tone a shade rougher as he said, “I hope it’s a good move for you. Get those tires replaced soon.” 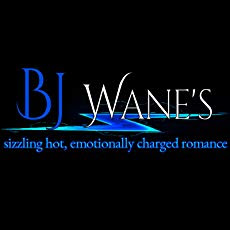