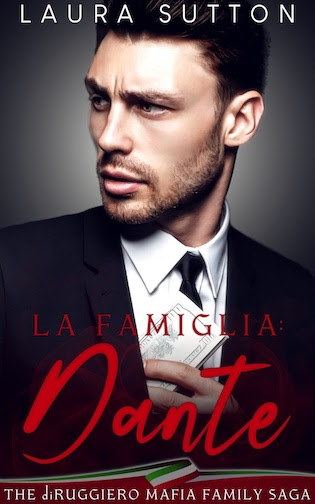 A crime boss. A meek accountant.

When she enters his world… will she be able to find her way out?

Will she even want to?

Cassie Lockhart is alone in the world, save for her beautiful and troubled sister, Amber. When Amber gets in over her head in the world of organized crime, Cassie dives headfirst into the darkness to save her.

Dante diRuggiero rules his world by taking what he wants, uncaring who he may hurt in the process. He can’t help but be intrigued by the shy, plain woman who comes to his club, pleading for the sake of someone else. He sees beneath her mousy exterior and finds a woman so loyal she would sacrifice herself for those she loves. It’s that loyalty that draws him in at first, and then her passion makes him burn.

When Amber’s poor choices force Cassie to choose between her sister and Dante, will she choose the person she has tried to protect all her life, or the man that would never betray her? Can Dante keep her safe from the war brewing in his dark world?

Cassie was spectacular as she approached his table. Gone was the frumpy mouse who had begged to pay back her sister’s debt. In her place was a woman in full possession of her beauty, sophisticated and elegant, head held high and shoulders back.

Her dress was still more conservative than most women would wear, falling to her ankles, but the filmy chiffon moved around her like fluid, undulating and sinuous, and the sleeves kept fluttering open to permit tantalizing glimpses of her pale, slim arms. He wasn’t the only man whose eyes followed her through the restaurant. But judging by the heated look of appreciation in her eyes when she spotted him, he was the only man she would be spending any time with.

He’d make sure of it.

Once she was seated, the host disappeared, and Cassie put her menu down. “I don’t speak French,” she whispered, her expression conspiratorial.

Dante smiled and leaned across the table. “Neither do I, but I know what’s good here. Do you trust me?” He watched, waiting for her to comprehend that he meant more than just his trusting him about the food.

She sucked in a quick, surprised breath, eyes wide for a moment. But then she let it out again, determination replacing the surprise.

“Yes,” she said, swallowing. She understood. She agreed. Satisfaction curled, thick and hot, in his belly alongside his hunger– for food, for her– and Dante picked up his menu.

“I don’t know, I’ve never had it,” Cassie admitted.

“Well, how adventurous are you?” Dante teased, and she looked up at him through her lashes. If she were a practiced flirt, he would’ve described it as coy, but Cassie wasn’t a practiced flirt. That was why she was so compelling to him. There was no artifice to her interest in him.

“With the right person… or the right incentive?” she asked, and he could feel his smile growing, a genuine smile rare for him.

“Very adventurous, then.” She licked her bottom lip, and he wondered if she’d done it on purpose, trying to tempt him beyond bearing.

“Welcome to Toulouse,” the server said, popping the little bubble encapsulating them. Dante bit back a laugh when Cassie jumped at the man’s sudden appearance. “I’m David and I will be your server for the evening. Would you like to hear the specials?”

“No, thank you. We’ll both start with the lobster bisque and then have the duck. And bring us a bottle of your best chardonnay,” Dante answered, handing the man both their menus.

Dante leaned back in his plush chair and observed Cassie. She was glancing around the restaurant, a look of appreciation on her pretty face, and he couldn’t blame her. Toulouse was as beautiful as its view of downtown Dallas. She studied the other patrons, one by one, and then gasped.

“Dante,” she whispered and leaned across the table, granting him an enticing view of cleavage. He could tell she wasn’t wearing a bra and her movement caused her breasts to shift in the most delightful way.

“Yes?” He shifted focus from her chest to her face, no less compelling to his libido.

“Is that the mayor?” She gestured with a flick of her eyes behind him.

Dante turned slightly to see the Mayor of Dallas and his wife enjoying a meal with another couple. “Yes.” He smiled at her wide eyes, pleased to be able to give her this experience. He’d expected to be amused by her excitement, to meet minor celebrities, but he found it charmed him instead. “And behind you is one of the star running backs for the Dallas Cowboys.”

Cassie swung her head around so fast he actually worried she might get whiplash. 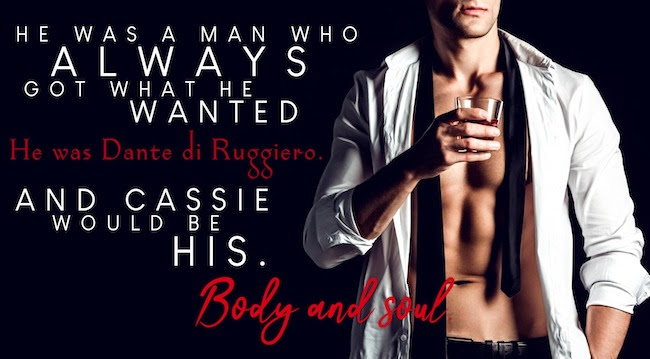 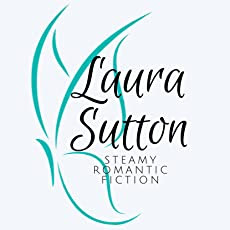 I write steamy romances and the compelling, hot, sexy, heroes that dominate those pages and the heroines that fall in love with them.

My day-to-day is full of time at the beach, playing fetch with my dogs in my backyard, and often thinking up new ideas and worlds that help bring my books to life. I'm a small town Texas girl who likes to dream big and put those big dreams down on the page!