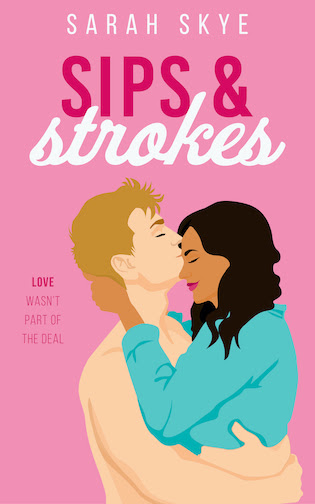 Lily Maldonado is screwed. The people-pleasing art professor has been roped into attending her ex’s wedding by her overbearing, image-obsessed parents. Even worse? The woman her ex is marrying is Lily’s childhood bully. She can’t back out, but she’s not sure she can face this nightmare solo.

Enter Calder Ross. The sexy Scot’s abs have graced the cover of many romance novel bestsellers, but the reformed playboy needs a more serious image if he wants to land his dream job as the spokesman for Sonce Whisky. Modeling for Lily’s figure drawing class is step one in the right direction.

After their very adorable—and very naked—meet-cute, Lily and Calder realize that they can be each other’s saving grace. Lily can bring Calder to the wedding as her fake boyfriend to ward off pitying stares. Calder can bring Lily to Sonce events as his fake girlfriend to show he’s the responsible, relationship-minded guy that execs want as the face of their brand.

But the longer Lily and Calder play pretend, the harder it becomes to deny the very real chemistry between them. Will they play it safe and stick to their fake roles? Or will they throw out the playbook completely and risk it all for love?