Woman Inside by Cherime MacFarlane 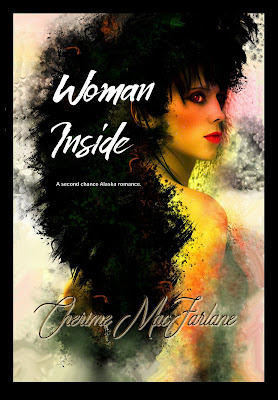 Trudy worked full time and a major side hustle to get enough money for her own slice of the American dream, land. Not just a box she slapped money down on, but acreage. Only problem, it’s in interior Alaska, where the temperature can fall below minus 25. Her next-door neighbor doesn’t think this cheechako will make it without a man. Trudy has no choice, there is no backup plan.

Deak has problems of his own. His wife died in an accident and he can’t move forward. Still, something about his new neighbor is appealing. Maybe it’s the dark hair she can’t seem to keep tamed that has his fingers itching.

Meet Cherime MacFarlane, Award-Winning, Best-Selling Author. A prolific multi-genre author, she has a broad range of interests that reflect her been there-done-that life which has carried her from New Orleans, LA to Alaska. Romance, Historical Fiction, Fantasy, Paranormal, all sorts of characters and plots evolve from a vivid imagination fueled by a voracious appetite for knowledge. Nothing is too esoteric.