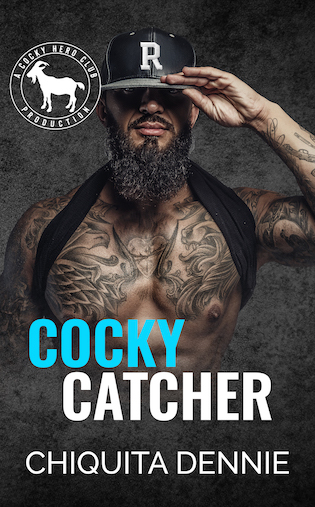 Gage Young is the hottest baseball player in the league. This billionaire catcher can lead the team to the World Series and win Daddy of the Year—but he can’t capture the heart, mind, and body of softball coach Nina Mitchell.
Nina’s dealing with more than an arrogant baseball player who’s used to running the show. Her family’s business is under pressure to sell out and make room for another mall. Come to find out, Gage Young has a stake in the deal.
Can these two headstrong players let regulations slide? Or will rules and regulations get in the way of new love?
This is based in the world of New York Times Bestselling Authors Penelope Ward and Vi Keeland Cocky bastard series.

Goodreads / Amazon
—
EXCERPT:
I continued walking down the street, as suddenly another paparazzi jumped out of the alleyway and we both jerked back, completely shocked at the lengths they would go to just to get the so called perfect shot. We suddenly bumped into another person attempting to juggle a small bag of groceries, her cell phone, and I watched as a drink fell on the ground.
“Oh shit!” the young lady screamed. Right as she bent down I followed suit to help clean up the mess. Her features were intoxicating, even with the light glare of the camera flash, and seeing spots from the flash. She couldn’t have been over 5’6” or 5’7”. Our hands grazed over picking up her keys; just then an electric pulse thrummed through my body and caused us both to pull back. She was smiling and thanking me profusely until she looked up and met my gaze.
“Wait, it’s you!” she replied, jumping back in shock.
“Yeah, I get fans at random times recognizing me and wanting an autograph and a picture, but I’m on a date, so I’ll have to decline, I hope you can understand.”
“Trust me, the last thing I want from you is an autograph,” she scoffed, rolling her eyes. “Oh, my God! You ruined my dress!” Elizabeth shouted, wiping her hands down her dress to try to slough off the frozen concoction that had spilled all down her front.
“What’s that supposed to mean?” I asked.
“My cell phone might be broken,” the young lady replied, bending down and cursing under her breath. I reached over and picked up her torn grocery bag to put her things on the ground that scattered away when I suddenly noticed a vibrator sitting next to her pint of Chunky Monkey ice cream.
“Looks like you’re planning on having an eventful night tonight,” I said, not bothering to
hide my smirk.
“Give me that back,” she spat as she grabbed the vibrator from me and threw it back in her bag. I could see the flush climbing up her neck, making me wonder what she looked like when she climaxed during sex.
“What’s the rush?”
“If you focused more on your posture, and listening to your coach, rather than being selfish and doing your own thing, and less on what I have in my bag, you’d be hitting your stats,” the sassy woman snapped, giving me a rundown on what I needed to
improve on.
“Oh, you’re one of those.” She reached out and grabbed her keys, picking up the torn bag.
“One of what?”
“A baseball fanatic that thinks they know the game better than the professionals. It’s cute, babydoll, but I’m good over here.” She chortled in laughter.
“The last World Series the Washington Nationals won, Stephen Strasberg was named MVP. The Nationals extended their lead to 6–2 in the ninth inning, with two runs scoring on a one-out single by Eaton with the bases loaded. And my girl, Simone Biles, a Houston native and Olympic gold medalist, threw out the first pitch in the second game. You know that black girl magic reigns supreme.” She spoke eagerly, with a sarcastic undertone. I could only smile.
“So you do know a little something about baseball,” I said stepping in further to close the gap between us.
“Gage!” 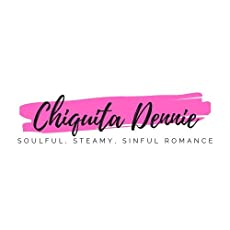 Chiquita Dennie is an Author, Filmmaker, Podcast host, and Entrepreneur. Born in Memphis, TN, and currently a Los Angeles CA native. Her background in film/tv has taught and shaped her passion for writing with her debut romance novel Antonio and Sabrina Struck In Love. Since its debut, fans have embraced the unconventional love story of Sabrina Washington and Antonio De Luca an Amazon Best Seller series.
Website / Goodreads / Facebook / Twitter / Instagram / Newsletter / Bookbub