BOOK BLITZ: Between the Pages by Lauren Baker #GIVEAWAY 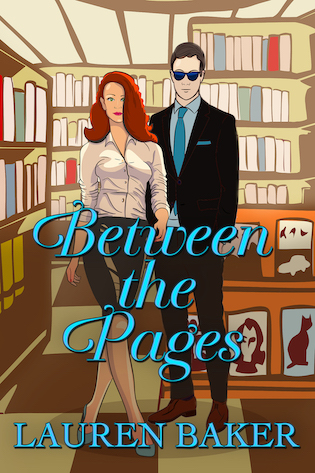 Whatever possessed her to say yes?
Emmy Flanagan never thought she’d be forced into a Faustian pact to stop her beloved bookstore being turned into a luxury residence. But when her landlord, multi-millionaire Eric Oswell, offers to postpone the eviction if she’s willing to go on a few dates with him, it’s either accept or see four years of hard work and dedication go up in smoke.
The bad news is, he’s charming, well-read and irritatingly self-assured, and they spark off each other like two characters in a Lubitsch romcom. Which makes it very hard for her to resist the powerful physical attraction between them – even though she knows it’s a terrible idea. He woos her with classical concerts, nights at the opera, art exhibitions and a magical mystery Thanksgiving trip – but his deep-rooted trust issues and traumatic family secrets threaten to destroy their relationship before it’s had a chance to prove itself.
Set in contemporary New York City, Between the Pages charts a fast-moving romance with explosive chemistry between two very different but equally driven people. It’s Lauren Baker’s second novel after Finding Home, co-written with New York Times and USA Today bestselling author Bonnie Dee.

Goodreads / Amazon
—
EXCERPT:
They stepped out into challenging weather — the rain had picked up in intensity while they were dining, coupled with a buffeting wind that made even walking a few hundred yards unpleasant work. Eric was holding her close, and mellowed by the food, the drink, the music, Emmy leaned into his body, instinctively seeking the warmth radiating from him.
“This time, I’m not letting you go home alone in this godawful weather,” he said, steering her towards the car that pulled over at their level.
Emmy would’ve resisted, but her body betrayed her, too happy to spend longer wrapped in his warmth and to escape being lashed by the wind and drenched by the rain. The car was warm and spacious, its leather seats comfortable, the driver a silent presence behind a glass screen, while Eric was next to her, his arm now slipped behind her shoulder, in a loose familiar hug that neither threatened nor excluded further action.
He smelled masculine and enticing, with a hint of discreet cologne, and when she found herself inhaling deeply, he in turn pulled her in a little closer, until her head was on his shoulder and her whole body tingled with slow-burning arousal. It was both so very wrong and so perfectly right as they sped through the rain-soaked night, the city lights flickering in every puddle and wet surface they passed, the low hum of the engine lulling her into a sensual torpor.
The movement was almost imperceptible, but his hand was suddenly near her face, and his thumb brushed lightly against her full bottom lip, which sent unerring messages of lust through her body. His thumb stroked her mouth two, three times, before she parted her lips, and heard him draw a shuddering breath. Oh. Oh. He was at least as into this as her, clearly.
Next thing she knew his mouth was on hers, his hand sliding to the back of her head as he kissed her tentatively. His lips were warm, soft, and gentle on hers, the kiss light, but it set off a wave of desire rippling through her body, the strength of which shocked her. Eric was obviously holding himself in check — he was taking his time, dropping kisses from one corner of her mouth to the other, feather light touches that were unraveling her entirely. He tasted of bitter coffee and dark chocolate, and somehow these had just become the most delicious and exciting flavors in the world.
His tongue flickered out, sweeping against her lip, electric, and she couldn’t contain a whimper of raw need which in turn spurred him on, from tentative to more demanding, until she surrendered her mouth to him, and God, Eric Oswell could kiss.
He pulled her closer to him, chest to chest, her nipples erect and aching pressed against his solid frame, and she ran a hand up his shoulder and into his hair, fingertips cradling his head as the kiss deepened. His hands were stroking her neck and back, leaving trails of fire in their wake, and Emmy became aware of a deep throbbing need in her that was threatening to overwhelm her sanity. She wanted more, more of his insatiable mouth, more of his agile tongue, more of the masculine scent that was invading her senses.
When he pulled away and rested his forehead against hers, drawing shaky breaths as they both tried to regain control of themselves, she realized she was trembling. Also, that the car had pulled over in what, upon close inspection, turned out to be her street. Time to call it before they hit the point of no return, and no matter how desperately she wanted him to come up to her apartment, there was absolutely no way she was going to ask him. 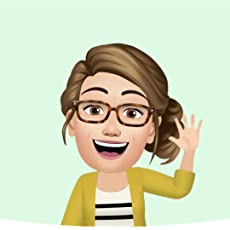 London based journalist with a sideline as a romance writer; also a prolific reader, and keen on all things fiction - on the page, the stage, the big screen and the small. Dreamer at heart.
Twitter / Facebook / Goodreads