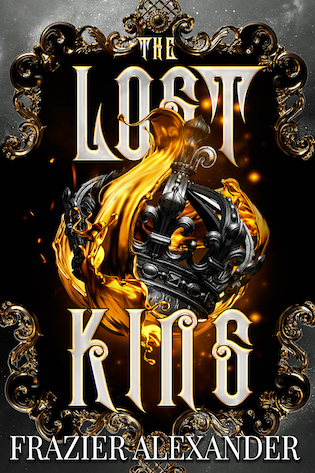 In an ancient place, in an ancient time…
King Athan vanishes at sea. His children, prince Thalos and princess Thara, drift apart with age, their kingdom falling into ruin. Thalos stubbornly clings to the past; Thara, resentful of her father, looks to the future. In the wake of this decline, a beautiful enchantress usurps the throne from the estranged siblings. She exiles Thalos to the edge of the world and slowly enslaves Thara’s mind.
In his exile, Thalos finds another castaway—an old comrade of his father. Together they begin a voyage in search of the lost king. Thara, meanwhile, resists the new queen’s coercive spells and finds a resistance of creatures still loyal to her father.
With a vast world of enchanted islands and beings between them, Thalos and Thara struggle to restore their family and rekindle the hope of the true king’s return. Along with creating his own mythological backdrop for his stories, Frazier is an amateur calligrapher, map-maker, and artist. He is currently working on his master’s in Medieval Literature at the University of North Texas.
Website / Instagram / Facebook