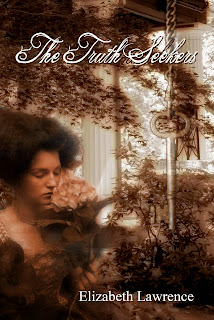 Summary:
At the turn of the century, the Victorian upper classes live in a vibrant but strictly-ordered world that encourages gentle, intellectual pursuits. Theirs is a life of ease and elegance, but it can be snatched away from them in an instant if the rules of polite society are not followed. Gothic novelist Geoffrey Hawes has never been willing to let such restrictions hold him back, and he refuses to honor conventions for which there is no discernible value. When he spends a social season in a community created to celebrate the Arts, music, and philosophy, he is unexpectedly befriended by the daughter of the Governor, Miranda Claridge.

You are the epitome of a multi-tasker: Doctor Who connoisseur, mother, editor, writer, wife, et cetera, but I want to focus on the editor/writer relationship with yourself. What does it take to balance it? How difficult is it to see plotline after plotline pass before your eyes and keep the ideas out of your own work; also, how stringent do you allow your editor half to be on your writer side? In an ideal world, which would you like to be doing full-time?

When I work with a writer for the first time, the initial reaction tends to be dismay. Even seasoned authors have a difficult time having their work dissected, and I’m not in the habit of handing out warm fuzzies when I edit. However, once we begin discussing recommended changes and potential solutions, I find that authors become much more confident about talking to me about their manuscripts. They even come to realize that a positive comment from me praising a particularly effective passage is a huge compliment, since I tend to be focused on explaining what they could do better rather than on what already works well. Over the course of editing their manuscript, authors learn that I actually have a deep respect for their characters, their story, and their voice, and I will go to great lengths to ensure the best possible presentation of their words and ideas. I take their work very seriously, and this is due in part to my own experiences as an author.

When I read a novel for fun, I can experience it like a normal reader, only having editorial twinges if the author has pinged one of my pet peeves. Otherwise, I can disregard many sins that I would object to on a novel I was editing. It’s important for me to be able to “switch off” the editor because I am an avid reader, and I would hate to no longer be able to properly lose myself in a story. Also, I primarily edit romance novels, but my preferred reading is cozy murder mysteries, so the elements of the books I read are different from those of the manuscripts I edit.

I never write reviews for novels I have edited. This is because when I edit I do not approach the novel as a reader. I am not experiencing the story recreationally (for lack of a better term). A good comparison might be what surgeons when they look at their patients in the operating room. They may have a deep commitment to preserving life, but their focus will be on fixing the internal problems, not on the patients’ external packaging, so to speak. Similarly, I am elbow-deep in manuscript entrails when I edit, and so I’m viewing the plot and characters clinically rather than with my imagination. And like a surgeon, who could never possibly remember the details of all the spleens or stomach viewed over the course of his or her career, I do not keep the details of each manuscript stored in my head. In fact, I almost have to forget, or my head might explode. I do, after all, work on a LOT of manuscripts.

The important thing is that when I sit down to work as a writer, I’m in a much different headspace. I’m conscious of all the things I badger other authors about, but I try to set those concerns aside initially in favor of focusing on just writing. Turning off my inner editor is perhaps the biggest challenge I face, so I will participate in NaNoWriMo and writing circles to help me overcome it. These sorts of vehicles present me with a metaphorical gun to the head and force me to write quickly without second-guessing myself. Later, I will go back and let my inner editor loose. I will comb over a manuscript over and over until someone drags it away from me, which is why The Truth Seekers is being published over three years from when I began working on it. I’m still not satisfied with it; I doubt I ever would be. This is why I often tell authors that they shouldn’t complain about the grief I give them – I’m so much harder on myself!

In the end, I consider myself a writer first and an editor second. I do think that it takes a special kind of thinking to be an effective editor, and I’m glad that I have been able to help the authors with whom I’ve worked in the past. But writing is my first love, and if someone would give me pots of money to just do that all day long, I’d be happy to oblige. 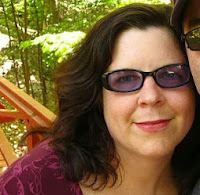 Author Bio:
Elizabeth Lawrence is the author of both contemporary and period romances. Each book incorporates its own unique blend of humor and reverence, the peculiar and the mundane. In addition to her novels, Elizabeth serves as a freelance editor. A lifelong writer and former paralegal, Elizabeth divides her free time between her husband and two sons, her three cats, her collection of cozy murder mysteries, and her mildly severe caffeine addiction. A native of Lawrence, Kansas, Elizabeth now works from her home in Cleveland, Ohio.

Social Links:
About.me I Blog I Facebook I Goodreads I @ELawrenceAuthor